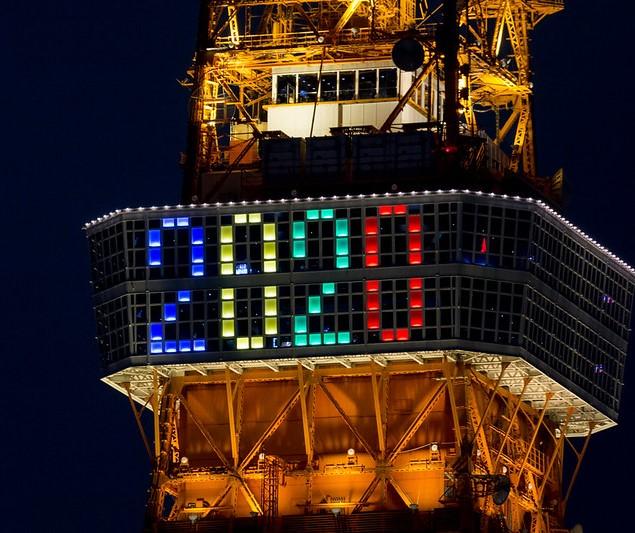 An International Olympics Committee (IOC) member signaled that the Tokyo Olympic Games will likely be postponed, probably until the summer of 2021, with pandemic COVID-19 activity surging on some continents and picking up momentum in several countries.

In other developments, as the global total climbed past 375,000 today, countries where disease activity is accelerating announced new steps to slow the spread of the virus, including New Zealand.

Early this evening the global count or reported cases reached 375,458, according to the Johns Hopkins online tracker.

The 2020 Summer Olympics are slated to begin in Tokyo on Jul 24, but Japan is battling its own outbreak, and disease activity in most of the world's countries has seriously hindered athlete training and qualifying events.

IOC officials had said they would consider different scenarios over the next 4 weeks, but over the weekend, Canada announced it wouldn't send its athletes unless the games were postponed a year and Australia advised its athletes to prepare for games in 2021, CBS News reported.

Japan's Prime Minister Shinzo Abe told the country's lawmakers today that the games may need to be postponed, according to a Reuters report. Japan has recorded 1,055 cases, and cases in Tokyo are increasing, and government officials have asked people to avoid public gatherings for the next 3 weeks.

Dick Pound, Canada's representative to the IOC, told USA Today that the Games will be postponed, though the parameters haven't been fleshed out. He later told the Canadian Press that he believes the Olympics will be moved to a later date.

WHO says pandemic is accelerating

With a video and other messaging in 13 languages featuring 28 players, the campaign urges the public to take five steps: hand washing, coughing etiquette, not touching your face, physical distancing, and staying home if feeling unwell. FIFA President Gianni Infantino said, "Like football, by acting together with determination, discipline, and teamwork, we will win."

Also during the briefing, Tedros said the pandemic is accelerating, jumping from 200,000 to 300,000 cases in just 4 days. He says stay-at-home measures are important, but are mainly a defensive move against the virus. He acknowledged, however, that some countries are struggling with more proactive tactics, such as testing and contact tracing.

Also, he said the reports of large numbers of infected healthcare workers are alarming. Tedros said this week that he will address the leaders of G20 states to work together to increase the production of protective equipment and navigate export bans. "We need unity," he said.

Marking a second day of a slight decline in daily cases and deaths, Italy's health ministry today reported 4,789 new cases and 601 fatalities, raising the respective totals to 63,927 and 6,077.

In Spain, which seems to be following Italy's trajectory, health officials reported 4,321 more cases, for a total of 33,090, the fourth-highest behind the United States. The country also reported 435 more deaths, putting its fatality count at 2,207.

Social media posts are describing overwhelmed hospitals, similar to earlier reports from Italy, including a video of sick patients crowded in a Madrid hospital corridor, some lying on the floor and receiving oxygen. The capital city is the Spain's biggest hot spot.

The country has 2,355 patients in intensive care, 942 of them in Madrid, El Mundo reported. Because of overwhelmed funeral homes, health officials are using an ice arena to store bodies before they can be taken to crematoriums.

In France, health officials are considering extending containment measures, Le Monde reported today, noting that the country reported 3,176 new cases, raising the total to 19,856. It also added 186 more deaths, lifting the fatality count to 860. About 2,000 are in intensive care.

New Zealand said today that it would move to its highest alert level, which comes with self-isolation, the closure of nonessential services, and the closure of schools, Reuters reported. Cases in the country are still low, but have recently more than doubled, to 102. No deaths have been reported.

In India, officials today announced the shutdown of domestic flights and a curfew for Delhi, the country's largest state, which includes the capital city New Delhi, according to Reuters. The pace of new infections is rising, with 415 cases reported so far, 8 of them fatal. Masharashtra state has the most cases and has also imposed a curfew.

Saudi Arabia, which has recorded 562 cases, has also announced a dusk-to-dawn curfew for the whole country, Agence France-Presse (AFP) reported. Elsewhere in the Middle East, Iran today reported 1,411 new cases and 127 more deaths, raising its respective totals to 23,049 and 1,812. And the United Arab Emirates, which has reported more than 150 cases and 2 deaths so far, closed malls in Dubai to help slow the spread of the virus, according to a separate AFP story.

Activity picks up again in some Asian nations

Some countries in Asia that were hit by an initial wave of COVID-19 activity during China's outbreak are experiencing resurgences, partly caused by imported cases.

Hong Kong today reported 39 more infections today, lifting its total to 357, according to China's Center for Health Protection. The agency notes that 31 had a travel history during their incubation periods.

Singapore today reported 54 more cases, 48 of them imported and 6 local, for a total of 509 cases, and Malaysia, where new activity was partly triggered by illnesses linked to a large religious gathering, reported 212 new cases today, putting its total at 1,518.