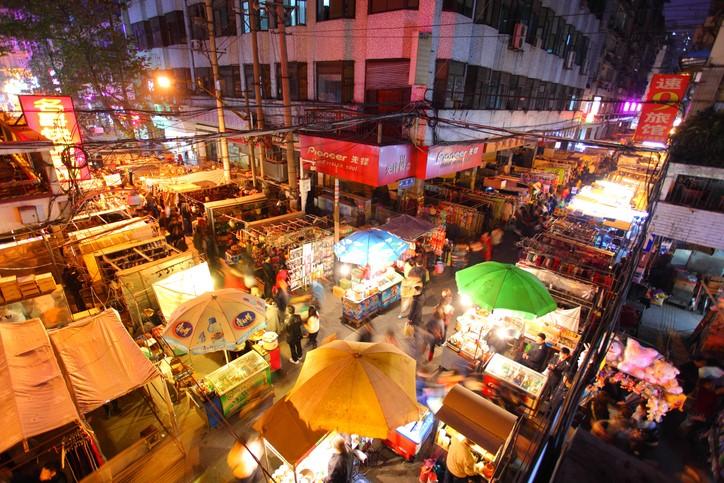 In other developments, the World Health Organization (WHO) weighed in on the outbreak with a few more details and a risk assessment based on limited preliminary information, and US officials posted a travel watch.

Meanwhile, administrative regions and other countries in Asia continue to flag sick travelers coming from Wuhan, a city of 19 million inhabitants, but so far none appear to be linked to Wuhan's pneumonia cluster, which is centered around a seafood market that also sold birds, other animals, and organs from wildlife.

Wuhan health officials said 7 of the 59 patients are critically ill, a decline from 11 reported Jan 3, and they added that illness onsets range from Dec 12 to Dec 29, according to a statement translated and posted by FluTrackers, an infectious disease news message board. The patients are being treated in isolation, and no deaths have been reported.

So far 163 contacts are under monitoring, an increase of 42. No clear evidence of human-to-human transmission has been found and no illnesses have been reported in healthcare workers. The epidemiologic investigation shows that some patients were vendors at the South China Seafood Wholesale Market.

Earlier in the investigation, Wuhan officials said tests had already ruled out respiratory pathogens including influenza, avian influenza, and adenovirus.

In a statement yesterday, the WHO said China notified it about the outbreak on Dec 31 and added that WHO officials are seeking more information to help with their risk assessment. The main clinical signs are fever and pneumonia, with some patients experiencing breathing problems. Chest radiographs show invasive lesions of both lungs.

Chinese authorities told the WHO that some patients were dealers or vendors at the seafood market and that the preliminary investigation by Chinese investigators has found no evidence of significant human-to-human transmission and no sign that sick patients have passed the infection to medical workers.

The WHO said there is limited information to form a risk assessment. The link to the wholesale fish and animal market could signal a link to an animal source. It added that the patients' symptoms are common to several respiratory diseases, and that pneumonia is common in the winter. "However, the occurrence of 44 cases of pneumonia requiring hospitalization clustered in space and time should be handled prudently," the agency said.

Wuhan is the capital of Hubei province, which is home to 58 million people, the WHO said, adding that it has requested more information on lab tests performed and the differential diagnoses that clinicians considered.

The WHO said it doesn't recommend any specific measures for travelers and urged travelers who experience respiratory symptoms during or after travel to seek medical attention and share their travel history with health providers.

In a related development, the US Centers for Disease Control and Prevention (CDC) today issued a level 1 travel watch—the lowest of its three levels—for China's outbreak. It said the cause and the transmission mode aren't yet known, and it advised travelers to Wuhan to avoid living or dead animals, animal markets, and contact with sick people.

The CDC said the market connected to the mystery outbreak sells chickens, bats, marmots, and other wild animals and has been closed since Jan 1 for cleaning and disinfection.

"The situation is evolving. This notice will be updated as more information becomes available," it said. The CDC also urged clinicians to take a cautious approach to sick patients who have a history of travel to Wuhan.

As a precaution, some administrative regions and countries near China have stepped up screening in people who traveled to Wuhan, but so far, there's no indication that any of them are part of the Wuhan cluster.

As of today, Hong Kong has identified 21 sick travelers arriving from Wuhan, and most have tested positive for different respiratory viruses, according to an enhanced surveillance list from the Centre for Health Protection (CHP). They include seasonal influenza (2009 H1N1 and H3N2), human rhinovirus, enterovirus, parainfluenza type 1, respiratory syncytial virus (RSV), coronavirus 229E, coronavirus OC43, and metapneumovirus.

In a separate statement today, the CHP said that over the past 24 hours six patients who had been to Wuhan in the past 14 days presented for medical care. None had visited live-animal markets in Wuhan before their symptom onsets, and all are in stable condition. Of 21 sick travelers identified so far, 7 have been discharged.

According to media reports over the weekend, Singapore identified a sick Wuhan traveler, a child who tested positive for RSV, and Taiwan identified eight passengers with mild symptoms, with tests results for four of them revealing common viruses such as seasonal flu.

Michael T. Osterholm, PhD, MPH, said it would be useful to know more details about testing, including more details on results that were negative. For now, the key message is that the outbreak isn't rapidly escalating, he added.

Experts in and outside of China have raised the possibility that a new type of coronavirus may be responsible, and since the SARS outbreak in 2003, scientists have been looking for clues about how that virus emerged and for warning signs of any newly emerging similar viruses.

In April 2018, Chinese researchers and their collaborators in the United States identified a novel coronavirus that triggered die-offs in piglets at four farms in Guangdong province in 2016 and 2017. The new coronavirus, called swine acute diarrhea syndrome coronavirus (SADS-CoV) in the piglets matched genetic sequences found in Chinese horseshoe bats, which are known to harbor SARS-like viruses.

Blood tests on farm workers were negative for exposure to SADS-CoV.

In a 2017 study, Chinese researchers who spent 5 years analyzing SARS-related viruses in horseshoe bats in a cave in Yunnan province found 11 that had all the genetic building blocks of the strain that infected humans, including 3 that use the same receptor to enter human cells.

Osterholm said if the pathogen implicated in the Wuhan cluster is a coronavirus, he worries about possible hospital outbreaks and a "superspreader" event. "But without evidence that a coronavirus is involved, we just don't know," he added.