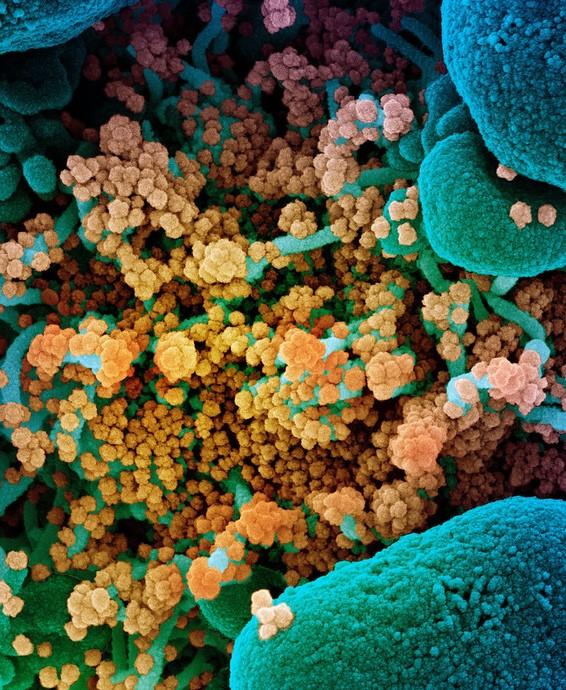 Levels of antibodies against SARS-CoV-2, the virus that causes COVID-19, dropped dramatically over the first 3 months of infection in 34 people recovered from mild illness, University of California at Los Angeles researchers have found.

Their research letter, published yesterday in the New England Journal of Medicine, said that antibody levels against the novel coronavirus decreased by about half every 73 days and, if that rate were sustained, would be depleted within about a year.

In the first known estimation of the rate of SARS-CoV-2 antibody decay, the researchers studied the blood samples of 20 women and 14 men who had recovered from a mild case of COVID-19. They conducted tests to detect and quantify immunoglobulin G (IgG) antibodies against the coronavirus 36 and 82 days, on average, after symptom onset in 31 participants. The remaining three were tested three times between roughly 37 to 86 days after illness onset.

Mean participant age was 43 years (range, 21 to 68). Four of the 34 participants had symptoms characteristic of COVID-19 and an infected household contact but not been tested because of only mild illness and limited testing availability.

The protective role of antibodies against the novel coronavirus is not known, but antibodies usually confer at least partial antiviral immunity for some time, the authors noted. The study found that the rate of antibody loss for SARS-CoV-2 was faster than that reported for SARS-CoV-1, the virus that causes severe acute respiratory syndrome (SARS).

The findings are similar to those of several previous reports showing rapidly decreasing antibody levels after infection, including one published Jun 18 in Nature, which showed that levels of antibodies against COVID-19 began to decrease within 2 or 3 months of infection.

The researchers said that their findings mean that people with mild illness—that is, most people with COVID-19—may not have long-lasting immunity to it, although they can't extrapolate beyond their 90-day observation period, after which the decay rate would be expected to slow.

The results also dim hopes for "immunity passports," which some governments have suggested would allow recovered COVID-19 patients to return to work or travel on the presumption that they were immune against reinfection, and well as for lasting herd immunity, in which at least 60% of people are immune after recovering from infection.

"The results call for caution regarding antibody-based 'immunity passports,' herd immunity, and perhaps vaccine durability, especially in light of short-lived immunity against common human coronaviruses," the authors wrote. "Further studies will be needed to define a quantitative protection threshold and rate of decline of antiviral antibodies beyond 90 days."