Virologists weigh in on novel coronavirus in China's outbreak 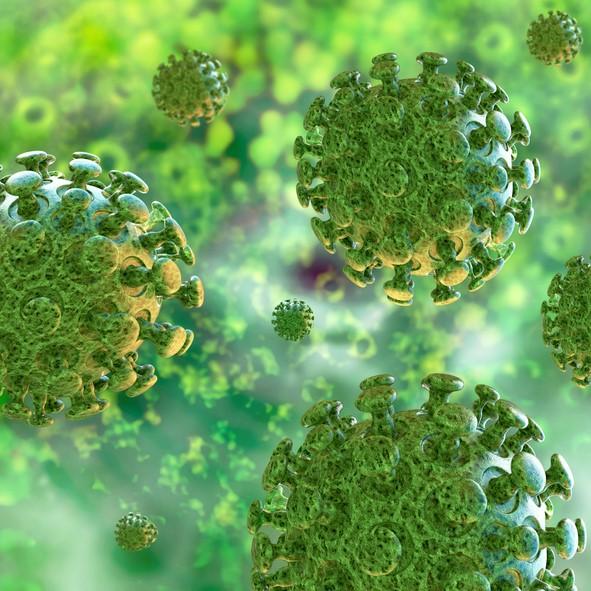 As suspected, a novel coronavirus has been identified in some patients who are part of a cluster of unexplained pneumonia cases in Wuhan, China, according to unnamed sources familiar with the investigation who are cited in a Wall Street Journal (WSJ) story today.

As scientists and health officials wait for official statements and more confirmation details, some virologists say they're not surprised to see another human emergence of coronavirus, a species that is becoming a bigger player on the world stage. The new discovery comes in the wake of the SARS (severe acute respiratory syndrome) outbreak in 2003 and the first human detection of MERS-CoV (Middle East respiratory syndrome coronavirus) in 2012.

A WSJ source said the novel strain has been genetically sequenced from one patient sample and was found in some of the others, but it hasn't been confirmed as the underlying cause in all of the 59 outbreak cases.

Tim Sheahan, PhD, a coronavirus expert who is an assistant professor in the department of epidemiology at the University of North Carolina at Chapel Hill Gillings School of Global Public Health, said there are six coronavirus known to infect humans. Four of them typically cause common cold symptoms. The other two— SARS and MERS-CoV—have been linked to two sometimes fatal illnesses.

Like SARS and MERS-CoV, the newly detected coronavirus probably has a zoonotic source, he said, noting that intensive epidemiological investigations are likely under way in China to trace the virus reservoir.

The seafood market at the center of the investigation also sold live animals such as poultry, bats, marmots, and snakes. In the SARS outbreak, bats harbored the virus, which passed it to palm civets as the intermediate host, which then transmitted the virus to people in the live-market setting.

Before SARS emerged, coronaviruses were typically known as nuisance viruses in agriculture and pets, but over the last two decades they have become game changers, given that some of the newly identified ones can cause severe disease, Sheahan said.

Virologists say what's known so far about the patients' clinical picture fits with coronavirus infection, but they want to know more about the profiles of patients who are getting sick, such as their ages and if they have underlying health conditions.

Sheahan said SARS and MERS-CoV can kill lots of people, but they can also cause less severe, subclinical disease. Also, he notes that little is known about the clinical outcomes of the new infections in China, given that the symptom onset for the first patient was Dec 12, which wasn't that long ago.

Vineet Menachery, PhD, a coronavirus expert who is assistant professor in the department of microbiology and immunology at the University of Texas Medical Branch (UTMB), said SARS and MERS-CoV are much more lethal in people older than 50.

"With 59 cases and several in serious condition. I am wondering if it hits harder in elderly people or people with preexisiting conditions or comorbidities," he said.

He also wants to know more details on patients' serologic findings and if the virus is a member of the 2B coronavirus family, a group that includes SARS. "Assays developed for SARS could also be used to test these patients, especially the people who were infected earlier during the outbreak as they'd have antibody responses by now," Menachery said.

The identification of what now appears to be a third novel coronavirus that can cause serious human disease in the last 20 years signals a paradigm shift for coronaviruses, Sheahan said.

When SARS emerged in southern China in 2003, it sickened nearly 3,100 people, 774 of them fatally, in 37 countries in less than a year. MERS-CoV—with its nonspecific symptoms and easy spread in healthcare settings—has triggered large hospital outbreaks and is still causing smaller healthcare-related events, mainly in Saudi Arabia.

"What do we do to prepare for this future?" he said.

SARS taught the world multiple important lessons, such as the importance of basic and powerful public health practices, such as asking about travel history during health screening and using standard precautions during medical evaluations, Sheahan said.

After scientists characterize the novel virus, the next step will be to develop a quick test to help triage patients, he said.

Sheahan said intensive research efforts are under way on countermeasures, such treatments. He and his colleagues are part of a team amassing a catalog of different coronaviruses for broad-spectrum antiviral testing.

A different world since SARS

China is a very different country today than when SARS emerged, and in 2003 its health officials leaned heavily on experts from other countries to, for example, genetically sequence the virus, Sheahan said.

Now, China's expertise is much more advanced, he said. "This is their opportunity to prove to the world that they are capable and can do this themselves."