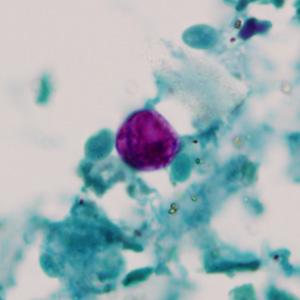 Texas recently issued an advisory to health providers about a rise in Cyclospora cases, and Canada yesterday said it was investigating 51 cases in four provinces.

In a related development, an increase in Cyclospora infections in United Kingdom residents who traveled to Mexico prompted a warning on Aug 10 from Public Health England (PHE).

A number of Cyclospora infections occur each year in those who travel outside the United States, and foodborne outbreaks in the country over the past decades have been linked to imported produce, including raspberries, basil, and snow peas. Since 2013 the parasite Cyclospora cayetanensis has been the cause of large multistate outbreaks, including one in 2013 and a 2014 event centered in Texas that was partially linked to cilantro imported from Puebla, Mexico.

The intestinal disease is endemic in some tropical and subtropical countries and is spread by eating food or drinking water contaminated by feces. Symptoms occur between 2 and 14 days after ingesting food or water tainted with oocytes, and the hallmark of the disease is profuse diarrhea that can last weeks to months.

In the Texas advisory, state health officials said 55 cases were reported over the previous month. according to an Aug 5 report from Food Safety News (FSN) that cited the advisory and a press officer from the Texas Department of State Health Services (TDSHS). The case count has since grown to 78, a TDSHS official told CIDRAP News today.

"We’ve had 78 cases of Cyclospora infection reported in Texas so far this year. We have not identified any sources yet. The investigation is ongoing. We suspect it is foodborne (likely a fresh produce item) but we’re looking at all possible exposures," said Carrie Williams, director of media relations for the TDSHS.

The advisory asked health providers to rapidly report cases to help investigators determine the source of the outbreak.

Canada: 51 cases since May

The Public Health Agency of Canada (PHAC) said yesterday that 51 cases have been reported from four provinces, most of them from Ontario. The affected provinces are Ontario (44 cases), Quebec (4), Alberta (2), and British Columbia (1). Illness onsets range from May through July.

Just over half (51%) of the patients are male, and one person has been hospitalized.

The investigation is ongoing, but the PHAC said so far no multiprovince Cyclospora outbreaks have been linked to produce grown in Canada.

In the UK, PHE is warning Mexico-bound travelers that 204 Cyclospora cases have been reported since Jun 1, 148 of them in tourists who stayed in hotels and resorts on the Riviera Maya coast.

In a statement, the agency said an investigation into the source of the infections is under way.

Vanessa Field, MBBS, deputy director of the National Travel Health Network and Centre, said, "It is very important to reinforce the need for travelers going to tropical or subtropical countries, including Mexico, to follow good food and water hygiene advice at all times on holiday, even if staying in high-end, all-inclusive resorts."