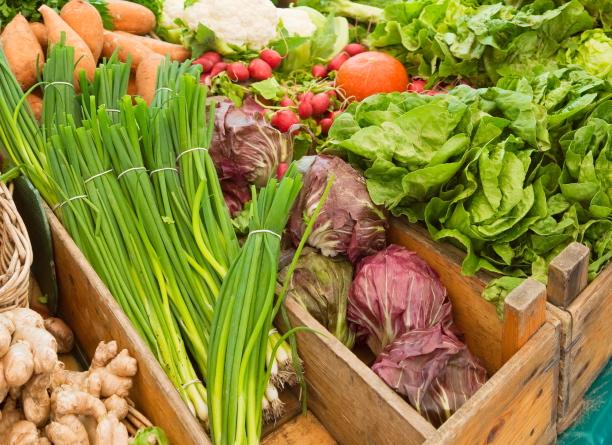 Health officials continue the hunt for a common food source in the ongoing Cyclospora outbreak, which has now affected 19 states., RachelDewis / iStock

Several states reported Cyclospora infections over the past week, pushing the total to 202, and health officials are still on the hunt for a common food source for some of the infections.

The US Centers for Disease Control and Prevention (CDC) said 202 cases have been reported as of today, an increase of 77 from the past week. More than half of the cases were in Texas, which saw its total grow by 49 cases over the past week, to 110.

Last week the CDC said outbreak investigations were under way in Texas, Maine, and Massachusetts and that federal officials were assisting state partners in their investigations.

Alan Dowell of the CDC's Division of Parasitic Diseases and Malaria said most cases were reported to this CDC month.

Health officials have been interviewing sick patients about possible common sources, and results so far suggest that some have a history of travel outside the United States. Dowell said at least 67 of Texas' 110 case-patients reported no travel abroad before they got sick.

Of 92 patients in other states who were asked about their travel history, 40 reported no travel outside the country, but at least 25acquired their infections during foreign trips, Dowell said.

Interviews with the remaining case-patients are still under way to determine how many infections were acquired abroad, he added.

The Texas Department of State Health Services (TDSHS) said today in its case count update that no common source for the infections has been identified, but past outbreaks were linked to imported fresh produce.

Cases have been reported from at least 29 of Texas's 254 counties, though three of them accounted for 40 of the infections: Dallas (21), Harris (8), and Tarrant (11). Houston is the county seat of Harris County, and Tarrant County covers the Fort Worth area.

The TDSHS urged consumers to thoroughly wash their produce, but said Cyclospora can be difficult to wash off.

Last summer Texas was the hardest-hit state during a Cyclospora outbreak that sickened at least 631 people in 25 states and New York City. The national rise in illnesses was puzzling, because Nebraska and Iowa linked their restaurant-linked infections to a bagged salad mix produced in Mexico, while Texas officials said some of their cases were likely connected to fresh cilantro imported from Puebla, Mexico.

Foodborne Cyclospora outbreaks have been reported in the United States since the mid 1990s and have been linked to many kinds of imported fresh produce, including raspberries, basil, snow peas, and mesclun.

The intestinal disease is caused by the parasite Cyclospora cayetanensis, which is endemic in some tropical and subtropical countries. Humans can contract the illness by eating food or drinking water that is contaminated by feces.

Symptoms can begin 2 to 14 days after ingesting oocytes in tainted food or water, and the main one is profuse diarrhea that can last weeks to months. Other disease hallmarks include anorexia, fatigue, weight loss, bloating, gas, nausea, vomiting, and a low-grade fever.