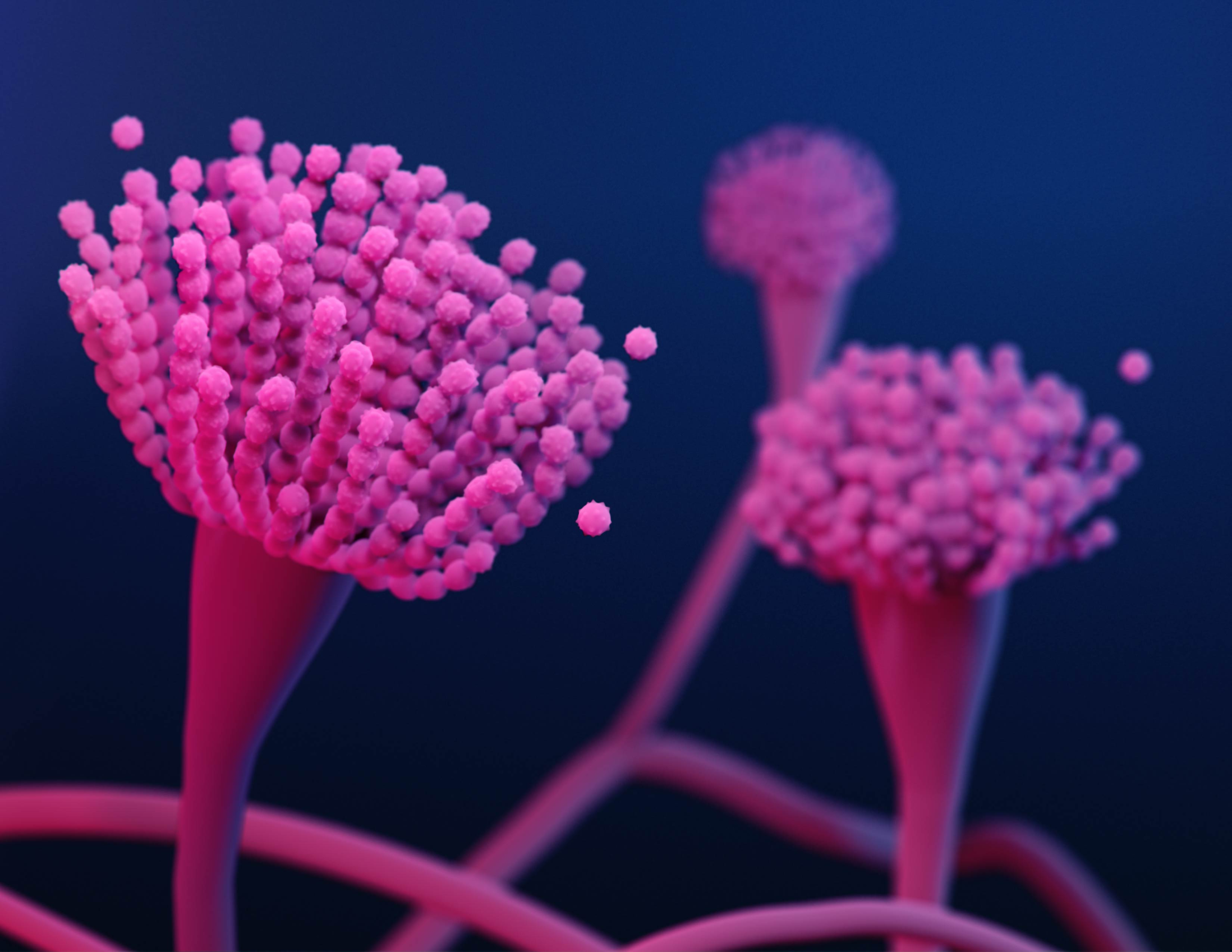 New research from a team of scientists in the United Kingdom and Ireland suggests a drug-resistant fungus has the potential to spread from the environment to susceptible patients.

The study, published this week in Nature Microbiology, found six patients with infections caused by strains of azole-resistant Aspergillus fumigatus that were genetically similar to those found in the soil and plants in England, Scotland, Wales, and Ireland—an indication that those strains had been acquired from the environment. The findings also suggested that the strains likely acquired resistance to azoles from the widespread use of agricultural fungicides.

"Our findings highlight new ways of resistant infections passing to people and show that a better understanding of where and how Aspergillus fumigatus is generating drug resistance is needed," lead study author Johanna Rhodes, PhD, of Imperial College London, said in a press release.

In the study, Rhodes and her colleagues used whole-genome sequencing (WGS) to analyze 218 A fumigatus isolates collected from patients (153 isolates) and from the environment (65) to get a better understanding of the molecular epidemiology of the fungus. They also conducted antifungal susceptibility testing.

A fumigatus is a widespread environmental fungus that's found in vegetation and soil and produces spores that can be inhaled. Among other infections, it can cause severe lung infections in at-risk populations, including cystic fibrosis patients, organ transplant recipients, immunocompromised patients, and people with flu and COVID-19. Recent global estimates have found roughly 250,000 cases of invasive aspergillosis a year.

Over the last two decades, resistance to azoles—the first-line treatment for invasive aspergillosis and one of three classes of antifungal medications used to treat invasive fungal infections—has been steadily rising in A fumigatus, with the prevalence of azole-resistant A fumigatus infections now ranging from 3% to 40%. Resistance to azoles has been linked to a 25% increase in mortality by day 90 compared with susceptible strains.

While resistance to azoles can emerge during extended azole therapy, resistant A fumigatus has also been found in patients who haven't received azoles and in the environment. This has led to a growing body of research to determine whether A fumigatus in the environment is acquiring resistance to azoles through exposure to azole fungicides, which are widely used in agriculture to protect fungal plant infections.

WGS analysis showed that the isolates fell into two clades: clade A (123 isolates), which contained most of the azole-resistant isolates, and clade B (95 isolates), which contained mostly azole-susceptible isolates. When the researchers compared resistant A fumigatus isolates from six patients, they found they were genetically nearly indistinguishable from paired environmental isolates; three of the similar isolates—two clinical and one from the environment—were isolated within the same city.

"Since patients have never convincingly been shown to transmit their A. fumigatus to the environment, this finding demonstrates that at-risk patients were infected by isolates that have pre-acquired their resistance to azoles in the environment," the authors wrote.

Rhodes and her colleagues also found previously unidentified resistance mechanisms in the isolates, a finding they say underscores the need for further research into azole-resistant A fumigatus.