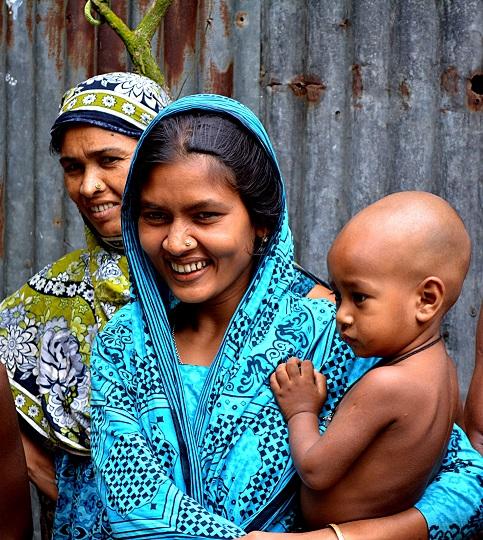 "If COVID-19 was a tsunami, then emerging antibiotic resistance is like a rising flood water. And it's kids in Bangladesh who are already going under," said co-first author Jason Harris, MD, MPH, in a Massachusetts General Hospital press release. "These kids are already dying early because of antibiotic-resistant bacteria, from what would be a routine infection in other parts of the world."

Pneumonia killed more than 800,000 children under age 5 in 2017, according to the World Health Organization, and the study researchers say that pneumonia is the third leading cause of sepsis in this age-group. Bacteremia is the presence of bacteria in the blood.

Most positive cultures were gram-negative

Children were more likely to have a positive blood culture if they were severely underweight (up to 3 standard deviations by weight-by-age), and children with bacteremia had lower mean hemoglobin levels (9.8 vs 10.3 grams per deciliter) and were more prone to severe sepsis and respiratory failure than those without.

"With the exception of K pneumoniae, these pathogens are typically not associated with a primary respiratory infection, which suggests that young children with both clinical and radiographic evidence of pneumonia may have other or additional underlying source(s) of illness, particularly in a population where concomitant malnourishment and diarrheal illness are common," the researchers note.

The researchers acknowledge that the cause of infection in the children with bacteremia is not generalizable to those who had no blood culture or a negative blood culture. Still, they write, "It is possible that some of these antibiotic-resistant bacterial infections, even in the absence of detectable bacteremia, significantly contribute to the disease burden in this group of children."

Overall, children who had bacteremia resistance to all first- and second-line therapies had a higher risk of death than those who had bacteremia sensitive to at least one antibiotic. For instance, the researchers found that 8 of 12 children with resistant E coli, K pneumoniae, or Enterobacter died, compared with 5 of 18 who had sensitive bacteremia (OR, 5.2; 95% confidence interval [CI], 1.1 to 25.3).

"Despite care in a tertiary setting with expertise in the treatment of critically ill malnourished children, 9% of children admitted with pneumonia who had a blood culture obtained died before discharge from the hospital, including 30% of children with bacteremia and pneumonia," the researchers write.

While the study methods did not take into account preadmission antibiotic usage, the researchers say that Bangladesh people tend to self-prescribe antibiotics for health conditions such as dysentery, cold, cough, and fever, which can increase antibiotic resistance.

"We may be able to reduce this emerging bacterial resistance by improving antibiotic stewardship, particularly in the outpatient setting," said senior author Tahmeed Ahmed, PhD, executive director of the Bangladeshi hospital featured in the study, in the press release. He added that other areas of improvement include increasing access to diagnostic testing for bacterial infections and expanding access to clean water and better sanitation.