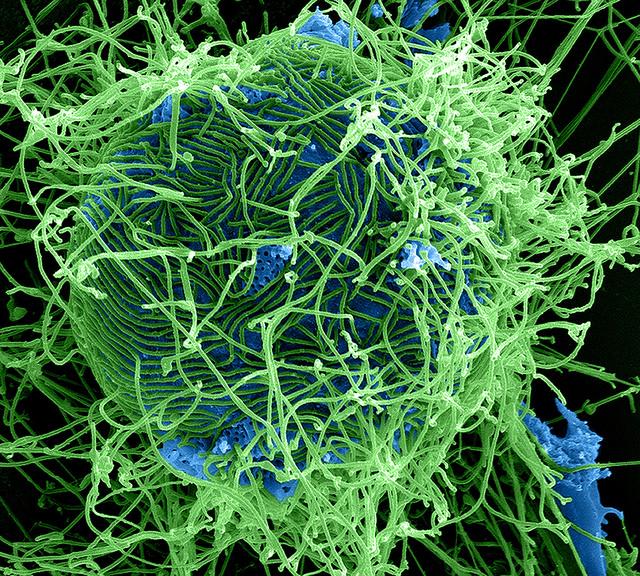 The National Institutes of Health (NIH) today lifted a 3-year moratorium on funding gain-of-function (GOF) research on potential pandemic viruses such as avian flu, SARS, and MERS, opening the door for certain types of research to resume.

The action coincides with today's release of a US Department of Health and Human Services (HHS) framework for guiding funding decisions about proposed research involving pathogens that have enhanced potential for creating pandemics.

Experts involved in the discussions welcomed the development, but some said the new framework still leaves key unanswered questions, such as how to responsibly report findings from the funded lab work in medical journals. Meanwhile, in research labs, some scientists plan to resume experiments and are relieved the pause has ended. Both groups are eager to see how the new review process works in real life.

In a statement today, NIH Director Francis Collins, MD, PhD, said "We have a responsibility to ensure that research with infectious agents is conducted responsibly, and that we consider the potential biosafety and biosecurity risks associated with such research." He added that he is confident that the review process spelled out in the new framework "will help to facilitate the safe, secure, and responsible conduct of this type of research in a manner that maximizes the benefits to public health."

Scientists gear up to resume studies

Research projects that were paused under the moratorium will now be reviewed based on the new framework, and the ones that clear the process will be able to proceed with appropriate risk mitigation measures in place.

Yoshihiro Kawaoka, DVM, PhD, who heads a virology research group at the University of Wisconsin-Madison, said his team will propose experiments they couldn't do during the funding pause. He was lead author of one of the two controversial H5N1 avian flu papers published in 2012 that brought the GOF controversy to a head.

"Specifically, we have been identifying amino acid changes that enhance the polymerase function of avian influenza viruses in mammalian cells to understand the molecular mechanism of avian-to-human transmission in a system not involving live virus," Kawaoka said. "We will now propose testing the effect of those amino acid changes on virus replication."

GOF research involves studies that enhance the pathogenicity, transmissibility, or host range of a pathogen to better understand the threat. However, GOF studies have sparked "dual-use" concerns that center around the threat of accidental lab release or the pathogens becoming bioterror threats if they fall into the wrong hands.

In light of controversial research on H5N1 viruses in 2012, the Obama administration in 2014 announced a pause of federally funded GOF research and asked a government advisory group to reevaluate federal GOF funding policies and put together recommendations to help officials make their decisions.

The expert group, called the National Science Advisory Board for Biosecurity (NSABB), commissioned a 1,000-page risk-benefit assessment to help them make their final guidance, which they finalized in June 2016, along with an ethics white paper. As part of the process, the NSABB held two National Academies symposia on GOF issues.

Collins, in his statement today, thanked and praised the NSABB and the National Academies of Sciences, Engineering, and Medicine for their work on the issues. "The work of these committees was instrumental in guiding the United States Government in its job of creating rigorous policy that allows vital research to move forward."

The framework, condensed into a 6-page document, spells out a multidisciplinary review process that involved the funding agency and a department-level review group that considers the merits and possible research benefits and the potential to create, transfer, or use an enhanced potential pandemic pathogen (PPP). In January in the final days of the Obama administration, the White House Office of Science and Technology Policy (OSTP) released guidance the departments can use to follow through with the reviews.

There are eight criteria in the framework for guiding HHS funding decisions, which stipulate, for example, that the research has been evaluated by an independent expert review as scientifically sound, that the potential risks and benefits are justified, that there are no other equally effective but less risky options for answering the research question, and that the research team and facility have the capacity to do the work safety and securely and to respond rapidly if there are any accidents, protocol lapses, or security breaches.

Regarding issues surrounding publication, the criterion says that the research results are expected to be responsibly communicated, based on applicable laws, regulations, and policies, along with terms and conditions of funding.

Also, the framework stipulates that the work will be done with the support of funding mechanisms that allow appropriate risk management and ongoing institution and federal oversight of the research. And finally, the criteria state that the research must be ethically justifiable.

Marc Lipsitch, PhD, professor of epidemiology and director of the Center for Communicable Disease Dynamics at the Harvard T.H. Chan School of Public Health, has been deeply involved in the GOF discussions and has argued for a much more rigorous approach for evaluating the experiments. He has pushed for experts to consider safer ways to assess potential pandemic virus threats and for an international approach to tackling the issues.

"My overall take is that this is a small step forward," he said, adding that it includes a department-level review of the most concerning types of research, which have been defined appropriately after extensive time and debate. "The question is how such reviews will play out in practice."

However, Lipsitch said one problem is that the guidance specifies that research groups that propose work with enhanced pathogens will need to convince reviewers that there is no feasible, equally effective alternative way of addressing the scientific question with a less risky approach.

"If this means no alternative to answer with certainty the question of whether a specific strain that occurs in nature can very easily evolve to acquire a ferret-transmissible phenotype, then this criterion will always be satisfied," he said. "This is a scientific question that can uniquely be answered with dangerous experiments, and cannot be answered safely. But it is not a very useful one, because every strain in nature is different."

Michael Osterholm, PhD, MPH, who was a member of the NSABB during the controversy over the H5N1 papers, said he believes the GOF work can be done safely, but he doesn't agree that scientists doing the federally funded work should be unfettered.

Osterholm said his main concern regards the public health implications of the publicly available details about how the work is communicated, which the new framework doesn't spell out. "How we detail that information needs to be considered," such as more finely specifying when findings are open to the general public, when they're disseminated on a "need to know" basis, and when the information is classified.

"Until we have that part solved, I'm concerned about the work being done," he said.

Osterholm, director of the University of Minnesota's Center for Infectious Disease Research and Policy, which publishes CIDRAP News, added that some research is needed to answer key questions, such as what it would take for Ebola to become a respiratory virus, findings that would have implications for preparedness. "If it were the case, I don't want the public to have a blueprint on how to do it," he said.

Tom Inglesby, MD, director and chief executive officer at the Center for Health Security at Johns Hopkins Bloomberg School of Public Health, has also been deeply involved in discussions about issues related to the research pause. He said the requirements for the multidisciplinary, department-level pre-funding review and the involvement of the White House OSTP are excellent.

He added that the emphasis on enhanced potential pandemic pathogens is correct and focuses the framework on where it should be, such as on harmful consequences, immunity disruption, conferred resistance, and reconstructed extinct pathogens. "Though for the policy to be successful it needs to, at a minimum, be able to oversee the creation of novel strains that may be highly transmissible and highly virulent and should probably focus on that most intently to start."

A potentially serious weakness of the new framework is that surveillance activities involving potential pandemic pathogens (PPPs), including sampling and sequencing, aren't considered to be enhanced PPPs and would be exempt from reviews, Inglesby said, adding that surveillance as a rationale doesn't change potential risks of novel PPP strains. "There are serious debates about whether specific enhanced PPP projects are materially useful to on-the-ground surveillance programs," he said.

Inglesby's other concerns revolve around the lack of hard details of how the experiment reviews will work, such as the process for weighing the risks and benefits and the criteria for judging if researchers and institutions have the capacity to do the work safely. "I would have liked to see if this framework was working as intended before the moratorium was ended," he said, suggesting that agencies funding the work publish their experiences using the new framework to show how it functions.

Paul Duprex, PhD, professor of microbiology at Boston University School of Medicine and its National Emerging Infectious Diseases Laboratories, is among the lab scientists who have watched the discussions play out against the backdrop of unknowns about whether stalled experiments might have moved the field forward, colleagues' lab work being in limbo, and much time spent justifying the work.

"So on a personal level I'm really pleased these NIH funded scientists get some clarity," he said, noting that today's framework release and lifting of the research funding pause are signs of progress.

Regarding how the framework will play out for reviewers and researchers, the proof will be in the Christmas pudding, Duprex said, adding that he hopes the new framework produces a lean, functional, and responsive process rather than one that's heavily bureaucratic.