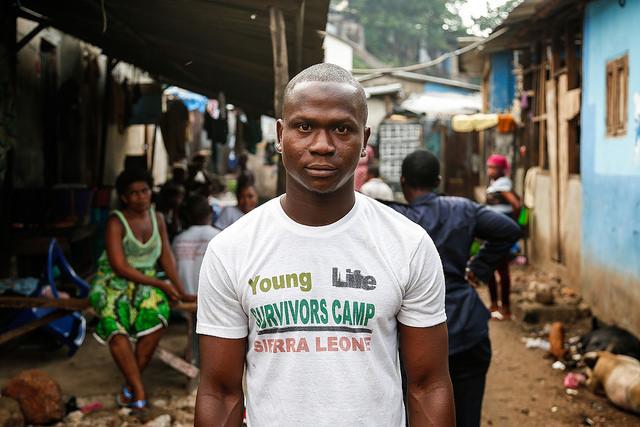 Editor's Note: This story was updated Mar 17 to reflect breaking news on new cases in Guinea.

In a development eerily similar to the last time the outbreak region was declared free of the virus, Guinea's government today—just hours after the World Health Organization (WHO) announced the end of transmission in Sierra Leone—confirmed two new Ebola illnesses.

Reuters reported the cases, citing a Guinea Ebola task force official. They were part of a group of four who were tested. The WHO then confirmed the cases via Twitter.

The two people are part of a cluster from a village in Korokpara where three people from the same family recently died after a diarrhea and vomiting illness, according to the Reuters report. Fode Tass Sylla told the news service that all of the sick patients have been taken to a treatment center in Nzerekore, located in southeastern Guinea.

So far there's no word on the source of infection in the village, and a government spokesman told Reuters that vaccines have been taken to the area, which is now under quarantine.

The WHO on Twitter said it is sending epidemiologists and a vaccination team to support local response efforts.

In January Sierra Leone reported two cases just hours after the WHO declared the region free of the disease for the first time.

Earlier today the WHO and Sierra Leone had announced the end of Ebola transmission in the country, following a small cluster in Tonkolili district in January.

Sierra Leone reaching the Ebola-free mark meant—however briefly—that all three countries had been free of the virus. The designation signifies that two incubation periods have passed in Sierra Leone since the last patient tested negative for the virus on a second test.

"Today marks another milestone in the country's effort to defeat Ebola. WHO commends Sierra Leone's government, partners and people on the effective and swift response to this latest outbreak," the WHO said in a statement, which noted that 3,590 Ebola deaths were reported over the course of the outbreak in the country.

The WHO had again warned in its staement that a risk of recurrence remains, especially since survivors can harbor the virus in immune protected areas of the body. There have now been 12 Ebola flare-ups, with the previous 11 presumably linked to survivors.

The WHO expects the risk to decline as viral levels continue to taper off in the outbreak region's survivor population.

Next phase in all 3 nations

Sierra Leone's January cluster involved two family members, a 22-year-old woman whose Ebola illness wasn't detected until after she died and her 38-year-old aunt who had helped care for her.

News of the younger woman's illness came in mid January, just hours after the WHO had announced the end of transmission in the West African region. Health officials had been bracing for more cases, because of the younger woman's travel and medical care history and because she wasn't buried safely, but none were detected.

Health officials from the three affected countries met with the WHO and other health groups in Conakry in early March to discuss progress toward meeting their phase 3 response goals. Health authorities from the affected countries are at a 3-day workshop this week in Freetown to discuss building resilient health systems in the wake of the Ebola outbreak.