CDC to monitor travelers from West Africa for 21 days 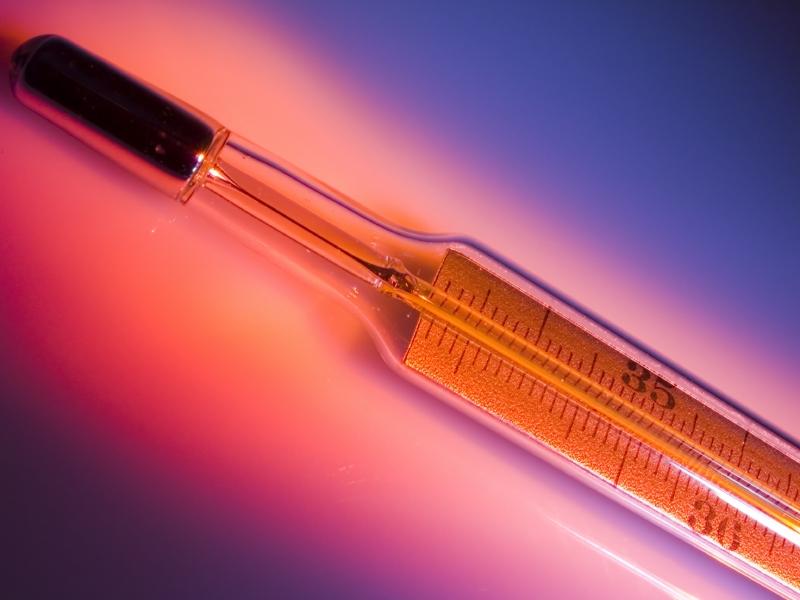 In a move designed to further enhance air-traveler Ebola screening, the US Centers for Disease Control and Prevention (CDC) today announced a program to monitor all passengers arriving from the three outbreak countries for 21 days after they arrive.

The move comes a day after the Department of Homeland Security (DHS) announced that all air travelers arriving from Guinea, Liberia, and Sierra Leone would be funneled through five airports that are already doing enhanced screening, such as temperature checks and questions about exposure to the virus.

CDC Director Tom Frieden, MD, MPH, said at a media briefing today that the 21-day monitoring will affect all of the approximately 150 people that arrive in the United States from the three countries every day, most of whom are Americans or people from the region who are longtime legal residents of the United States. Outbreak responders, journalists, and even the CDC's own employees are among the targets of the new screening step.

"We'll continue to do whatever we can to reduce the risk to Americans," Frieden said. The new measure has been in the works for some time and represents the next step in the process to boost the country's guard against Ebola, he added.

The new steps will require the involvement of state and local public health departments, which will be involved in actively monitoring the incoming travelers, who must take their temperatures twice a day and report the findings to authorities once a day, the same monitoring protocol used in Nigeria, which a few days ago was declared free of virus transmission, Frieden said.

Post-arrival monitoring will begin Oct 27 in six states that account for 70% of incoming travelers from the outbreak area: New York, Pennsylvania, Maryland, Virginia, New Jersey, and Georgia.  Other states will start the process in the following days, according to the CDC. Frieden said some states see very few travelers from the region, so the number of travelers who will be monitored will vary widely by state.

In advance of the new monitoring process, states will need to have an around-the-the-clock phone number that travelers can call to report their temperatures or any symptoms they are having, Frieden said. States must also have a procedure to evaluate patients, a plan to transport them, and a system for how the travelers will be monitored, such as through Skype, FaceTime, or even through an employee health program, similar to what the CDC does to monitor its employees who return from the outbreak area.

Frieden said that the CDC will have technical and resource assistance for states.

Travelers will report in daily about any intent to travel, and if they don't report in every day, health departments will take immediate steps to locate them to resume daily monitoring and reporting.  People who had high-risk exposure to the virus will be quarantined and barred from commercial travel. People who have symptoms will be isolated and directed to a local hospital that has been trained to receive and evaluate possible Ebola patients, the CDC said.

Each traveler will be given a care kit that includes a thermometer, a log sheet for recording temperatures, pictorial descriptions of the disease, a wallet card with information on whom to call, and other resources.

In other outbreak news, a photojournalist who was infected with Ebola in Liberia while working with NBC was released from the hospital today after tests showed that he was free of the virus.

Ashoka Mukpo, age 30, was hospitalized at Nebraska Medical Center on Oct 6. During his treatment he received convalescent serum from US Ebola survivor Kent Brantley, MD, and the experimental antiviral drug brincidofovir.

His medical team said at a briefing today that it's not clear if the supportive care, serum, or experimental drug played the key role in his recovery, and that tests are still being done to assess the impacts of the interventions, according to the hospital's Twitter feed.

In a statement released by the hospital today, Mukpo praised the care he received and said, "Today is a joyful day for my family and I. After enduring weeks where it was unclear whether I would survive, I'm walking out of the hospital on my own power, free from Ebola." He said he would discuss the details of his illness and treatment later with the press.

His doctors said Mukpo will have prolonged weakness, similar to that of other infections such as flu or mononucleosis. They said he was released 1 day sooner than the first Ebola patient treated at the hospital, Rick Sacra, MD.

Meanwhile, the condition of Nina Pham, the first nurse infected with Ebola while caring for the nation's first Ebola patient in Dallas, has been upgraded from fair to good, according to a statement yesterday from the National Institutes of Health (NIH). Pham was transferred from Texas Health Presbyterian Hospital in Dallas on Oct 16 to the NIH Clinical Center Special Clinical Studies Unit, one of four US specialty units designed for treating rare and highly contagious diseases.

A second infected nurse infected at the same Dallas hospital, Amber Joy Vinson, is being treated at another one of the high-containment units, at Emory University Hospital in Atlanta.

A phase 1 trial of a second investigational Ebola vaccine is under way at the NIH Clinical Center in Bethesda, Md., the agency said in a statement today. The vaccine, called VSV-EBOV, was developed by the Public Health Agency of Canada and has been licensed to NewLink Genetics Corp, based in Ames, Iowa. It uses an Ebola virus protein spliced into a vesicular stomatitis virus (VSV).

The early trial is designed to assess the safety and immunogenicity of a two-dose prime-boost strategy in healthy adults. A similar trial to test a single-dose strategy for the vaccine is also under way at the Walter Reed Institute of Research in Silver Spring, Md.

The two-dose trial at NIH will enroll 39 healthy adults ages 18 to 65, randomized to one of three groups receiving a different, escalating dose. In each group, 10 will receive the vaccine and 3 will be injected with a placebo. Participants will receive their first dose or placebo, followed by another 28 days later. Study enrollment is staggered, beginning with the lowest dose, allowing researchers to assess safety before moving to the next dose level.

The one-dose trial at Walter Reed will assess the safety of the vaccine at different dosage levels, with initial results expected by the end of 2014.

Responding to recent concerns that progress on the VSV-EBOV could move too slowly because NewLink might be too small and unfamiliar with Ebola vaccines to move research and production forward rapidly, the company's chief executive scientific officer, Charles Link, MD, said there haven't been delays and that the process would be dangerous if things were progressing any faster, the Canadian Press reported today.

He said the company has a batch of vaccine that is close to being ready and that it is working with two European contract manufacturers to make more. Link told the Canadian Press that the company expects to have 60,000 to 70,000 vials of vaccine by the end of the year, which—depending on the dose needed—could be enough for between 600,000 to 700,000 doses or 6 million to 7 million doses.

Link added that plans are in the works to skip phase 2 trials and progress to phase 3 trials in Liberia and Sierra Leone in early 2015.

The first trial of an investigational Ebola vaccine began in September, involving a vaccine developed by the NIH's National Institute of Allergy and Infectious Diseases (NIAID) and GSK called ChAd3. Early trial data are expected by the end of the year.

In other Ebola vaccine developments, Johnson & Johnson today announced it has committed $200 million to speed the development and production of an Ebola vaccine regimen that involves its Janssen Pharmaceutical Companies.

The vaccine regimen, developed during work with the NIH, combines a Janssen preventive vaccine with one made by Danish company Bavarian Nordic. The combination has shown promise in preclinical studies and will begin phase 1 trials in the United States, Europe, and Africa in January.

In September the two companies said they would speed the development and testing of the prime-boost vaccine regimen.

The two vaccine components are Crucell's AdVac technology and Bavarian Nordic's MVA-BN technology. The companies have been collaborating on a monovalent vaccine targeting the Zaire strain of the Ebola virus, the one responsible for West Africa's outbreak, as part of ongoing work to develop a multivalent vaccine.

Paul Stoffels, MD, Johnson & Johnson's chief scientific officer, said in a statement that the company's goal is to produce more than a million vaccine doses over the next few months.