Countries scale up Ebola response, watch for cases outside Africa 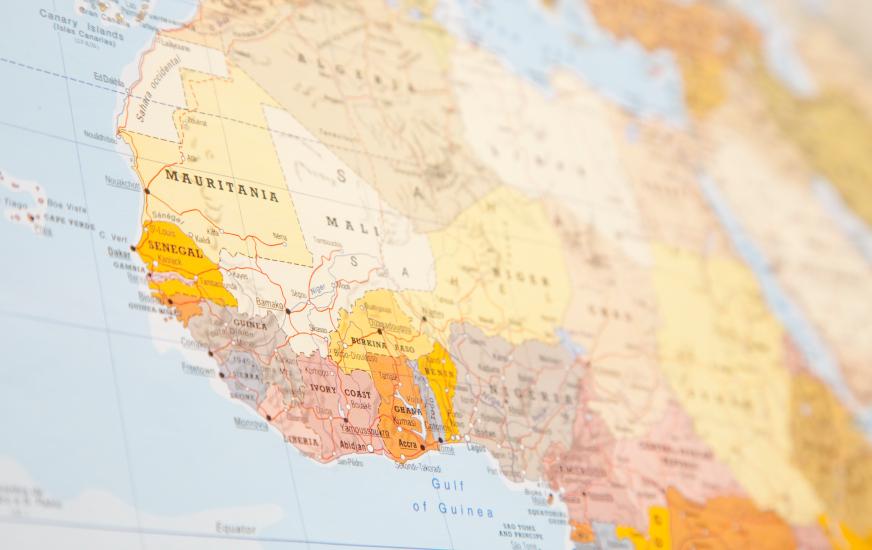 Two West African nations struck by the Ebola virus disease (EVD) outbreak have taken new actions to curb infections, as response activities and testing of possible travel-related cases play out on other continents.

The developments are under way as a World Health Organization (WHO) emergency committee on Ebola is wrapping up a 2-day discussion on whether to recommend a public health emergency of international concern (PHEIC) declaration. The WHO has said it expects to announce the group's decision early tomorrow.

Yesterday the US Centers for Disease Control and Prevention (CDC) boosted its response, coordinated through its emergency operations center (EOC), to the highest level, allowing the agency to dedicate more staff time to Ebola-related activities and to streamline the deployment of staff, medications, and equipment.

Liberian President Ellen Johnson Sirleaf yesterday declared a 90-day state of emergency to slow the spread of the virus, which has now spread to 8 of the country's 15 counties, according to a statement posted on the government's Web site. She said the declaration will allow the country take extraordinary steps to control the disease, even measures that suspend certain rights and privileges.

She said the disease has had a "chilling effect" on a strained heath system, with providers fearful of Ebola refusing to accept new patients at a time when rainy season diseases such as typhoid and malaria are left untreated, leading to unnecessary deaths.

Of 271 deaths from EVD so far, 32 have been in health workers, a level Sirleaf called alarming.

Liberia's government has taken other measures, such as closing schools and ordering nonessential workers to stay home. However, global health officials are urging it and other outbreak countries to take tougher measures.

"The actions allowed by statutes under the public health law are no longer adequate to deal with the Ebola epidemic in as comprehensive and holistic as the outbreak requires, " she said in the statement. "The Government and people of Liberia require extraordinary measures for the very survival of our state and for the protection of the lives of our people."

In Sierra Leone, the country with the most infections so far, police and soldiers blockaded rural areas that have been hit by EVD, a senior officer told Reuters. Alfred Karrow-Kamara, a police and security official, said the forces were deployed in the eastern part of the country last night to block Kenema and Kailahun districts, two of the outbreak's hot spots. He told Reuters that 16 checkpoints were set up and that the step will remain in place for at least 50 days.

Agencies with security clearance will be able to bring in food and medicine, according to the Reuters report.

A watch for cases abroad

Meanwhile, governments on other continents continue to track possible cases, while hospitals in United States and Spain care for sick missionaries who were airlifted from Liberia.

New York City's Mount Sinai Hospital said in a Twitter post yesterday that a patient being treated in the facility's isolation unit has tested negative for EVD. It said testing was done by the CDC and that the patient is stable and improving.

Meanwhile, it's still not clear if a suspected EVD case-patient in Saudi Arabia had the disease. The man died yesterday in Jeddah, and the country's health ministry said samples had been sent to the CDC and to a lab in Germany for testing. The man came down with viral hemorrhagic fever symptoms after traveling to Sierra Leone.

In Spain, a 75-year-old missionary priest infected with Ebola in Liberia's capital arrived in Madrid by airlift today, where he is hospitalized in stable condition, the Associated Press (AP) reported.

The man arrived with a nun from Equatorial Guinea who is of Spanish nationality and may have also been exposed to the virus, but so far is not sick, according to the AP. She is listed in good condition, and she will be released if repeat tests for EVD are negative.

The quickly escalating outbreak has triggered a demand for guidance for health providers, and the CDC yesterday posted its latest guidance, which focuses on handling specimens and laboratory testing of samples. Several health professionals aired questions about those procedures during an Aug 5 CDC conference call on hospital infection control.

The CDC said established standards should be followed for specimen collection, including full-face shield or goggles, masks to cover the mouth and nose, and fluid-resistant or impermeable gowns. It said additional personal protective equipment (PPE) may be needed in certain situations.

Lab testing on Ebola specimens should be done while wearing the same PPE with the use of a certified class 2 biosafety cabinet or Plexiglas splash guard, as well as the manufacturer–installed safety features for the instruments.

The guidance walks practitioners through when to test, how to test, and how to handle the samples. The CDC urged health providers and labs to follow local and state procedures for handling the Ebola testing requests before contacting the CDC.

In other developments, the Pan American Health Organization (PAHO) urged countries in the Americas to be vigilant for EVD and yesterday released a document on the implications for the disease's introduction into the region.

The 15-page document updates health officials on the developments in West Africa and covers several possible response steps for countries in the Americas, including surveillance and contact tracing. PAHO's guide also covers lab tests, recommending that the virus be handled in biosafety level 4 (BSL-4) containment.

Guidance also includes background on case management, infection control, communications, and how to handle dead bodies. For example, it said bodies should not be embalmed and autopsies should not be performed.

Aug 6 PAHO guidance on EVD implications for the Americas