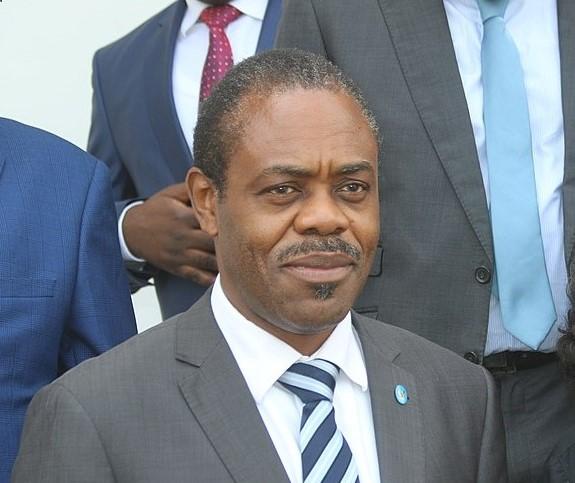 In a development likely to further roil the Democratic Republic of the Congo's (DRC's) already difficult battle against Ebola, the country's health minister resigned today following the president's decision over the weekend to put outbreak leadership in the hands of a government expert committee.

In a statement released on Twitter on Jul 20, the DRC president's cabinet director said the Ebola outbreak response is now under the direct supervision of the president and a multisectoral expert committee led by Jean Jacques Muyembe Tamfum, PhD, a virologist who leads the DRC's National Institute for Biomedical Research.

The move happens as the country confirmed 46 new cases in recent days.

In a statement translated from French, the President Felix Tshisekedi said, "This team of experts is in charge of coordinating all the activities involved in the implementation of the Ebola virus disease response strategy. The technical secretariat is in charge of putting in place all the innovative measures urgent and indispensable to the rapid control of the epidemic."

The president's decision came as the DRC neared the 1-year mark of the outbreak and 3 days after the World Health Organization (WHO) declared a public health emergency of international concern (PHEIC) under the International Health Regulations. The country's health minister, Oly Ilunga Kalenga, MD, has been wary about the declaration, voicing concerns about outside groups pressuring the country and potentially harmful effects of border closures and travel restrictions that could hurt the response.

Kalenga has also pushed back against international pressure to deploy and test a second vaccine, saying that doing so would complicate already-challenging messaging to populations that are suspicious of the current vaccine. He also has said that a vaccine requiring a follow-up dose, as the Johnson & Johnson's Ad26.ZEBOV/MVA-BN vaccine does, would pose logistical challenges.

In April, a WHO vaccine advisory group recommended the vaccine as a way to increase supply and test the effectiveness of a second vaccine.

Health minister fires back in letter

In a resignation statement posted on his Twitter account today, translated from French, Kalenga criticized the president's officer for making the decision to transfer outbreak oversight to the technical committee while he was in Goma on Jul 18 overseeing the Ebola response. Goma, the heavily populated capital of hard-hit North Kivu province, recently reported its first Ebola case, a pastor who had traveled from Butembo and died from his infection.

Also, Kalenga said committee members have interfered with the response in recent months, and he appeared to question the need for a government multisector response. He said daily updates from the health ministry have provided the world with transparency about the DRC's management of the outbreak, which Kalenga says have staved off harmful economic impacts from the event.

In recent weeks, the DRC has faced pressure from all sides to turn the Ebola outbreak into a humanitarian crisis, Kalenga said. "It is a public health crisis that occurs in an environment characterized by problems of security, development, and deficiencies of the health system." Pressure to view the outbreak as a humanitarian crisis seems to invite the establishment of a parallel management system, which he said never strengthens existing health systems.

In his parting statement, Kalenga told the government that it is illusory to believe that a new vaccine, one that requires two doses administered 56 days apart, will have a decisive impact on controlling the outbreak.

Regarding his role as health minister, Kalenga said that, as with any battle, lines of command must be clearly identified. "There can not be more than one decision-making center at the risk of creating confusions and cacophony that are detrimental to the response," he said. Anticipating confusion that will result from putting the outbreak response in the hands of the committee, he added, "I hereby present you my resignation as Minister of Health."

In a pair of daily updates over the weekend, the health ministry reported 32 more cases from a broad part of the outbreak region, though half of them were in Beni, a former epicenter where Ebola activity is resurging. Alongside 16 cases in Beni, other cities reporting cases include Oicha (4), Mandima (3), and Mabalako (3). Five areas each reported a single case: Vuhovi, Butembo, Mambasa, Lubero, and Masereka.

The WHO's online Ebola dashboard today suggests that the health ministry will announce 14 more cases today, which would boost the overall outbreak total to 2,592 cases.

According to the weekend updates, 22 more people died from their Ebola infections, including 10 in community settings, a factor known to increase the risk of virus spread.