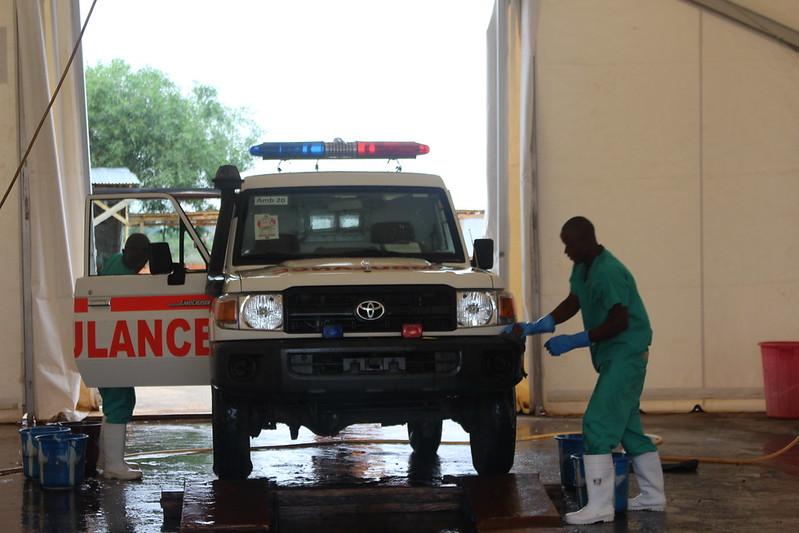 Over the past few days, four new Ebola cases were confirmed in one of the former hot spots in the Democratic Republic of Congo (DRC) outbreak, Kalunguta, which had gone 63 days with no new cases.

The DRC's Ebola technical committee (CMRE) said in its daily report for Dec 25 that investigators are exploring how the first two patients in the new cluster­—sisters ages 7 and 5—were exposed to the virus.

The CMRE said the first newly detected patient in Kalunguta, located in North Kivu province not far from Beni and Butembo, is a 7-year-old girl who had been vaccinated in 2018 and had not been listed as a contact. Her symptoms began on Dec 18, meaning she was probably exposed to the virus in the first half of December.

As soon as she got sick, she was taken to a local hospital, then was transferred to another hospital by taxi on Dec 24, accompanied by her father and aunt. After an Ebola alert was sent, she was transferred by ambulance to an Ebola treatment center in Butembo, where tests the same day confirmed an Ebola infection.

The girl's 5-year-old sister, who had not been vaccinated, also became ill on Dec 18, but was initially cared for at home. A few days later she was hospitalized, where her mother cared for her. When her condition worsened, she was taken to another health facility on Dec 24 by taxi, accompanied by her father and aunt. After her illness was classified as a suspected Ebola case, she was taken to Butembo's Ebola treatment center by ambulance along with her sick sister.

So far, an investigation into their illnesses has identified 15 contacts.

The CMRE's daily report for yesterday said two more cases had been confirmed from Kalunguta, along with three from Mabalako, the main current epicenter.

In other developments, the World Health Organization (WHO) online dashboard, which includes new illnesses reported through yesterday, shows one new case. Also, 329 suspected cases are under investigation.

Three more people died from their Ebola infections, putting the fatality count at 2,230.