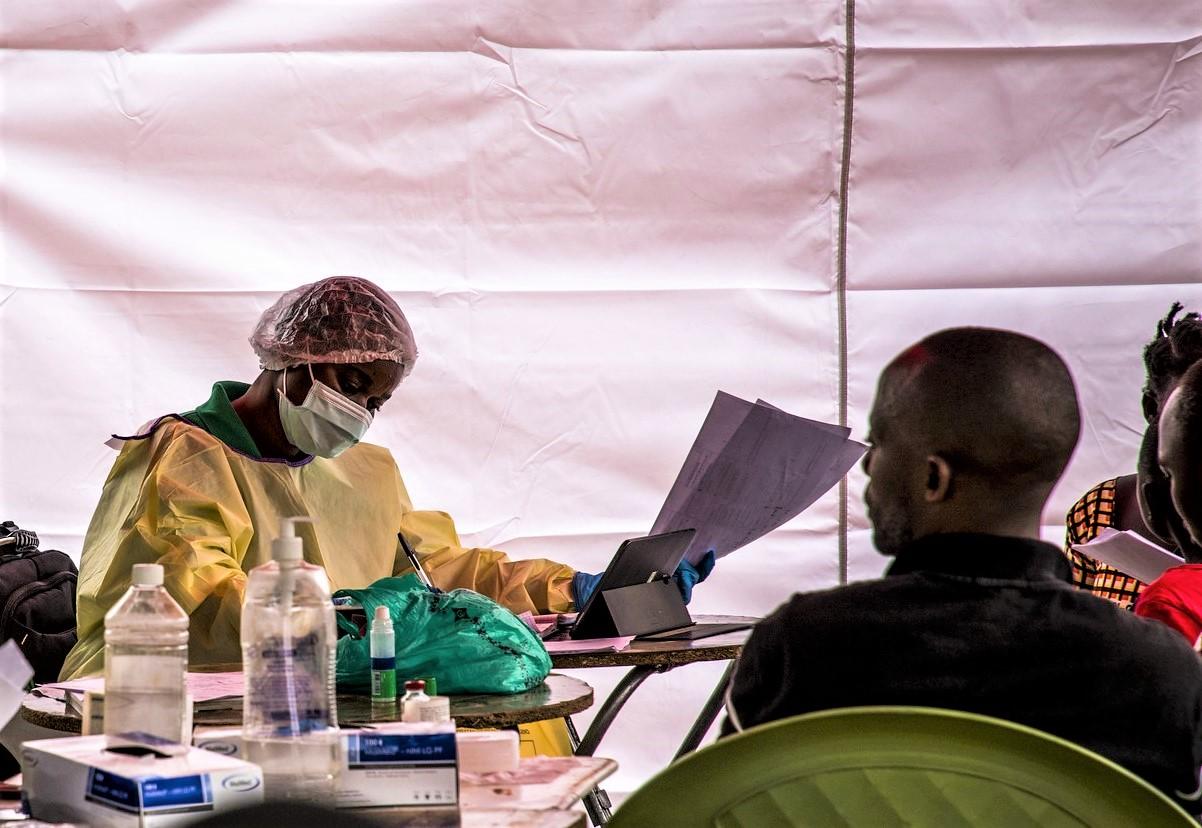 The pace of the Democratic Republic of the Congo (DRC) Ebola outbreak showed no sign of slowing over the weekend, with another 20-case day, but with some good preliminary news about the efficacy of the vaccine, which officials hope to parlay into their pitches for community members to be vaccinated.

And in new developments today, the country's health ministry reported 13 new cases and said the number of people vaccinated topped the 100,000 mark.

In its daily updates the DRC's health ministry reported 20 cases on Apr 23, 11 cases yesterday, and 13 cases today. All are from the current hot spots, with Katwa by far the hardest hit, with 30 infections. The other cases were reported in Mandima (4), Beni (2), Vuhovi (2), Butembo (2), Mabalako (2), Musienene (1), and Oicha (1). Health officials are still investigating 231 suspected cases.

The gush of new infections pushes the DRC's Ebola total to 1,264 cases, 1,198 of them confirmed and 66 listed as probable.

The death toll from the disease also shot higher, with 42 more fatalities reported, including a stillborn baby in Beni whose mother died at the Ebola treatment center.

Also, one of the people who died is a health worker in Katwa, an unvaccinated nurse who had contact with a confirmed patient and hid at home when her symptoms began where she received care from her coworkers. Her infection lifts the number of infected health workers to 89, including 32 deaths.

Of the latest fatalities, 24 people died from their infections in the community and 18 died at Ebola treatment centers. The total deaths in outbreak have now topped 800, reaching 814.

The health ministry also shared new details in light of pushing past the 100,000 vaccination mark, noting that 27,766 of those immunized are frontline health workers, 26,328 are high-risk contacts of confirmed cases, and 46,376 are contacts.

Officials also said the surge in new cases in Butembo and Katwa is partly explained by the temporary pause in vaccination activities surrounding March violence against the treatment center. The vaccination hiatus prevented 45 vaccination rings from opening around confirmed cases.

The DRC's health ministry on Saturday said preliminary results from the clinical trial under way alongside the ring vaccination in the outbreak region confirm earlier high efficacy observations seen in Guinea's outbreak in 2015.

The DRC's national research institute (INRB) and the World Health Organization (WHO) analyzed data collected from May 1, 2018, to Mar 25, which revealed a vaccine efficacy estimate of 97.5% (95% confidence interval, 95.8% to 98.5%) for Merck's as-yet unlicensed VSV-EBOV vaccine.

Researchers looked at data from 93,965 people in 679 rings and 28,888 healthcare or frontline workers who were vaccinated. Only 71 of the vaccinated people got sick with Ebola, compared with 880 people during the same period who weren't vaccinated.

The group's estimate for healthcare workers was also high, at 97.5%, though they weren't able to gauge the number of unvaccinated workers.

Also, the team looked at VSV-EBOV's impact on deaths from Ebola, which also found high efficacy. There were 9 deaths among 56 people who became ill during the partial protection interval, and no deaths in people whose symptoms began 10 or more days after vaccination, when protection is likely.

When the investigators examined illness patterns within the rings, they found that only two contacts of contacts got sick with Ebola, affirming that the ring vaccination strategy is highly efficient.

Take-home messages from the findings are that evidence is increasing on the efficacy of the vaccine and that even those who may have already been exposed to the virus at the time of vaccination may have greater chances of survival. "This is a particularly important finding if we consider that there are no licensed treatments for Ebola, although investigational therapeutics are being used," the group wrote.