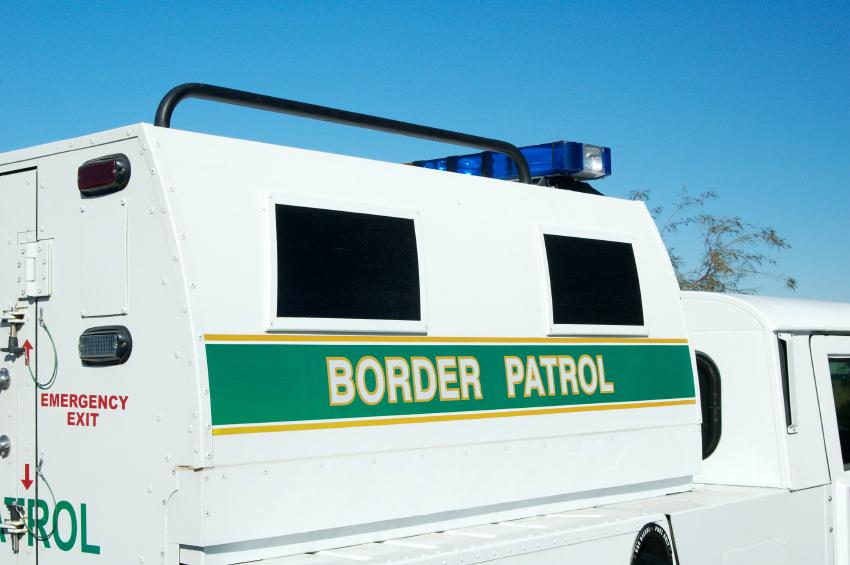 Guinea recently closed its border with Sierra Leone and Liberia in an effort to stop disease spread., photosbyjim / iStock

In a continuing flurry of Ebola news over the past few days, Guinea closed its border with Sierra Leone and Liberia in an effort to control the disease, while Liberia put a third province under quarantine for the same reason, and suspected cases in Canada and Saudi Arabia were ruled out.

In addition, media reports said Spain has obtained a US-made experimental Ebola drug to treat an infected missionary priest, as ethicists recruited by the World Health Organization (WHO) discussed issues surrounding the potential use of such drugs to help stricken patients in West Africa.

Meanwhile, Nigeria confirmed its tenth Ebola case, involving a nurse who treated the country's index case-patient, according to a Reuters report today.

The Ebola epidemic in Guinea, Liberia, Sierra Leone, and Nigeria is by far the largest on record, with 1,779 cases and 961 deaths as of Aug 8, according to WHO data. The WHO declared the epidemic an international public health emergency that day.

Guinea, where the epidemic began, closed its borders with Liberia and Sierra Leone on Aug 9 in an effort to stop infected people from entering the country, The Guardian newspaper reported 2 days ago. Both Sierra Leone and Liberia have now had more cases (though fewer deaths) than Guinea, where the outbreak has slowed in recent weeks.

"We have provisionally closed the frontier between Guinea and Sierra Leone because of all the news that we have received from there recently," Health Minister Remy Lamah said, according to The Guardian. He noted that Guinea had also closed its border with Liberia.

Guinean officials said the government took the measures in consultation with its two neighbors, according to the story. There was no immediate comment from Liberia and Sierra Leone.

The report noted that although the border crossings will close, it will be very difficult to keep people in rural areas from crossing the "long and porous" borders.

In Liberia, President Ellen Johnson Sirleaf announced today that the army has put a third province under quarantine to check the spread of the virus, according to an Agence France-Presse (AFP) report.

"Lofa county in the north has been quarantined by the army," Sirleaf was quoted as saying. Similar measures were taken earlier in the northern provinces of Boma and Grand Cape Mount.

"So from now on, no one will be allowed to go to Lofa, no one will come out of there," Sirleaf said in a radio message to the nation. She pledged that the government would try its best to ensure that food is provided to the province.

Also in Liberia, riot police were sent 2 days ago to stop a demonstration by crowds who had blocked the country's busiest highway to protest the government's delay in collecting the bodies of Ebola victims, The Guardian reported. It said several bodies had been lying by the road for 2 days in a town about 50 miles from Monrovia, the capital.

In Canada, Ontario officials reported yesterday that a man who was sick with suspicious symptoms after a trip to West Africa tested negative for Ebola virus disease (EVD).

The patient was treated and tested at a hospital in Brampton, Ont., for an illness that included fever, headache, muscle pain, and malaise, said Eric Hoskins, the provincial minister of health and long-term care, in a statement.

Hoskins said health officials responded appropriately to the case. He reported that the patient was doing well but did not say if his illness had been identified.

A day earlier, on Aug 9, the Saudi Arabian health ministry announced that a man who suffered a fatal illness after traveling to one of the EVD-affected countries had tested negative for the virus.

The man's samples were tested by the US Centers for Disease Control and Prevention (CDC), which is doing further tests to confirm the negative finding and to try to determine the cause of his illness, the ministry said. Tests on the same patient are also being done at an international reference lab in Hamburg, Germany.

The patient, who had been hospitalized in Jeddah, died Aug 6. The ministry said it was continuing to monitor people who had contact with him during his illness.

Meanwhile, other suspected Ebola cases surfaced in Ghana and Rwanda, according to media reports.

In Ghana, a Burkina Faso man who was already dead when brought to a hospital in the Upper East region was being tested, according to an Aug 9 story from StarrFMOnline. The man had bled from his ears and nose, a hospital official said. The story said several other suspected EVD cases in Ghana have been ruled out since the West African epidemic began in March.

The suspected case in Rwanda involves a European medical student who is hospitalized in Kigali, according to an Aug 10 Xinhua story, citing a statement from Rwanda's health ministry. It said samples were sent to an international reference lab for testing.

In Spain, health officials announced today that over the weekend they obtained the experimental drug ZMapp to administer to a 75-year-old priest who was evacuated from Liberia to Madrid last week after testing positive for Ebola, according to an Associated Press (AP) report.

ZMapp, made by Mapp Biopharmaceutical of San Diego, is a mixture of monoclonal antibodies that has not been formally tested in humans, but it was recently used to treat two American medical missionaries who contracted EVD in Liberia. The two patients, who are now being treated at Emory University in Atlanta, are reported to have improved since they received the drug.

According to the AP, Spain said it obtained permission from the laboratory developing the drug and, under an agreement between the WHO and Doctors Without Borders, imported the drug from Geneva, where it said a dose had been available. The ministry said Spain sought the drug under a law permitting use of unlicensed medication in patients suffering from a life-threatening illness for which no licensed drugs are available.

A WHO official told the AP today, however, that the agency had no role in helping Spain obtain the drug.

Meanwhile, today a committee of ethicists recruited by the WHO was scheduled to have a teleconference on ethical considerations for use of experimental drugs for EVD. The WHO said it would hold a press conference tomorrow on the outcome of the discussion. The panel includes experts from 10 countries, according to a list posted on the WHO Web site.

In other developments, Nigeria now has had 10 confirmed EVD cases in Lagos, including two deaths, according to a Reuters report today.

Health Minister Onyebuchi Chukwu said the latest case involves a nurse who treated Nigeria's first case-patient, Patrick Sawyer, a Liberian-American who was sick when he flew into Lagos on Jul 25 and later died.

The story also said another nurse who had treated Sawyer without knowing he had EVD has died, marking Nigeria's second fatal case.

In still other news, yesterday the CDC posted Ebola guidance for clinicians in healthcare settings. And today the WHO released a statement about barriers to rapid containment of the epidemic. The first barrier on the list is the lack of public health capacity in the affected countries.

Aug 11 WHO statement on barriers to containment