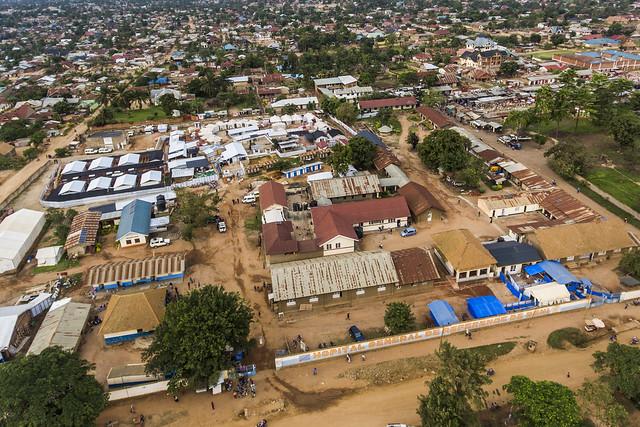 The Democratic Republic of the Congo (DRC) today reported another double-digit rise in Ebola cases, as local leaders such as traditional chiefs and provincial representatives stepped up their efforts to convince community members to support the response efforts to end the outbreak.

All 17 of the newly confirmed cases are from the current epicenters: Katwa (11), Butembo (4), and Mandima (2), according to the health ministry's daily report. The flurry of new cases moved the outbreak total to 1,290, which includes 1,224 confirmed and 66 probable cases. Also, health officials are still investigating 251 suspected cases.

Twelve more people died from Ebola, 10 of them in their communities in Katwa, Mandima, and Butembo, exposing family members and neighbors to the virus. Two deaths occurred at Butembo's Ebola treatment center. Outbreak deaths have now reached 833.

The surge of cases in the DRC over the past few weeks has triggered panic in Katwa and Butembo, the health ministry said. However, it added that officials see some glimmers of optimism, such as an easing of resistance in some of the most inaccessible areas of the city, such as Mutsanga and Wayene.

"Although the rapid increase in the number of confirmed cases in recent weeks may be worrying, the epidemic is actually concentrated in some well-defined health areas and there has been no geographical spread of the virus," it said, noting the main hot spots are Katwa, Vuhovi, Masereka, and Mandima. "The epidemic has just resumed in areas that had already been affected because of patient mobility."

In other response developments, the health ministry said customary chiefs from the Beni-Lubero area who took part in a national traditional chiefs meeting in Butembo sent a message to their local people and recommendations to outbreak responders, which focuses on stopping Ebola at the homefront. The youth council in Lubero has also launched a campaign to enlist young people in helping stem the spread of Ebola in people's homes.

They asked community members to distance themselves from anyone who minimizes Ebola and to accept that the disease is real. They also asked mothers and girls—who typically care for sick people at home—to avoid throwing rocks at the response teams.

Also, two national deputies from Ituri province went on a 3-day mission to Biakato in Mandima health zone, a town that has experienced an increase in confirmed Ebola cases in recent weeks, because response teams haven't been able to access sick patients due to community reluctance. They wrapped up their visit with a rally on Apr 14, where they reiterated prevention steps to stop the spread of the virus.

Sick doctor with more than 500 contacts

In its weekly situation report yesterday, the World Health Organization (WHO) said last week's continuing rise in activity totaled 110 new cases, but it noted that transmission is still confined, mostly to Katwa, Mandima, Butembo, and Vuhovi.

Four more health workers are among the new cases, all from community health centers in the hot spots. Since the outbreak began, the virus sickened 89 health workers, 32 of them fatally.

One of the patients is a medical doctor from Beni, who generated 534 contacts.

In other developments, outbreak partners including the International Organization for Migrationand the US Centers for Disease Control and Prevention hosted a workshop to develop a plan to reinforce screening at the airport in Goma, the capital of North Kivu province.