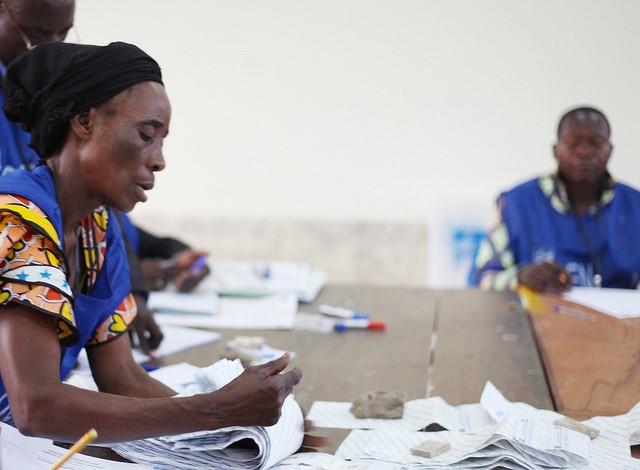 Over the weekend and through today, the ministry of health of the Democratic Republic of the Congo (DRC) recorded 16 new Ebola cases from towns and cities across North Kivu and Ituri provinces, including Butembo (6 cases), Katwa (5), Oicha (2), and 1 each in Mabalako, Kyondo, and Kalunguta.

The outbreak now stands at 625 cases, of which 577 are confirmed and 48 are probable. A total of 377 deaths have been recorded, and 101 suspected cases are still under investigation.

Four of the cases were reported late on Friday, Jan 4. by the DRC health ministry.

On Jan 3, DRC officials opened a 16-bed Ebola treatment center in Katwa health zone to treat more patients in that region, and the ministry of health said the Beni transit center is operational again after the building was attacked during election protests on Dec 27.

The new cases come as the DRC still awaits results of its presidential election. Violence erupted across the country, including in outbreak zones, in the last week of December as protesters displayed frustration with the election process. Officials also eliminated internet access for most of last week to stop the spread of disinformation.

The election will determine who follows Joseph Kabila's rule. Kabila took office in 2001, and, according to the BBC, has promised the nation its first orderly transfer of power since the DRC gained independent from Belgium in 1960.

Yesterday officials said only half of the ballots had been counted, but certain groups, including Catholic leaders, said there was a clear winner, and results were being obfuscated from the public.

On Friday, Reuters reported that US President Donald Trump said he was sending 80 military personnel to Gabon on Wednesday, in case they are needed to protect US citizens and diplomatic facilities in Congo's capital, Kinshasa. The move came in direct response to the DRC's election protests.

In a letter to Congress, Trump said the personnel "will remain in the region until the security situation in the Democratic Republic of the Congo becomes such that their presence is no longer needed," according to Reuters.

In September, Trump pulled out American public health workers from the Ebola outbreak region because of security issues, a move widely criticized at the time. Some Americans stayed on in the DRC, including a healthcare worker with a possible exposure to Ebola who was evacuated from the DRC in late December.

According to a statement from the Society for Healthcare Epidemiology of America (SHEA), the worker was taken to Nebraska Medical Center, one of several of places in the United States with a dedicated biocontainment unit.

SHEA, which in the statement called for a coordinated response to the outbreak, said there is no health risk to the US public over this evacuation.