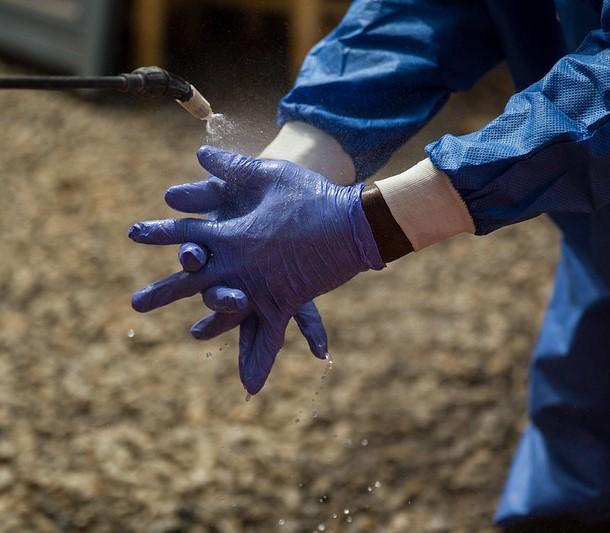 Uganda over the past few days has reported 2 more Ebola cases, along with 9 more deaths, raising the confirmed totals to 130 cases, 43 of them fatal, the World Health Organization (WHO) Uganda country office said in its latest updates.

Officials have also reported 21 suspected cases, all of them fatal, from earlier in the outbreak. The event began in early September, and the virus may have been circulating for as long as 3 weeks before the first case was detected. The outbreak involves the rarer Sudan Ebola strain, for which there are no approved treatments or vaccines.

The two latest cases were in Kassanda, one of seven affected districts. One involves a 9-year-old girl, and no details were available about the other patient. Both were contacts of known cases.

Regarding the latest deaths, three were reported as part of case management data reconciliation. Of the other six, five were reported from Mubende, one of the main hot spots. The other involved a patient who died at an Ebola treatment center in Entebbe. The case-fatality rate among lab-confirmed patients is 33%.

Outbreak responders are have identified 1,777 contacts across eight districts, and 87% of them are under monitoring.

At a WHO briefing today, Director-General Tedros Adhanom Ghebreyesus, PhD, said Mubende is still the most affected district, but cases have recently risen in two neighboring districts. He said that, so far, 17 cases have been confirmed in Kampala, the country's capital and largest city.

"Although these cases are linked to known clusters, the very fact that there are cases in a densely populated city underscores the very real risk of further transmission, and the very urgent need for increased readiness in districts and surrounding countries," Tedros said.

He also added that the WHO yesterday released an additional $5.7 million from its emergency contingency fund to further support the response.