Ebola outbreak grows by 6 in DRC 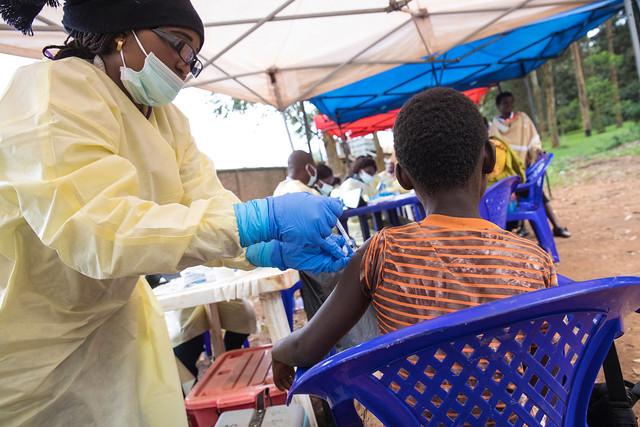 According to the World Health Organization (WHO) online Ebola dashboard, the Democratic Republic of the Congo (DRC) confirmed 6 more Ebola cases yesterday, raising the overall outbreak total to 2,793.

Health officials are still investigating 396 suspected cases. Only 1 new death has been recorded in the past 2 days, raising the fatality total to 1,867.

In its weekly outbreak overview yesterday, the WHO noted 257 cases in the past 21 days, or an average of 86 cases per week in the past 6 weeks. The majority of recent cases have come from Beni (46%) and Mandima (23%).

"Substantial rates of transmission continue within outbreak affected areas of North Kivu and Ituri provinces, with demonstrated extension to new high-risk areas and across borders in recent months, although without sustained local transmission in these areas," the WHO said in the Disease Outbreak News update.

No new cases have been recorded in Goma. As of Aug 3, all 256 contacts related to the first confirmed case in Goma Health Zone finished their 21-day follow-up period. Of the four total cases reported in that city, two patients have died and two are currently being treated in an Ebola treatment center. Almost all contacts (98%) in that city have been vaccinated.

Health workers continue to become infected with the deadly virus.

"In the last 21 days, 14 new cases were reported among health workers from Mandima (5), Beni (4), and one each in Katwa, Mambasa, Masereka, Oicha, and Vuhovi. Cumulatively, 149 (5% of all cases) healthcare workers have been infected to date," the WHO said.

In a new commentary on the Ebola outbreak in The Lancet Infectious Diseases, renowned Ebola expert Pierre Rollin, MD, formerly of the Centers for Disease Control and Prevention, wrote that ongoing transmission of the virus threatens to make it endemic in eastern DRC.

Rollin calls for an immediate restructuring of the Ebola response, in particular the ring vaccination campaign and contact surveillance, which he said should be streamlined with data easily shared by all major response players.

"The epidemiological data generated by the vaccination and the contact tracing teams are mostly not shared. As a result, daily field reports have noted at least 651 identified contacts of confirmed cases who were not vaccinated and became cases (among them 205 deaths) between Dec 31, 2018, and July 30, 2019. Vaccination coverage among health-care workers is high but incomplete," Rollin wrote.

In other Ebola news, a study from Boston Children's Hospital suggests that an antiparasitic drug, nitazoxanide, enhances the immune system's ability to detect Ebola. The study was conducted in human cells and published in the journal iScience.

Because nitazoxanide is already approved by the US Food and Drug Administration for use in children and adults for infections caused by Giardia and Cryptosporidium, it could prove to be a convenient and accessible Ebola treatment.

"Currently, there is no easily deployable therapy for Ebola virus," Anne Goldfeld, MD, of the Program in Cellular and Molecular Medicine at Boston Children's said in a press release. "There are some very promising vaccines, but there is no oral, inexpensive medication available."