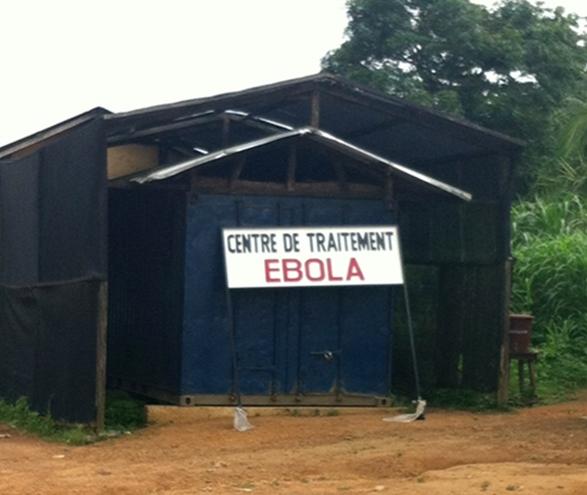 As West Africa's Ebola toll climbed by another 142 cases and 77 deaths today, the World Health Organization (WHO) conceded that the size of the epidemic has been underestimated and cited a list of reasons for that, from concealment and denial of cases to the closing of treatment centers and clinics.

Also today, the WHO's Keiji Fukuda, MD, MPH, speaking at a press conference in Monrovia, Liberia, estimated it will take 6 to 9 months to bring the outbreak under control. He and a United Nations (UN) official promised to scale up WHO support for the Ebola-stricken countries.

With the latest cases, reported on Aug 19 and 20, the WHO's Ebola virus disease (EVD) count reached 2,615, including 1,427 deaths. The numbers include confirmed, probable, and suspected cases.

A report from Liberia's Ministry of Health and Social Welfare said today that EVD has hit 117 healthcare workers in the country, killing 63 of them.

The WHO report showed just one new case and one death in Nigeria, for a total there of 16 illnesses and 5 deaths.

Meanwhile, the media today reported two newly confirmed cases in Nigeria. A Reuters story said cases were confirmed in the spouses of a man and a woman who died of the disease after helping to care for the country's first Ebola case-patient, Patrick Sawyer, who died of EVD after flying to Nigeria from Liberia in July.

The story called the two new cases "an alarming development," because the patients are outside the group of caregivers who had direct contact with Sawyer. On Aug 19 the WHO said the 12 confirmed cases in Nigeria at that point all involved individuals who had contact with Sawyer.

The Reuters story said the new illnesses raise Nigeria's tally of confirmed cases to 14. Today's WHO update says that 12 of the 16 cases in Nigeria have been confirmed. Of the 14 confirmed cases, 5 patients have died, 5 have recovered, and 4 are still being treated, according to Reuters.

The WHO noted that it continues to hear of rumored and suspected Ebola cases around the world and that "systematic verification" of them is ongoing. No new EVD cases have been confirmed outside Guinea, Liberia, Sierra Leone, and Nigeria.

In that vein, California officials announced late yesterday that a hospital patient in Sacramento tested negative for the disease. The patient had an illness that raised suspicion of EVD, but he or she was regarded as low risk on the basis of history and symptoms, officials said 2 days ago.

The US Centers for Disease Control and Prevention (CDC) tested a sample from the patient, with negative results, the California Department of Public Health said in a statement. The agency gave no details about the patient or his or her illness.

Why the epidemic has been underestimated

In a separate statement today, the WHO acknowledged that the scale of the Ebola epidemic has been underestimated and listed a number of factors that have made it hard to get an accurate assessment. The agency, which declared the epidemic an international public health emergency on Aug 8, has been accused of responding too slowly to the epidemic.

Some of the items the agency listed are not new. For example, it said many families hide sick loved ones at home, believing they can't be helped and will be more comfortable dying at home. Other families deny that a person has Ebola and fear that care in an isolation ward will lead to infection and death.

Other factors cited by the WHO:

The WHO also said that in parts of Liberia, newly opened treatment facilities have been immediately flooded with patients, many of whom were not previously identified. "This phenomenon strongly suggests the existence of an invisible caseload of patients who are not being detected by the surveillance system."

For example, a 20-bed Ebola treatment center in Monrovia opened last week and was immediately overwhelmed with more than 70 patients, the agency said.

At the Monrovia press conference today, Fukuda of the WHO and David Nabarro, MD, of the UN sought to provide reassurance and promised more aid to West Africa. The two were wrapping up the first leg of a visit to all the affected West African countries, according to a UN statement.

Nabarro, senior UN System Coordinator for Ebola, told reporters at the end of his 2-day visit that more health workers will be brought to the country to deal with the outbreak, saying, "The United Nations is looking at ways to radically scale up support to fight Ebola," according to the UN statement.

The two officials promised that the WHO will provide 500 more treatment beds for Ebola patients in Monrovia within the next 6 weeks, according to a USA Today story today.

Fukuda, the WHO's assistant director-general for health security and environment, told reporters, "This is not a hopeless situation," the UN statement said. But he estimated it will take 6 to 9 months to tame the epidemic, according to USA Today. "We expect several months of very hard work," he said.

The two officials also said they would be increasing efforts to provide other medical care to Liberians and to support the nation's economy, the newspaper reported.

At the same press conference, Karin Landgren, special representative of the UN secretary-general and coordinator of UN operations in Liberia, said that UN peacekeepers were not involved in quarantining people because of Ebola, according to the UN statement.

In other developments, the Associated Press (AP) reported that CDC Director Tom Frieden, MD, MPH, plans to visit West Africa to get a firsthand look at the Ebola situation. He will visit Liberia, Sierra Leone, and Guinea next week.

Frieden wants to meet African and international health leaders fighting the epidemic and to hear what help they need, the story said. He also plans to visit hospitals treating Ebola patients.

Aug 22 WHO statement on factors in underestimation of epidemic