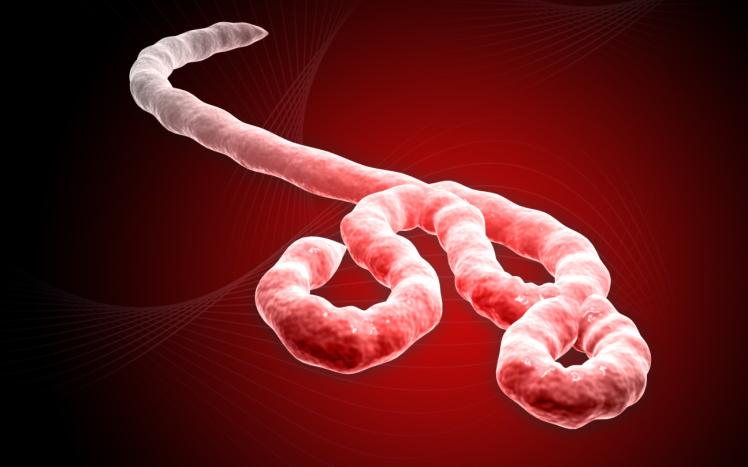 Initial sequencing showed strong similarity to the Zaire strain, the most lethal of the five Ebola subtypes., Krishna Kumar / Hemera

The World Health Organization (WHO) yesterday confirmed an Ebola hemorrhagic fever outbreak in Guinea, signaling the first appearance of the disease in a West African country and the involvement of the most lethal strain of the virus.

Based on information from Guinea's health ministry, the WHO said the "rapidly evolving outbreak" started in a forested area in the southeastern part of the country, with 49 cases and 29 deaths reported from four districts. In its Twitter account today, the WHO sharply upped the case count to 86 suspected cases—13 of them lab-confirmed—and 59 deaths.

Speculation about a "mystery disease" in Guinea has been swirling since roughly Mar 14, when FluTrackers, an infectious disease news message board, started picking up foreign-language media reports about a highly lethal disease that first surfaced in the middle of February in Guinea's forest region, resembled a hemorrhagic fever with symptoms of diarrhea, fever, and fatigue, and had already killed four health workers.

Some news accounts over the past few days said suspected Ebola cases had surfaced in Conakry, Guinea's capital, which is on the Atlantic coast on the opposite side of the country from the outbreak location. However, the WHO said on Twitter today that samples from two of three suspected cases in Conakry tested negative for the disease and that no samples were available for the third case.

Four healthcare workers were infected by the disease, and health officials are investigating reports of suspected cases in bordering areas of Liberia and Sierra Leone, the WHO said.

Tests that confirmed the Ebola virus as the source of the outbreak were conducted at the Pasteur Institute in Lyon, France, the WHO said. Initial sequencing of the virus' L gene showed strong similarity to the Zaire strain, the most lethal of the five Ebola subtypes, with a case fatality rate as high as 90%. Further tests are under way to confirm the finding.

In a Mar 22 ProMED-mail post, two of the scientists who were involved with the testing—Sylvian Baize, PhD, and Delphine Pannetier, PhD— wrote that they analyzed 12 samples, seven from clinical cases and five from contacts. They said they detected the Ebola virus in samples from six clinical cases and that viral isolation is in progress. ProMED-mail is the online reporting system of the International Society for Infectious Diseases.

Baize and Pannetier wrote that the early genetic sequencing results that suggest the Zaire strain are consistent with the dramatic mortality observed so far in the outbreak.

Guinea's health ministry, the WHO, and other health partners have launched several control measures to curb the outbreak. For example, the health ministry activated its national and district emergency committees to coordinate the outbreak response, and teams are in the field to look for additional cases and conduct contact tracing.

Doctors Without Borders is working in affected areas to set up isolation centers and is helping transport patient and contact samples for testing at reference labs. Also, the Emerging and Dangerous Pathogens Laboratory Network has taken steps to ensure that labs in Guinea and Sierra Leone have the filovirus diagnostic capacity they need.

The WHO said it and other groups are sending more experts to support Guinea's health ministry, as well as supplies and resources for managing patients and controlling the outbreak.

UNICEF said in a Mar 22 statement that three children so far are among the outbreak fatalities and that it immediately rushed five tons of aid and medical supplies to the most affected areas.

Dr Mohamed Ag Ayoya, a UNICEF representative in Guinea, said in the statement, "In Guinea, a country with a weak medical infrastructure, an outbreak like this can be devastating." The agency said that even before the cause of the outbreak had been determined, it had already distributed medical supplies such as soap, rehydration solution, and chlorine bottles.

UNICEF also raised concerns about urgently needed medical staff being among the outbreak's early victims. It said at least eight health workers who had contact with patients have died from the disease.

Meanwhile, the European Centre for Disease Prevention and Control (ECDC) in a risk assessment today said there are concerns about the risk of the disease's spread to neighboring Sierra Leone and that with an incubation period up to 3 weeks, Guinean health officials will probably detect more cases.

It's unlikely, but not impossible, that travelers infected in Guinea could arrive in Europe while incubating the disease and then get sick, the ECDC said, urging medical workers to be alert for travelers returning from tropical countries with symptoms such as fever, headache, and diarrhea. It said European citizens in Guinea aren't at risk of becoming infected unless they have direct contact with the body fluids of sick or dead infected people or animals.

The first known Ebola outbreak in humans was detected in 1976 in outbreaks in the Democratic Republic of Congo (DRC) and Sudan. The virus spills over to humans from handling infected animals, such as chimpanzees, gorillas, fruit bats, and then spreads from human to human through close contact with blood or other body fluids of infected people. No vaccine or specific treatment is available.

The last outbreak involving the Zaire strain, one of five Ebola subspecies, occurred in the DRC in 2008, sickening 32 and killing 14, for a case-fatality ratio of 44%, according to background information from the WHO.