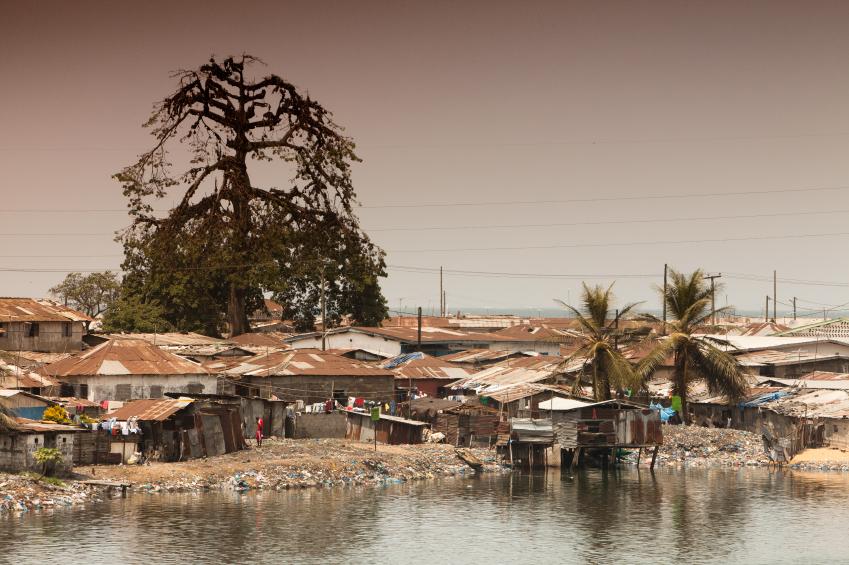 West Point, Monrovia's largest slum, was the setting of choas and looting at an Ebola treatment center that scattered patients and could fuel new cases., MickyWiswedel / iStock

With no end in sight to the escalation of the Ebola outbreak in the hardest hit countries, residents on Aug 16 attacked and looted a treatment center in the outskirts of Monrovia, Liberia's capital, scattering patients thought to be infected with the disease and with contaminated items carried off into the community.

Eruption of violence in Liberia is the latest in a string of clashes in West Africa's health settings that have been fueled by misconceptions about Ebola virus disease (EVD) and suspicions about the actions of government officials and health workers.

The incident occurred in West Point, Monrovia's largest slum, the Associated Press (AP) reported. An official from the country's health ministry told the AP that residents were angry about patients being brought to the holding center from other parts of the city.

Many of the 30 or so patients at the holding center when the clash occurred were thought to have fled into the community, and health officials said they will be located and taken to an EVD center at a hospital in Monrovia.

The attackers were young men armed with clubs who chanted that they didn't believe in Ebola and fled with medicines, mattresses, and bedding from the high school that was being used as a temporary treatment center, according to an Aug 17 report from Agence France-Presse (AFP).

Media reports said some of the looted items were soiled. Vomiting, diarrhea, and bleeding are among the symptoms of EVD, and the virus is thought to spread through contact with bodily secretions.

West Point township is located on a densely populated peninsula that is home to about 75,000 people.

In other developments, the World Health Organization (WHO) said today that to help coordinate the international response regarding travel and tourism issues, several groups have formed a travel and transport task force, with a goal of providing timely information to the travel sector as well as to tourists.

Several airlines have banned flights to some of the outbreak countries, though the WHO has advised against travel and trade restrictions. Also, some countries have closed their borders to travelers from affected areas.

In a press release e-mailed to journalists, the WHO said the groups in the task force include itself as well as the International Civil Aviation Organization (ICAO), World Tourism Organization (UNWTO), Airports Council International (ACI), International Air Transport Association (IATA), and World Travel and Tourism Council (WTTC).

The WHO reiterated that the risk of becoming infected with EVD during air travel is low, because people infected with the virus usually feel too sick to travel until they feel ill. It said the risk remains low, even for people who travel to areas where cases have been reported.

WHO officials have asked affected countries to conduct exit screening of passengers at airports, seaports, and major land crossings for unexplained fever consistent with EVD.

WHO report fleshes out ethics deliberations

In other WHO developments, the group yesterday released a full report from its ethics panel, which on Aug 12 announced it's opinion that it is ethical to use untried drugs to help curb West Africa's Ebola outbreak.

The full report outlines the scope of the questions the experts were asked to consider. It also described the main points of deliberation in four main areas: exceptional circumstances, essential considerations before use, criteria for prioritization, and further steps.

Committee members will meet again to discuss who should have priority use of the products. Though the full report doesn't set out a priority list, it said many members felt that health workers should be considered for high priority. The group also noted that because of their higher mortality rates, children and pregnant women should be considered particularly vulnerable to EVD and should be given special protection when receiving experimental interventions.

The WHO has urged the public to scale back their expectations about the experimental EVD drugs and vaccines for a host of reasons, including that even if supplies increase, they will be too small to have a significant impact on the outbreak.

Aug 12 CIDRAP News story "WHO: It's ethical to use untried drugs in Ebola outbreak