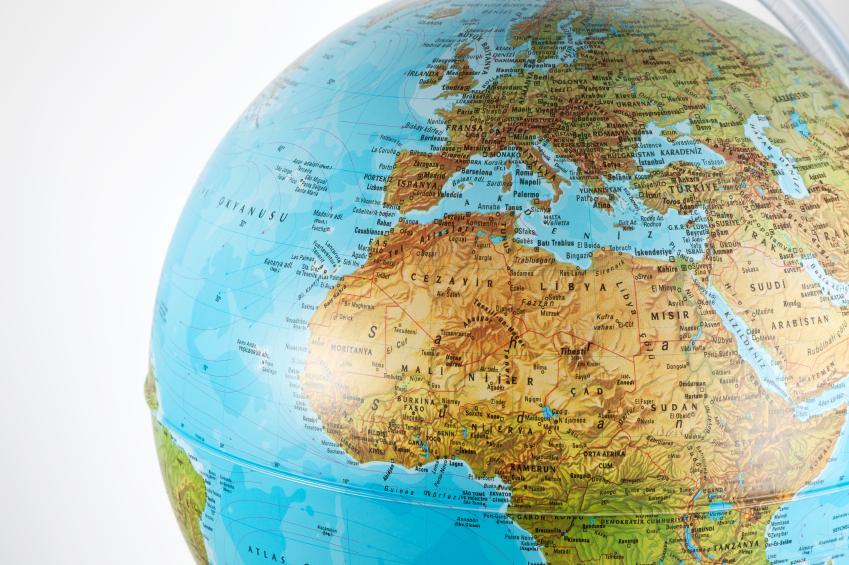 The annual meeting of the World Health Organization's (WHO's) African regional committee began today in Benin's largest city, Cotonou, with Ebola high on the agenda and the group to nominate a new director, a closely watched development given recent criticism over the office's handling of West Africa's outbreak.

In a Nov 1 report, editors of The Lancet said that although now isn't time to dissect failures that led to the slow response to the outbreak, enough is known to say the regional office failed to monitor the threat on its continent and alert the wider global community. The journal said the nomination of a competent and skilled leader is a critical test for the agency.

The nominee is submitted to the WHO's executive board for approval of the appointment, which lasts 5 years.

The editorial follows an Oct 17 Associated Press (AP) story on an unpublished WHO draft report on the outbreak timeline, which noted several bureaucratic missteps in the African regional office and some of its country offices. In response to the AP story, the WHO said the report hadn't been fact-checked and was part of ongoing analysis. The agency said it wouldn't comment until the document is completed and reviewed, sometime after the urgent response period.

WHO Director-General Margaret Chan, MD, MPH, in an address to the group today, said the Ebola outbreak has overturned hard-won political stability and economic recovery in Guinea, Liberia, and Sierra Leone and is reversing some recent health progress, such as a downward trend in malaria infections. She spoke of how each death represents a loved one and how the disease has taken some of the three countries' greatest humanitarian heroes.

She said, however, that the developments spotlight two WHO arguments that have fallen on deaf ears for decades, the need to strengthen long-neglected health systems and the lack of a vaccine or cure, almost four decades after the virus emerged.

"Without fundamental public health infrastructures in place, no country is stable. No society is secure," Chan said. "No resilience exists to withstand the shocks that our 21st century societies are delivering with ever-greater frequency and force, whether from a changing climate or a runaway killer virus."

In an update on Mali's Ebola investigation of the first outbreak-related case there, the WHO said in an Oct 31 statement that so far 85 of the 2-year-old girl's contacts have been identified and are being followed.

The girl started having symptoms while in Guinea on Oct 19, traveling by road to Mali, where she was admitted to a health facility in Kayes, in western Mali, the next day. She died from her infection on Oct 24.

The WHO had said in an earlier statement that multiple exposures occurred while the girl had visible symptoms and that it was treating Mali's imported case as an emergency. A WHO official has said the girl and her grandmother took two buses to get from Guinea to their destination. According to a report from Reuters today, a WHO official said 39 people who traveled on buses with the girl are still being sought.

Some of the girl's family members are hospitalized for observation, according to the report. Her 5-year-old sister had a fever, but tests showed she had malaria, not Ebola. None of the other family members have shown any symptoms so far.

Several international groups and specialists have been deployed to Bamako and Kayes to assist Mali's government, including WHO and Doctors without Borders (MSF), the agency said. Mali's health ministry, with the help of WHO, put an incident command structure in place to coordinate the response and speed completion of an isolation facility at the Center for Vaccine Development in Bamako. Local officials are training personnel and disinfecting equipment and surfaces at health facilities where the girl was treated.

The WHO said it would include future updates about Mali in its weekly regular Ebola situation updates.

The impact of the outbreak on health workers and responders continues to be felt, with a sick United Nations (UN) worker's airlift out of the region to France and the Ebola death of a doctor in Sierra Leone.

France's health ministry announced yesterday that a UN employee has been medically evacuated from Sierra Leone and is in being treated in isolation at a high-security army training hospital near Paris, Agence France-Presse (AFP) reported yesterday. It said a French nurse who worked for MSF was treated at the same hospital in September and recovered.

In another development, authorities in Sierra Leone said another of the nation's doctors has died from Ebola, the fifth physician death so far, the AP reported today, citing Brima Kargbo, MD, the country's chief medical officer.

The doctor, Godfrey George, MD, was medical superintendent of Kambia Government Hospital in the northern part of the country. He was driven to Freetown after reporting that he wasn't feeling well.

According to the WHO's last Ebola situation update, at least 523 health workers have been infected by the virus so far, and 269 have died from their illnesses.

Quarantine, other US Ebola developments

In US Ebola developments, a Maine nurse who was quarantined against her will in New Jersey and Maine after she returned with no symptoms after caring for Ebola patients in Sierra Leone reached a settlement with Maine health officials today, Reuters reported. Kaci Hickox challenged Maine's mandatory quarantine policy in court last week in a legal seesaw that on Oct 31 saw a state judge lift parts of the state's mandatory quarantine policy.

The settlement keeps the terms of the Oct 31 judicial order in place through Nov 10. Those stipulations allow her to travel freely in public, but require her to monitor her health closely and report any symptoms.

The Ebola infection and death of a man from Liberia in Texas, who infected two of his nurses, and the recent hospitalization in New York City of Craig Spencer, MD, who got sick after returning from an MSF assignment in Guinea, have triggered tighter monitoring of people traveling to the United States from West Africa's outbreak region, along with more stringent monitoring—and sometime mandatory quarantine—of health workers who may have been exposed to Ebola patients.

Duke University Hospital said today that initial Ebola tests are negative for a patient isolated there yesterday who reported a fever after a history of travel to West Africa. In a statement, the hospital said a confirmation test will be done in 72 hours and that the patient will continue to receive care in an isolation unit until the Ebola infection is definitively ruled out.

Meanwhile, New York City health officials announced on Nov 1 that one of Spencer's contacts who was placed under quarantine will now be subject only to twice-a-day direct active monitoring. It said a thorough review by a senior official from the New York City Department of Health and Mental Hygiene (NYC Health) found that the quarantined person's exposure wasn't consistent with how Ebola spreads.

Spencer's condition has been upgraded from "serious but stable" to "stable," based on his progress and response to treatment, Bellevue Hospital said in a Nov 1 statement from New York City Health and Hospitals Corp (HHC).

Oct 31 WHO update on Ebola in Mali