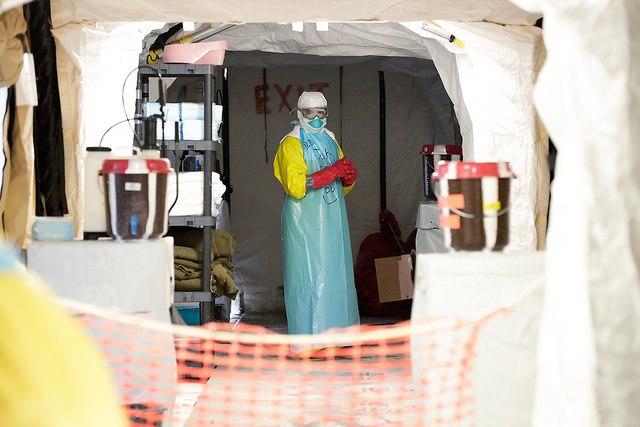 A group of global health experts today said lessons learned from West Africa's Ebola outbreak should lead to new steps to make the world more prepared to handle future health emergencies, some of which are on the agenda for the World Health Assembly's (WHA's) annual meeting that begins on May 18.

The views were published today in a public policy article put together by The Lancet staff. The report has 10 sections that include the views of 24 international global health experts. The lead author is David Heymann, MD, a global health and infectious disease expert with the London School of Hygiene and Tropical Medicine.

Ebola lessons, next steps at WHA

Today's Lancet piece touched on several themes addressed at a media Web briefing today on the upcoming WHA, at which delegates will consider several reforms for improving the global response to health emergencies such as the Ebola outbreak. The reforms were proposed by the World Health Organization's (WHO's) executive board at its late-January meeting. Among the reforms is a contingency fund and forming a global health workforce.

At today's briefing, sponsored by the Kaiser Family Foundation, Lawrence Gostin, JD, one of the Lancet report authors, said health leaders at the WHA have the critical task of strengthening the WHO's capacity to handle such health emergencies, or else the global community will lose confidence in the public health system.

He said WHA officials should seize the political momentum now in the wake of the Ebola outbreak before the issue fades from public view. Gostin is faculty director of the O'Neill Institute for National and Global Health Law at Georgetown University.

Gostin said it's noteworthy that the WHA will take up the $100 million proposed contingency fund and the global health workforce, but he said two other gaps remain, based on lessons learned from Ebola.

One is vulnerability of the current International Health Regulations (IHRs), he said, adding that there's no way to verify if countries have met core capacities stipulated in them or to ensure their enforcement. For example, he said some of the temporary recommendations during the Ebola outbreak were widely ignored, with some nations imposing flight bans or closing borders.

Also missing from the reform agenda for WHA is some type of international health system fund that would help middle- and low-income countries treat everyday medical conditions that occur alongside health emergencies, he said.

Though valid criticisms have been aired about the WHO and its response to the Ebola outbreak, Gostin said empowering the agency and adequately funding it are critical. He suggested that the WHO's budget should be doubled over the next 5 years and that more needs to be done to give it more power to mobilize the funds it receives from the international community.

Jimmy Kolker, assistant secretary for global affairs at the US Department of Health and Human Services (HHS) said there are still a number of unknowns about how a global health workforce will be structured and managed. He said, for example, that it's not clear how countries would ask for help, and perhaps new levels and triggers would be built into reforms of the public health emergency declaration component of the IHRs.

In other developments today, Doctors without Borders (MSF) said in its latest outbreak update that illnesses are at their lowest point, with Sierra Leone and Guinea getting close to zero cases. But it warned that despite Liberia's being on the verge of being declared Ebola free, the outbreak isn't over until it's snuffed out in all three countries.

It also cautioned that even after the outbreak ends, West Africa will need to be vigilant for Ebola virus reemergence. "There must be strengthened epidemiological surveillance and a rapid response alert system for when—rather than if—a new Ebola case occurs," it said.

MSF also said there are still two key gaps in the response. One is regional cooperation, in light of high mobility of populations across the borders of all three countries, and the other is community awareness about the disease and its prevention, which is still low in some areas.

The group added that weak health systems in the region and stigma surrounding Ebola survivors are other concerns.

On the scientific front, doctors from Emory University Hospital's high-containment unit today reported in the New England Journal of Medicine on the detection of live Ebola virus in a patient who had recovered from Ebola.

The patient is a 45-year-old male physician who was treated at Emory after he got sick with Ebola in September while working in Sierra Leone. He started having ophthalmic symptoms shortly after his discharge from the hospital, which got worse over the next 4 weeks, despite treatment.

His medical team obtained an aqueous humor sample, which was positive for Ebola virus RNA on polymerase chain reaction tests. A viral culture performed at the Centers for Disease Control and Prevention (CDC) was positive for live Ebola virus, but peripheral blood, conjunctiva, and tear tests were negative for evidence of Ebola.

His panuveitis and vision improved with continued treatment, and doctors continue to follow his progress.

They wrote that the man's experience underscores an important Ebola complication and teaches clinicians more about Ebola persistence in an immune-protected organ.

Clinicians have also raised concerns about Ebola persistence in semen, especially given recent strong evidence of sexual transmission involving an Ebola survivor in Liberia. Today's authors said the patient's semen was also positive for Ebola RNA on discharge, that he was advised to abstain from sex for at least 3 months, and that monitoring his semen specimens for the virus is still under way.