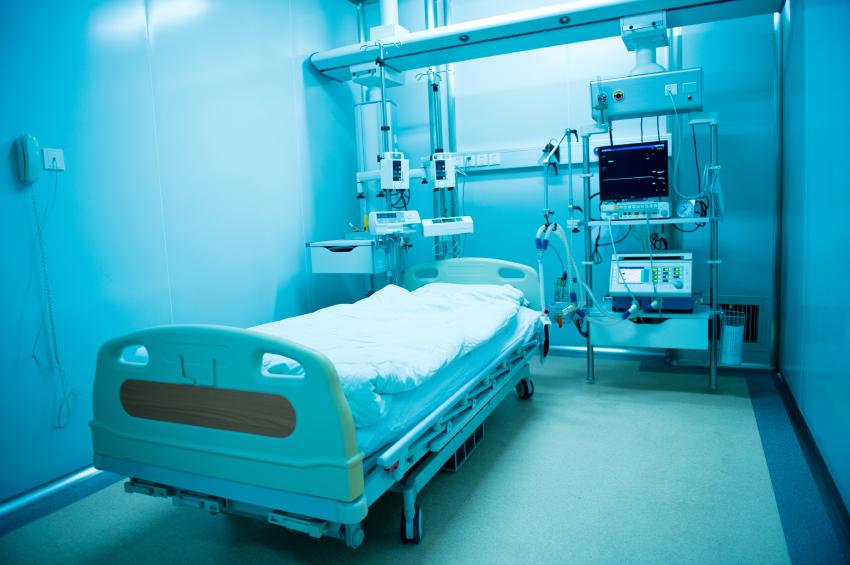 With the death today of a patient hospitalized in Texas from Ebola serving as a reminder about how serious the disease can be, federal officials announced new steps to screen the roughly 150 people who come into the United States each day from West Africa's three hardest-hit outbreak countries.

At a media briefing today, Centers for Disease Control and Prevention (CDC) Director Tom Frieden, MD, MPH, said the stepped-up measures will be instituted at five of the nation's major airports, which handle about 95% of the people coming into the country from Guinea, Liberia, and Sierra Leone.

Also today, the World Health Organization (WHO) said official Ebola cases in West Africa topped 8,000, but it warned that the total doesn't reflect the dire conditions responders in the region are seeing.

Five airports to do enhanced screening

The new procedures will be rolled out on Saturday at JFK International Airport outside of New York City and will take effect at four more international airports next week: Newark, Washington-Dulles, Chicago-O'Hare, and Atlanta.

Frieden called the move a layered approach designed to enhance protection for the American public and for the travelers from the three outbreak nations.

Customs and Border Patrol (CBP) staff at the five airports will escort travelers from the countries to a screening area, ask them detailed questions to identify if they had contact with Ebola, assess if they have fevers with a reliable no-touch thermometer, and get contact information about how officials can reach them, if needed, while they are in the United States.

Travelers who have had possible Ebola exposure or have a fever will be evaluated by an officer at the airports' CDC quarantine station and referred to appropriate health authorities, as needed.

The steps announced today won't disrupt the travel of large numbers of people and will take only a small number of federal staff to make sure quarantine stations at the five airports are staffed around the clock.

Frieden warned that although the steps should afford some extra protection, federal officials can't reduce the risk of more Ebola cases being detected in the United States to zero until the disease is stamped out in West Africa. He added that the enhanced measures are likely to identify people with fevers who don't have Ebola, because fever is also a symptom of malaria, an extremely common disease in Africa.

Alejandro Mayorkas, deputy secretary of the Department of Homeland Security (DHS), said systems at the airport can identify passengers' full journey, even if the last leg of their flight wasn't from one of the outbreak countries. He said the DHS, other federal agencies, and the Obama administration will continually assess the situation to see if other travel-related measures are necessary.

A few hours before federal officials announced the enhanced airports screening, Texas Health Presbyterian Hospital in Dallas said the Liberian man hospitalized with Ebola died from his infection at 7:51 this morning local time, according to a statement from the hospital's parent company.

"He fought courageously in this battle," Texas Health Resources said, extending its condolences to the man's family, as well as to the medical team who treated him.

As of yesterday, the man, Thomas Eric Duncan, was listed in critical condition, on a ventilator, and receiving kidney dialysis. The hospital had said his liver function declined over the weekend but had then improved. According to earlier reports, he had been receiving the investigational antiviral drug brincidofovir.

David Lakey, MD, commissioner of the Texas Department of State Health Services (TDSHS), said today in a statement, "The past week has been an enormous test of our health system, but for one family it has been far more personal. Today they lost a dear member of their family."

He said the hospital staff provided excellent and compassionate care, "but Ebola is a disease that attacks the body in many ways. We'll continue every effort to contain the spread of the virus and protect people from this threat."

In a separate statement today, Lakey said state health officials realize it's a difficult time for the family and said they will continue to treat Duncan's body with respect, while ensuring that there is no added threat to the public. He said the CDC has guidelines for handing the bodies of people who die from Ebola, which includes double bagging them and disinfecting the bag before transport.

The body will be cremated, and Lakey said he explained to the family about why state health officials recommend cremation, and they have agreed. He said the process kills any remaining virus and allows the family to receive the remains without needing protective gear.

In other Texas Ebola developments today, Texas Health Presbyterian Hospital in Dallas said a patient has been admitted to its emergency department after reporting possible exposure to the Ebola virus. "Right now there are more questions than answers about this case," the hospital said in a statement.

Frieden, during today's media briefing, said he had been informed about the new development and the patient had no definite contact with Duncan and no definitive Ebola symptoms.

According to a Dallas Morning News report, the patient undergoing evaluation at the hospital isn't one of the 48 contacts of Duncan's who are being monitored. The man is a Dallas County sheriff's deputy who went to an urgent care clinic in the suburb of Frisco reporting Ebola-like symptoms.

According to media reports, the man was part of a group that had entered Duncan's apartment without wearing protective gear. WFAA, the ABC television affiliate in Dallas, said the officer was part of a group that went to the apartment to serve quarantine papers, which was before the facility was decontaminated. Health experts have said the risk of Ebola transmission is limited to direct contact with a sick patient's body fluids.

In Spain, a nursing assistant who contracted Ebola after caring for an infected priest (who later died) said she told health authorities about her fever at least three times before she was hospitalized and isolated, according to a report today in the British newspaper The Guardian.

The woman, Teresa Romero Ramos, is the first person in the current epidemic who has contracted Ebola outside West Africa. She initially reported a fever to an occupational health service at the Carlos III Hospital, where she works, on Sep 30, according to The Guardian, which based its story on Spanish newspaper reports. Because her fever was mild, she was advised to visit her local clinic.

A few days later she called the hospital again, but no action was taken. Then on Oct 6 she told the hospital she was feeling "terrible." Rather than send her to the hospital in which Spain's two previous Ebola case-patients had been treated, officials told her to seek treatment at the hospital nearest her home, the newspaper reported. There, doctors didn't immediately isolate her despite her expressed fear of having Ebola virus disease.

A doctor attending to Romero Ramos said she might have contracted the virus when she was taking off her protective equipment, the story said. But in an interview with El Mundo, she said she had followed protocols while caring for the priest and had no idea how she became infected.

Another nursing assistant on the team that cared for the two Spanish missionaries who were evacuated to Spain after contracting Ebola in West Africa was admitted to Carlos III Hospital last night for monitoring, according to the newspaper El Pais. A translation of the story was provided by the H5N1 blog. The story said she had a very slight fever and that she is a friend of Romero Ramos.

The World Health Organization (WHO) said today that the Ebola situation in Guinea, Liberia, and Sierra Leone continues to deteriorate, and it said the continuing surge of new cases in Liberia has overwhelmed responders, who are having problems gathering epidemiologic data there.

In releasing its new case numbers today, it warned that the charts and patterns don't reflect the dire conditions responders are seeing in the field.

As of Oct 5, the region reported 8,033 suspected or confirmed infections, along with 3,879 deaths. Since the WHO's last update on Oct 3, the countries have reported 563 more infections and 448 more fatalities. Global health groups have said the official numbers dramatically underestimate the true burden of the disease in West Africa.

The WHO said there is no evidence that the region's epidemic is being brought under control, though responders are evaluating possible declines in disease incidence in Liberia's Lofa district and Sierra Leone's Kailahun and Kenema districts.

The agency called the data-gathering problems in Liberia "profound" and said responders and lab staff have said there is widespread under-reporting and that the situation in Liberia, especially in the capital Monrovia, is deteriorating from week to week.

Oct 8 TDSHS statement on the death