Girl dies from Ebola in Uganda; 14 more infected in DRC 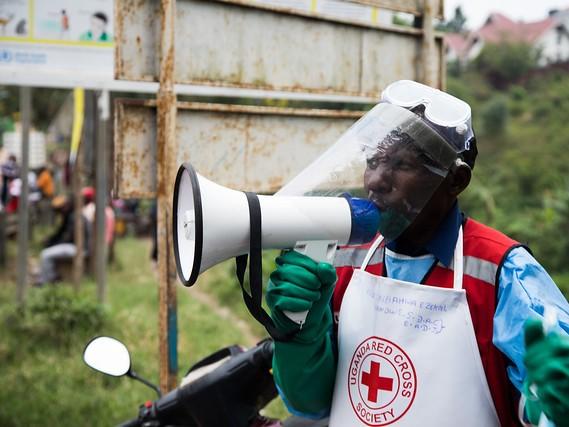 A 9-year-old girl from the Democratic Republic of the Congo (DRC) whose illness was confirmed yesterday as Uganda's latest imported Ebola case has died from her infection, and officials reported another double-digit case rise in the DRC, where another hot spot is emerging.

The developments come just a day after outbreak totals topped 3,000 cases and 2,000 deaths, which made headlines and prompted statements from global health groups, including the World Health Organization (WHO).

In a statement yesterday, the WHO called for the full force of all its partners to respond and increase their role in the field to stop the outbreak, which it calls one of the largest and most complex humanitarian crises in the world.

Tedros Adhanom Ghebreyesus, PhD, the WHO's director-general, said in the statement that the group is committed to working alongside the DRC to bring the outbreak to an end. "Our commitment also means strengthening health systems to give them all the other things they need. Building strong systems is what will protect people, communities, and the world."

He added that the country of 80 million is also grappling with displaced populations and is experiencing the world's second largest food crisis. The DRC is also battling several other infectious disease outbreaks, including cholera, measles, and vaccine-derived polio.

Tedros and UN Secretary-General Antonio Guterres, along with other top officials, will be in the DRC this weekend.

According to Uganda's health ministry Twitter account, the 9-year-old DRC girl died today, and plans are under way to send her body back to the DRC for a safe and dignified burial, as requested by her father.

Ugandan officials added that five contacts of the girl have been identified for follow-up, including three patients who were in the Ebola treatment unit (ETU) in Uganda and two who attended to people in the ETU. All five are from the DRC and were transported in the same ambulance with the girl from the Mpondwe entry point, where workers flagged her Ebola symptoms. The ambulance took the group to the Bwera ETU.

As of last night, four of the contacts had been taken back to the DRC for vaccination and follow-up. The fifth is the girl's mother, who is scheduled to return to the DRC for her daughter's burial.

The ministry said 300 doses of VSV-EBOV have arrived in Kasese district, where the latest imported case was identified, and will be used to vaccinate any contacts and contacts of contacts. So far, the country has vaccinated 8,000 people in high-risk districts.

In its weekly snapshot of the outbreak, the WHO said the outbreak's intensity is similar to the past 6 weeks, averaging about 77 cases a week.

Over the past 3 weeks, most cases have come from Bani, Mandima, and Kalungunta. However, the WHO said Mambasa in Ituri province continues to show signs of an emerging hot spot, with 16 illnesses reported over the last 21 days.

Regarding the six recent cases from Mwenga health zone in South Kivu province, the WHO said all involve family members of one of the recent cases. And though the cluster has involved two generations of transmission, all cases are in people who were under surveillance and quickly received care when they got sick.

In other developments, confirmation of new Ebola cases in the DRC continues at a brisk pace, with 13 new infections reflected today on the WHO's online Ebola dashboard, putting the outbreak total at 3,017. Health officials are also investigating 416 suspected Ebola cases. The number of deaths appeared to hold steady at 2,006.

In an update for yesterday posted today the DRC's multisector Ebola response committee (CMRE) said that of the 7 cases reported yesterday, 5 were from North Kivu, including 3 from Kalunguta, 1 from Mutwanga, and 1 from Mabalako. The other two were from Mambasa in Ituri province. Of the 8 deaths reported yesterday, two occurred in the community, which increased the risk of virus spread.