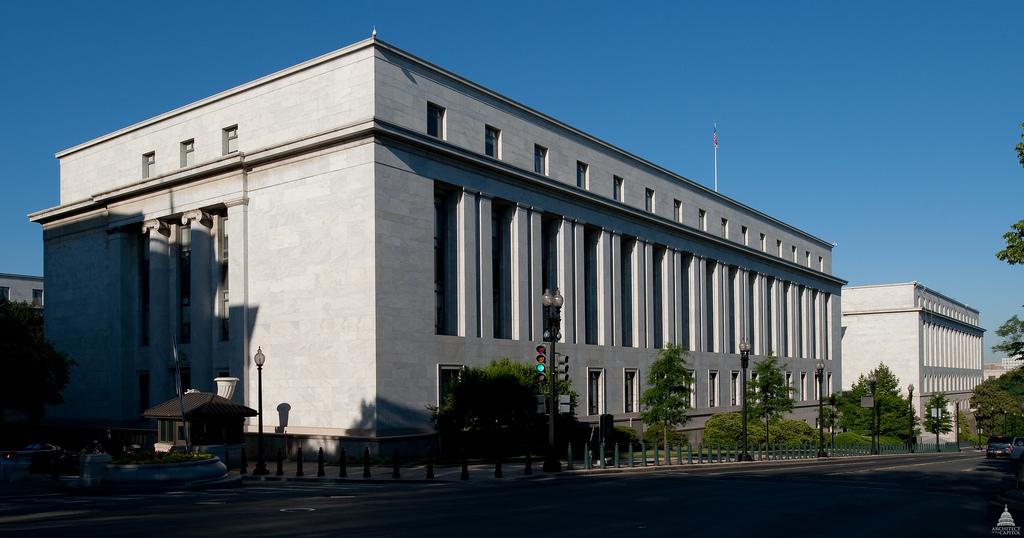 The hearing of the US House Foreign Affairs Subcommittee on Africa, Global Human Rights, and International Organizations today at the Rayburn House Office Building heard grim testimony about the Ebola outbreak in west Africa., Architect of the Capitol

A US House committee heard grim testimony today on West Africa's Ebola epidemic, with an official of a leading aid group asserting that inaction by the rest of the world has let the disease get out of control.

"It's clear to say that this disease is uncontained and out of control in West Africa," said Ken Isaacs, vice president of program and government relations for the relief group Samaritan's Purse (SP). "The international response has been a failure, and it's important to understand that."

He said SP's experts believe the official epidemic case numbers from the World Health Organization (WHO) represent only 25% to 50% of the true numbers. Yesterday the WHO put the Ebola total for Guinea, Liberia, Sierra Leone, and Nigeria at 1,711 cases and 932 deaths.

"The governments simply do not have the capacity to handle the crisis in their countries," Isaacs added. "If a mechanism isn't found to create a paradigm for the international community to get involved, the world will effectively relegate the containment of this disease to three of the poorest nations in world."

Isaacs spoke at a hearing convened by the House Foreign Affairs Subcommittee on Africa, Global Human Rights, and International Organizations. The session was streamed over the Web.

The subcommittee also heard from several other witnesses, including Tom Frieden, MD, director of the US Centers for Disease Control and Prevention (CDC), who called the epidemic unprecedented in multiple ways but asserted that it can be stopped by using tried-and-true public health interventions.

But Isaacs made the challenge sound daunting. His organization employs Keith Brantly, MD, one of two American health workers who contracted Ebola while working in Liberia and were recently flown back to the United States for treatment. He and Nancy Writebol of SIM (Service in Mission), the other patient, have been treated with an experimental drug and are said to be improving.

"There are bodies lying in the street in Liberia," a nation that's still trying to recover from a long civil war that left lingering tensions, Isaacs said. "There are gangs threatening to burn down hospitals."

"It's clear to me that Liberia is in a severe crisis that I believe threatens the stability of the society as it exists today," he told the panel.

SP's office in Liberia remains open, but "we've in fact suspended all other program activity," he said. "We're in the process now of backing up and reloading. We intend to come back."

The committee also heard sobering observations from Frank Glover, MD, a urologist and medical missionary with SIM, who described the weakness of Liberia's medical system.

Glover said 95% of expatriate doctors in Liberia have left, leaving only 50 doctors in the country. After the second of two doctors died of the disease, all the government hospitals shut down.

The country has only two Ebola treatment centers, one in Monrovia and one in Lofa, Glover reported. Many patients are dying of Ebola in community settings because of the lack of treatment facilities.

The epidemic has previously been described as unprecedented, but Frieden expanded on the theme, saying that's true on five counts.

"First it's the largest outbreak ever. In a few weeks there'll be more cases than in all previous outbreaks put together," he said. "Second, it's multi country. One of the epicenters is on the confluence of three different countries" (Liberia, Guinea, and Sierra Leone).

Fifth, Frieden said, "it's the first time we've had to deal with it in the US." Besides the presence of the two sick American medical workers, the nation has to worry about testing travelers who are sick after returning to the states from the affected countries, he explained.

He noted that the CDC has an Ebola test that's relatively fast, and the agency is working to make it available to the Laboratory Response Network (LRN) within a few weeks. The network consists of state public health labs and other labs that can test for a wide range of diseases.

He re-emphasized the CDC message that only people who have symptoms can spread Ebola to others and that transmission occurs only through close contact with body fluids.

To arrest an outbreak requires "meticulous isolation" of those infected, followed by equally carefully tracing and management of their contacts, Frieden said. If a contact gets a fever, the process must be started all over. "It's laborious, it's hard, it requires local knowledge, but it's how Ebola is stopped."

Isaacs, however, told the committee that that type of follow-up isn't happening in Liberia. "I don't think the ministry of health can fight this. There's no contacts being run down in Liberia," he said.

Frieden, who voiced confidence that the United States will not face a big Ebola outbreak, was asked if the virus can spread through sneezing or coughing.

"In medicine we often say, 'Never say never,'" he replied. He noted that a Liberian official who died in Nigeria was sick on an airliner. So far no illnesses have been identified in his fellow passengers, but "we do have concerns that there could be transmission from someone who is very ill."

"If someone is ill on an airplane, having a fever or bleeding, that might present a risk to someone who came in contact and didn't take appropriate precautions," he said.