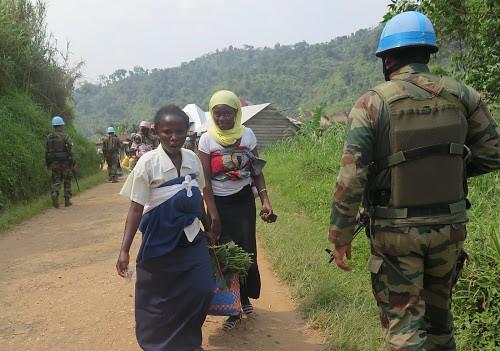 The head of the World Health Organization (WHO) today said Ebola response operations in two hot spots remain paralyzed for the sixth day in a row, which could prolong the outbreak, amid a report of an attack on a United Nation peacekeeping office in Beni.

In other developments, 4 new cases were reported over the weekend and through today, raising the outbreak total past 3,300 to 3,303.

Last week, the WHO said violence between the Democratic Republic of the Congo's (DRC's) military and local members of the Allied Democratic Forces (ADF), which is considered a rebel terrorist organization, is on the rise. Civilian deaths have occurred following the clashes over the past few weekends, including in Beni.

The developments, which also include local protests against the ADF and military violence, brought Ebola outbreak response to a standstill in Beni and Butembo. Military action has also hindered the Ebola response in two other hot spots—Lwemba and Oicha—where a recently confirmed case was linked to high-risk contacts, stoking WHO worries about active transmission in an area with active military engagement.

On Twitter today, WHO Director-General Tedros Adhanom Ghebreyesus, PhD, said, "This could prolong the outbreak. I'm concerned about the well-being of responders & communities. I call on all parties to halt the violence."

Meanwhile, the United Nations (UN) Organization Stabilization Mission in the DRC, known as MONUSCO, said on Twitter today that its office in Beni was damaged after an attack and staff were redeployed to another site. It called for calm and responsibility as violent protests continue to rock the city.

It said UN special representative Leila Zerrougui attended a National Security Council meeting today chaired by DRC's president and its ministers and military leaders, following an invitation from the government, MONUSCO said. Zerrougui said she understood the population's anger following more deadly attacks by the ADF and said attacking the facilities of MONUSCO and local authorities only weakens the fight of DRC's armed forces (FARDC) against the ADF.

MONUSCO said it would strengthen cooperation with partners to jointly find solutions for the people of Beni, and it also raised concerns about misinformation and calls for violence on social media. It called on all political, religious, and media groups to support a return to calm needed to fight the ADF and to continue the Ebola response.

Of the four newly confirmed cases reported over the past few days, two were reported today, according to numbers reflected on the WHO's online Ebola dashboard. Health officials are still investigating 314 suspected cases.

Two more people died from their Ebola infections over the past few days, bringing the fatality count to 2,198.

The DRC's Ebola technical committee (CMRE) in its daily report for Nov 23 had locations for two of the recent cases: Mabalako and Mandima.

The CMRE also noted that labs for the National Institute of Biomedical Research (INRB) arrived in Goma on Nov 23, as part of a strategy to strengthen the health system in the wake of the latest Ebola outbreak. It will operate under the direction of the INRB in Kinshasa.