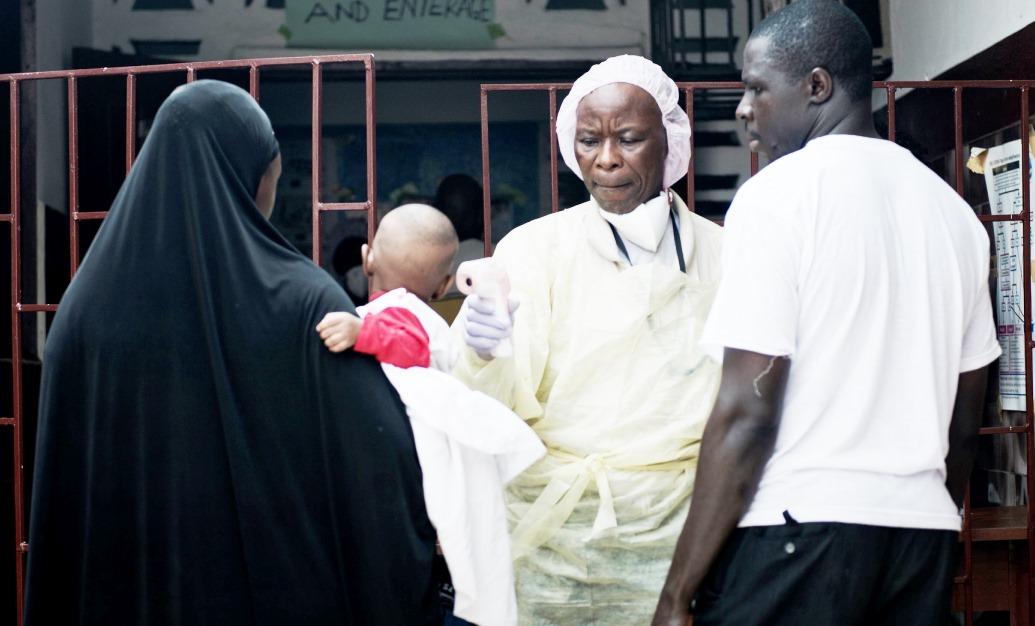 A newborn baby whose mother recently died from Ebola was the only new Ebola patient reported in Guinea last week, though the World Health Organization (WHO) said responders are monitoring a number of high-risk contacts related to the illness cluster.

In other developments, a Nigerian doctor who survived Ebola delivered a healthy baby at a California hospital, and new clinical trial results suggest a boosted experimental ChAd3 vaccine could extend the duration of protection.

In its weekly update today the WHO said the baby was delivered in an Ebola treatment center in Conakry and is being treated. The child's infection is the fourth reported from the same family in the village of Kondeyah, in Forecariah district.

The newborn's 25-year-old mother, whose Ebola infection was confirmed the previous week, died after giving birth. Ebola infections had also been confirmed in two of the woman's other young children whose illnesses were also announced the week before. The WHO warned that those family cases generated a large number of high-risk contacts who are now in their second week of 21-day monitoring.

According to the WHO, the baby's illness is the tenth in the Forecariah branch of a transmission chain that began in Conakry's Ratoma area.

Guinea is monitoring a total of 382 contacts, which include 43 in Conakry and 339 in Forecariah district. Among that group are 141 high-risk contacts, 7 from the capital and the rest from Forecariah.

In Sierra Leone, all contacts linked to the country's last two known transmission chains have completed follow-up. Its last patient tested negative for a second time on Sep 25, and if no further cases are reported, Sierra Leone will reach Ebola-free status on Nov 7.

The WHO noted that the outbreak region has now reported five or fewer cases for 14 consecutive weeks. The overall outbreak number for the three affected West African countries is at 28,571 confirmed, probable, or suspected cases, with the number of deaths reaching 11,299.

A Nigerian doctor who survived her Ebola infection recently delivered a baby girl who is free of the virus at a California hospital, AllAfrica news reported yesterday.

Ada Igonoh, MD, got sick in August 2014 when she was exposed to Patrick Sawyer, a Liberian-American man whose Ebola infection was detected when he arrived by plane in Lagos, Nigeria, according to the report. First Consultant Medical Centre, the hospital she worked at when she was exposed to the Ebola virus, announced that Igonoh delivered her baby at Greater El Monte Community Hospital in California, located just east of Los Angeles.

The report said Igonoh had been under monitoring since she conceived to track the health of her baby, who has tested negative for the virus.

In survivors, Ebola can linger in immune-protected parts of the body, and recent cases such as that of a Scottish nurse hospitalized for neurologic complications in London have highlighted longer-term health issues.

In other news, the ChAd3 Ebola vaccine, which uses a chimpanzee adenovirus to deliver genetic material of Ebola virus from the Zaire strain, could be useful for short-term use during ring vaccination to halt Ebola transmission, but a boosting strategy using the vaccine could offer longer-term coverage to help protect healthcare workers, for example, researchers reported yesterday.

The team, which included scientists from the US National Institute of Allergy and Infectious Diseases, Mali, the WHO, GlaxoSmithKline, and Oxford University, reported its findings from a phase 1 trial involving volunteers in the United States and Mali in The Lancet Infectious Diseases.

The investigators tested four different vaccine dosages with or without a modified vaccinia Ankara (MVA-BN-Filo) boost. High antibody responses were seen in most volunteers, with a significant increase at the highest dose, 1 x 1011 plaque-forming units (PFU). After MVA boosting, titers rose and persisted beyond 6 months, and T-cell response appeared to be more robust in those who received the booster vaccine.

Authors said the results suggest that the single-dose version of the vaccine at the 1 x 1011 PFU level would be appropriate for phase 3 ring vaccination trials. Such trials for the VSV-EBOV vaccine have shown high effectiveness. The researchers noted, however, that MVA-BN-Filo boosting, though more complex, could help provide longer duration of protection when needed.

In an editorial that accompanied the study, Steven Bradfute, PhD, with the Center for Global Health at the University of New Mexico, wrote that the lack of standard assays makes side-to-side comparisons of responses to different vaccines in human and animal studies difficult. He noted that future studies could help sort out immunity correlates involving both Ebola antibodies and functional antibody responses.

Research on vaccine platforms that cover other filioviruses that infect humans will be important, as will be further investigations to explore immune responses and adverse reactions in different populations, he added.