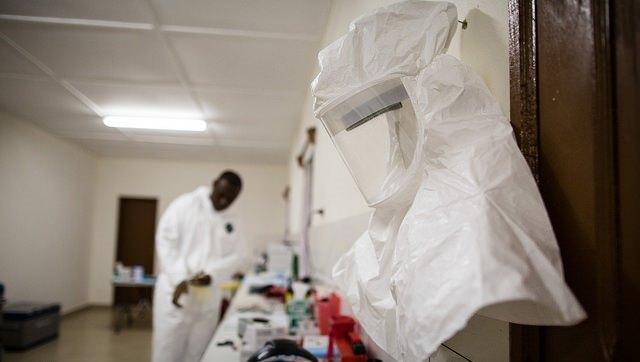 The funding request includes about $2 billion for USAID's foreign assistance in the outbreak.

The Obama administration today asked Congress for $6.18 billion in emergency funds this fiscal year to fight Ebola in West Africa and the United States, as African health ministers elected a new World Health Organization (WHO) regional leader, a position key to the outbreak response that recently came under sharp criticism.

President Barack Obama's request comes a day after the midterm elections, as well as an Ebola briefing yesterday with cabinet members and other top officials involved in the US response.

In an update on the epidemic today, the WHO said Ebola activity is still persistent and widespread in all three of the hardest-hit countries, calling the situation in Sierra Leone "very concerning," with intense transmission in the capital, Freetown, and a handful of the country's western districts.

The $6.18 billion in new funding would include $4.5 billion for immediate response and $1.5 billion in contingency funds, Reuters reported today.

In September, Congress included $88 million for the Ebola response in legislation designed to fund the government from the end of the fiscal year until mid December, aiming to prevent another shutdown, according to earlier reports. Those funds were earmarked for the development of experimental Ebola vaccines and treatments and for the Centers for Disease Control and Prevention's (CDC's) outbreak activities.

Other funding has come from the US Agency for International Development (USAID), and the US Department of Defense (DoD) had asked to program $500 million in fiscal year 2014 to fulfill its mission in the outbreak response in Operation United Assistance.

Lawmakers in the Senate and House are working on a $1 trillion spending package to fund the federal government through the end of the fiscal year, with the Ebola request folded into the bill, according to Reuters. Existing government funds run out on Dec 11.

African health ministers today voted to nominate Matshidiso Moeti, MD, a physician from Botswana, to lead the WHO's African Regional Office, which recently came under fire for being slow to alert global health officials to the growing Ebola threat when the disease emerged in West Africa last spring.

Moeti was one of five who were up for a vote at the African region's annual meeting this week in Cotonou, Benin, and her nomination is subject to confirmation by the WHO executive board in January. Once confirmed, she'll start her 5-year term on Feb 1, according to a statement today from the WHO. She succeeds Luis Sambo, MD, an Angolan who served as the office's regional director for the past 10 years. Most recently, Moeti was the office's deputy regional director until March 2014.

An unpublished early draft of a WHO draft report on the outbreak's timeline, obtained last month by the Associated Press (AP), highlighted several missteps in the African regional office and some of the WHO country offices. The WHO said it wouldn't comment on the report until the urgent response period has passed. A recent editorial in The Lancet said the nomination of a competent, skilled leader is a critical test for the office.

The Center for Global Development (CGD), a nonprofit think tank based in Washington, DC, said recently that the WHO does not have an independent mechanism in place to recommend, interview, and evaluate the best qualified candidates for director of the African Regional Office.

In its October report, the center said 20 of Moeti's 35 years of experience have been in international health. During her time with Botswana's health ministry she led the epidemiology unit and its HIV/AIDS program. She has worked with two different United Nations health agencies and has held positions with the WHO's African Regional Office since 1999.

The CGD asked what change Moeti would bring to the office if elected. In a written response, she said the response to West Africa's Ebola epidemic hasn't been sufficient and could have been quicker, with the WHO and the broader global community also sharing responsibility for. She said the regional office's accountability system needs to be strengthened, from departments to individual staff members, with inspections and audits.

Moeti also said she hoped to build a more open, less hierarchical workplace that emphasizes working together. Though the WHO has reformed the process of appointing country representatives, there is a need to invest more in capacity and competence, with most investments in staff development, she commented.

In its latest update, the WHO put the total number of Ebola infections linked to the outbreak at 13,042, with 4,818 deaths. It said today's report lists fewer cases than its last update on Oct 31, because of a change in data sourcing, so that the numbers now align with cases and deaths reported by national health ministries and WHO country offices.

Sierra Leone reported 435 more confirmed cases over the past week, which the WHO said was very concerning. It said the main drivers are disease activity in the western districts of Bombali and Port Loko, as well as western rural areas. However, the WHO said cases continue to decline in two areas that had been persistent hot spots—Kenema and Kailahun.

At a national level in Liberia, there has been some evidence of a decline, but case numbers are still high in some parts of the country, according to the WHO. Liberia reported 89 probable cases over the past week, 50 of them in its capital, Monrovia.

Six of the country's districts reported probable cases last week, 24 of them in Marbigi. However, transmission appears to be flattening in some districts, such as Lofa. The WHO emphasized that more data are needed to thoroughly assess Liberia's disease status, adding that data are missing for Nov 1 and 2.

UN officials and other response officials made a field visit to Nimba County recently and noted that though the epidemic there seems to show a downward trend, underlying problems persist, such as poor health infrastructure and denial of the disease in certain communities, according to an update yesterday from the UN Mission for Ebola Emergency Response (UNMEER).

In Guinea, where the outbreak began and has seen several peaks and valleys, the incidence appears to be stable at the national level, but transmission remains intense, with 93 new confirmed cases reported over the past week, more than half of those from Macenta, near the Liberian border, the WHO said.

However, it added that there are a few signs that incidence could be flattening in some areas, such as Gueckedou, one of the outbreak's main hot spots, which didn't report a case last week and in recent weeks has reported fewer average cases each week than in the last 6 months. New infections continue to be reported in Conakry and other areas, and the WHO said it's too soon to tell if the decline in cases will be sustained.