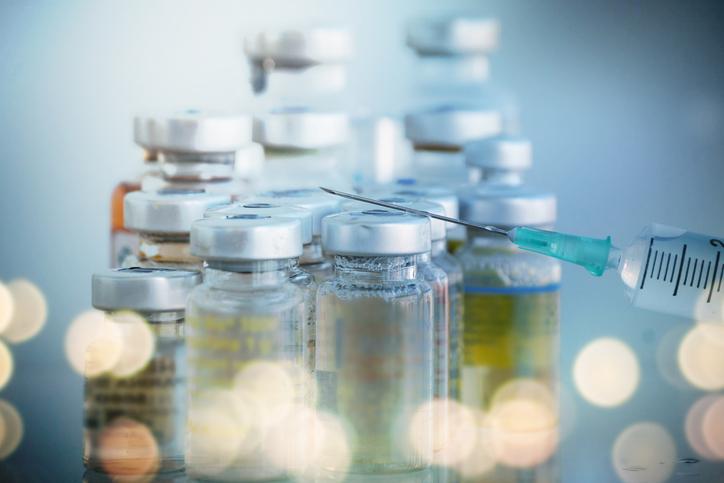 The US Department of Health and Human Services (HHS) has announced the first Project BioShield funding for Ebola countermeasures, which would add two vaccines and two treatments to the Strategic National Stockpile (SNS): a single-dose vaccine licensed by Merck, a prime-boost vaccine regimen from Johnson & Johnson, and monoclonal antibody treatments from Mapp Biopharmaceutical and Regeneron Pharmaceuticals.

The $170.2 million in Project BioShield funds covers late-stage development and buys up to 1.13 million vaccine regimens and an unspecified number of treatment courses of the two drugs.

Ebola is considered a potential bioterror threat, as well as a naturally occurring public health threat, underscored by the 2014-16 outbreak in West Africa that sickened more than 28,000 people and led to more than 11,000 deaths.

Project BioShield, passed by Congress in 2004 in the wake of the 2001 terrorist attacks, is designed to acquire medical countermeasures to biological, chemical, radiological, and nuclear agents. The funding was set to expire in 2013, but it was extended through 2018 via the 2013 Pandemic and All-Hazards Preparedness Reauthorization Act.

Rick Bright, PhD, director of the HHS' Biomedical Advanced Research and Development Authority (BARDA), said in a Sep 29 HHS statement that 3 years ago there were very few Ebola products, even in early-stage development, and now federal officials are poised to add four Ebola countermeasures to the SNS. "We reached this point at unprecedented speed, and that's a direct result of innovative approaches to product development and to partnering across the US government, other nations, and private industry."

BARDA's funding through Project BioShield will help companies validate their manufacturing processes and take final steps to apply for Food and Drug Administration (FDA) approval. During those activities, BARDA can purchase the vaccines and drugs for potential use in a public health emergency.

BARDA said it would provide $39.2 million for Merck's single-dose VSV-EBOV vaccine, which was developed by the Public Health Agency of Canada with support from the National Institute of Allergy and Infectious Diseases and initially licensed by NewLink Genetics. The vaccine is furthest along in clinical trials, showed good effectiveness in a phase 3 clinical trial in West Africa, and has been used in ring vaccination strategies in the outbreak region.

Global health officials have said multiple vaccine strategies will likely be needed to battle Ebola outbreaks, such as ones that provide quick immunity and can be used to help tamp down outbreaks, and others that offer more long-lasting immunity and could be used to protect health workers or people who live in areas where the disease is endemic.

The second vaccine to receive Project BioShield funding is Johnson & Johnson's prime-boost regimen, which is slated to receive $44.7 million. The vaccine from Johnson & Johnson,  part of Janssen Vaccines, involves a priming dose of the Ad26.ZEBOV and a booster dose of Bavarian Nordic's MVA-BN-Filo.

Several vaccine trials are under way in Europe, the United States, and Africa.

The funding also includes $45.9 million for the drug ZMapp, made by Mapp Biopharmaceutical. The drug, a cocktail of three monoclonal antibodies, was used experimentally during the outbreak to treat some patients and continues to be available for expanded access protocols in the United States and West Africa.

The second drug—which received $40.4 million in initial funding—is another cocktail of three monoclonal antibodies, REGN3470-3471-3479, made by Regeneron Pharmaceuticals. It is made using specialized Chinese hamster ovary cells with the company's proprietary technology that is designed to quickly develop a candidate drug and quickly scale-up manufacturing.

In its own news release today, Regeneron also announced a new collaboration with BARDA to develop a portfolio of antibody treatment targeting 10 pathogens, starting with influenza.