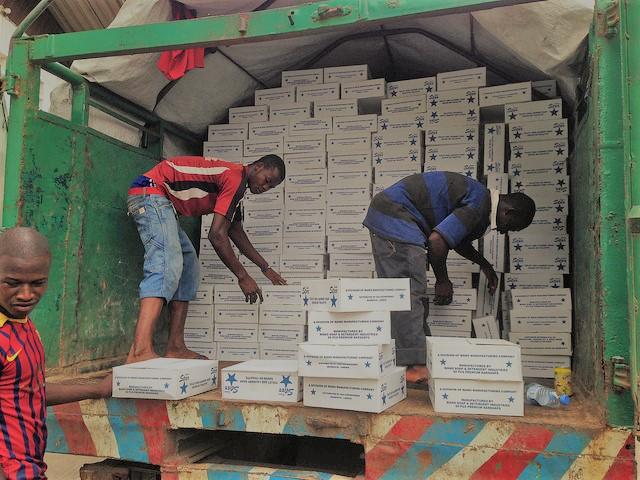 A review of US-funded Ebola recovery projects in Guinea, Liberia, and Sierra Leone by the US Government Accountability Office (GAO) released this week found that, of $1.6 billion appropriated by Congress in 2014 for US Agency for International Development (USAID) in the hard-hit region, $411.6 million has been targeted to 131 specific projects.

However, in tallying up the projects and their scope, the GAO found that USAID needs to do more to ensure a complete inventory of all of its Ebola recovery projects.

Alongside staggering numbers of illnesses and deaths from the virus in West Africa, the outbreak stretched thin the already weak healthcare and infrastructure systems in the three countries. Border closures, job losses, and food shortages also followed in the wake of the Ebola outbreak. According to the GAO report, gross domestic product declined in all three of the countries in 2015, especially in Sierra Leone.

As the outbreak unfolded, global health officials also warned that Ebola survivors would face long-term health and socioeconomic challenges, which prompted the United States and other countries to retool some of their response plans.

As part of US funding for Ebola response, Congress in 2014 passed an appropriations act allocating about $2.5 billion to USAID and the State Department to help countries affected by the outbreak, most of it for USAID efforts. The act also required the departments to periodically report the status of the projects to Congress and for the GAO to conduct oversight on the use of the funds. A GAO report in November 2016 looked at USAID expenditures for the Ebola response that occurred before Congress passed the response funding package.

In their latest investigation, GAO professionals interviewed department officials, analyzed agency data, and made field visits to the three affected countries. The GAO published the 59-page report on Mar 28.

In a nutshell, the greatest funding amount has gone toward food security projects, crisis mitigation, and non-Ebola emergency health services.

Of 131 planned projects, the GAO found that USAID has completed 62, has 65 ongoing, and has yet to start 4. Of the 62 completed projects, 39 were done according to original time frames and budgeted costs, with extensions given for 23. As of September 2017, the largest number of projects have been implemented in Liberia.

Of the 65 ongoing projects, USAID expects to implement 46 within original time frames but has extended 19.

As part of its investigation, the GAO also looked at the way USAID evaluates its Ebola recovery activities, part of which involves an evaluation plan prepared by a USAID contractor.

The GAO said it found a number of discrepancies between the contractor's project inventory and USAID's data that the agency couldn't explain with certainty. In addition, as of December 2017 USAID has not ensured that the contractor has a complete and accurate inventory, which it said is also useful for informing and improving its ability to respond to future global health emergencies.

The GAO said it looked at the contractor's evaluation plan and found some incomplete or unclear elements, which have since been addressed by USAID and the contractor. The report also recommended that the USAID administrator ensure that a complete and accurate inventory of Ebola recovery project is compiled for ongoing evaluations.

The GAO said USAID and other government agencies have reviewed a draft of its report, and that USAID has agreed with the recommendations.