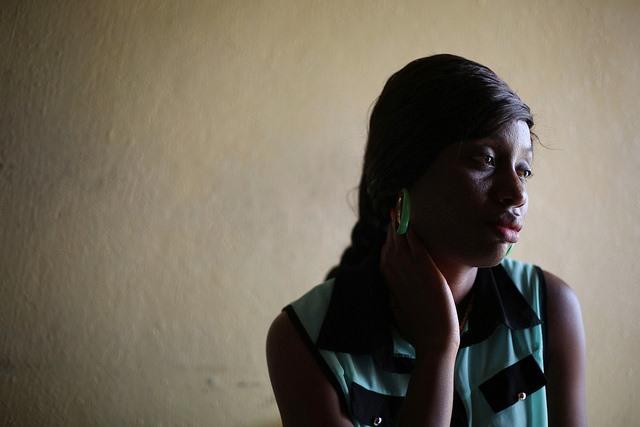 Two new studies demonstrate some of the long-term problems faced by people who recover from Ebola virus infections, including high rates of neurologic problems and a potential for virus survival in semen for 18 months.

Data from one study, on more than 1,000 survivors in Liberia, were released by the National Institute of Allergy and Infectious Diseases (NIAID), part of the National Institutes of Health, on Feb 23 at a conference in Boston. It also noted fairly high rates of complications in close contacts of the survivors.

The other study, published yesterday in Emerging Infectious Diseases (EID), involved a much smaller group of recovered Ebola patients in Sierra Leone.

NIAID researchers presented findings of the PREVAIL III study at the Conference on Retroviruses and Opportunistic Infections, according to an NIAID news release. The study included 1,049 survivors of Ebola virus disease (EVD) and 1,034 of their close contacts. The mean age of survivors was 30, and that of contacts was 26.

The scientists found that 68% of EVD survivors said they had neurologic problems, 60% reported eye difficulties, and 53% experienced musculoskeletal problems.

Close contacts also reported neurologic and musculoskeletal problems, but less commonly: 48% and 28%, respectively. Close contacts, however, reported vision problems at about the same rate: 59%. This group was potentially exposed to the virus but did not become infected.

The investigators also noted that 38% of 79 male survivors had Ebola detected in their semen at least once, and a third of the 69 who were tested more than once had intermittent findings (negative results then positive, or vice versa). One recovered EVD patient had Ebola virus detected in his semen after 18 months.

Previous studies have noted Ebola virus up to 9 months after infection, according to the US Centers for Disease Control and Prevention.

Without stating an exact percentage, the NIAID said that most survivors reported being sexually active. Only 4% of 126 close contacts who had sex with an EVD survivor reported regular condom use. This raises concerns about sexual transmission of the virus, but so far no such cases have been detected in the study cohort, the agency said.

The PREVAIL III trial is expected to enroll up to 1,500 EVD survivors and up to 6,000 close contacts, with participants monitored for up to 5 years and study visits every 6 months.

The EID study, meanwhile, found musculoskeletal problems and headaches the most common manifestations in EVD survivors. It involved 44 patients who were treated at a UK military hospital in Freetown, Sierra Leone.

The next most common complications were coughing in 5 survivors and chest pain, abdominal pain, and itching, each reported in 4 survivors.

The researchers also noted that survivors who reported headaches had had evidence of higher Ebola viral loads on admission than did those who didn't report a headache (P < 0.03). No clinical factors that the team analyzed corresponded to a higher incidence of musculoskeletal or eye problems.

One of the patients, a 25-year-old man, died 1 month after recovering from EVD. He developed deteriorating respiratory symptoms and fluid buildup around one lung about 3 weeks after being discharged.

The authors conclude, "We can expect some survivors to have long-term clinical needs. The epidemic is waning but the effects of the disease it caused will remain."