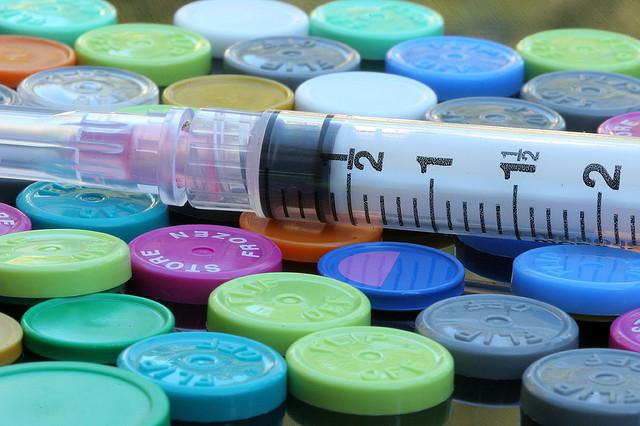 Results from a Liberian trial suggest that two candidate Ebola vaccines are safe, clearing the way for the next step to test efficacy, but with hardly any new cases there, discussions are under way to move the study to Guinea or Sierra Leone, which may cause problems for other studies taking place in the region.

The first phase of the trial launched in early February and involves the two candidate vaccines that are furthest along in clinical testing and placebo: ChAd3, developed by the National Institute of Health (NIH) and GlaxoSmithKline, and VSV-EBOV, developed by Canadian scientists and licensed by NewLink Genetics and Merck.

The NIH's National Institute of Allergy and Infectious Diseases (NIAID), the trial sponsor, said yesterday in a news release that initial findings from an independent monitoring board found that the vaccines appear safe, based on their use in more than 600 people in the phase 2/3 arm of the trial. The vaccines can now advance to phase 3 testing, which will focus on whether the vaccines are effective against Ebola.

In the phase 2/3 randomized double-blind study, participants received a single dose of one of the vaccines or placebo. ChAd3 uses a modified chimpanzee adenovirus vector, and VSV-EBOV uses an Ebola virus protein spliced into a vesicular stomatitis virus (VSV) vector.

Anthony Fauci, MD, NIAID director, said in the statement that the agency is grateful to Liberians who volunteered for the trial and is encouraged by findings so far for the two vaccines. "Now we must move forward to adapt and expand the study so that ultimately we can determine whether these experimental vaccines can protect against Ebola virus disease and therefore be used in future Ebola outbreaks," he said.

Though the enrollment goal was met for the phase 2 part of the study, researchers will continue enrolling a total of 1,500 people at Monrovia's Redemption Hospital through April and will increase the percentage of female participants.

Study follow up is expected to last at least 1 year, with blood drawn at 6 months and 12 months to measure the durability of the immune response, NIAID said, adding that the proposed changes are under review.

The original plan was to enroll 27,000 people in the phase 3 part of the trial, but with only one case confirmed in Liberia since Feb 19, the team leaders have determined that the study should expand to other sites where Ebola infections are still being reported. "Discussions are underway to explore that possibility," the NIAID said.

Moving the trial to Guinea or Sierra Leone, however, could create complications for Ebola and vaccine trials that area already under way in those nations—both of which are seeing declining Ebola numbers. The geographic footprint of the outbreak has narrowed substantially over the past few months to just the areas in and around the two national capitals, Conakry and Freetown.

ScienceInsider reported yesterday that conflicts are surfacing among research teams about the testing locations. For example, one of the leaders of a group that just launched the ring vaccination trial in Guinea this week of VSV-EBOV said that moving the US-led phase 3 trial from Liberia to Guinea could jeopardize the work.

Marie-Paule Kieny, PhD, assistant director-general for health systems and innovation at the World Health Organization (WHO), told ScienceInsider that she doubted both trials could be conducted in the same place and that if they did, there's a risk that neither could be conclusive. But Clifford Lane, MD, deputy director for clinical research for NIAID, countered that the recent pace of infections in Guinea could accommodate both studies. He said that, given the size of the country, the possibility should at least be explored.

As a compromise, Kieny told ScienceInsider that perhaps the relocated phase 3 study could launch after the ring vaccination study ends sometime this summer.

Researchers are facing a similar problem with trials for Ebola drugs, according to the ScienceInsider report. It noted that researchers leading a ZMapp trial in Liberia are eyeing a possible move to Sierra Leone, where a trial of TKM-Ebola is already taking place.

Other studies planned for outbreak region

Meanwhile, a third vaccine trial is set to launch very soon in Sierra Leone, according to a Mar 23 notice from the US Centers for Disease Control and Prevention (CDC).

The agency said it and partners from Sierra Leone are slated to launch a trial of VSV-EBOV in late March or early April. The safety and efficacy trial will target healthcare workers and other frontline Ebola responders.

The NIAID said it and Liberian researchers have plans to start a separate natural history study of Ebola survivors to get a better grip on the longer-term effects of Ebola disease. Enrollment will begin at four sites in Monrovia and at US locations in the coming months, as soon as the study is reviewed and approved, according to the NIAID.