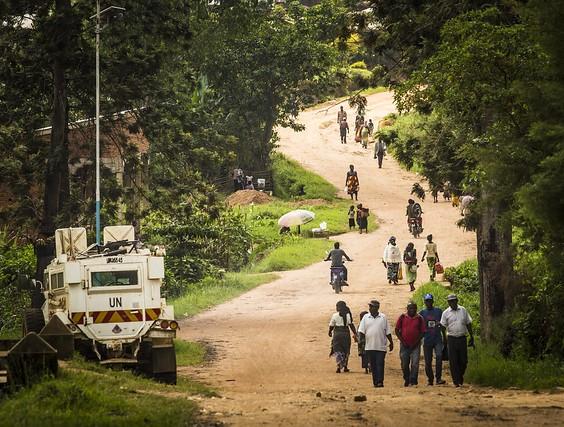 A 5-year-old boy in Uganda has been diagnosed as having Ebola, the first case of the deadly disease in that country or any other nation linked to an ongoing outbreak in the Democratic Republic of the Congo (DRC).

The patient and his family arrived in Uganda on Jun 10 through the Bwera Border post and sought medical care at Kagando hospital where health workers identified Ebola as a possible cause of illness, the World Health Organization (WHO) said in a statement today.

The child is currently receiving supportive care at the Bwera Ebola Treatment Unit, and all contacts are being followed.

On Twitter, Jane Ruth Aceng, MD, the minister of health for Uganda, posted a statement on the case, describing the boy's mother as being Congolese, and having recently taken care of the boy's grandfather in the DRC. The grandfather died from Ebola in Mabalako, one of the DRC's current hot spots, the statemenet said.

Aceng described a robust monitoring system that worked as planned on the border between DRC and Uganda, and said her country had gone from preparedness to "response mode," with this case.

All of the boy's family members are in isolation, Aceng said, with two case-contacts showing symptoms of Ebola. Their infections have not yet been confirmed.

Some in family evaded checkpoint

According to an update posted by the DRC's minister of health today, the boy was traveling with 14 family members, 12 of whom were symptomatic, when they were detected by the teams of the National Border Health Program (PNHF) installed at Kasindi health checkpoint at the Ugandan border.

"Recognizing the symptoms of Ebola, PNHF teams did not let the family pass and transferred the 12 symptomatic people to the transitional isolation center at Kasindi Hospital pending transfer to the Ebola Treatment Center in Beni to take the samples. Of the 12 suspected cases, there were seven children aged 7 months to 12 years," the DRC said.

But six family members, including the 5-year-old boy, escaped through a secondary route on foot to avoid health checkpoints and entered Uganda, where they were intercepted.

For 10 months, Uganda has closely monitored its porous border with the DRC for crossover cases, yet, despite numerous alerts, no cases have been detected until now.

"In preparation for a possible imported case during the current outbreak in DRC, Uganda has vaccinated nearly 4,700 health workers in 165 health facilities (including in the facility where the child is being cared for); disease monitoring has been intensified; and health workers trained on recognizing symptoms of the disease. Ebola Treatment Units are in place," the WHO regional office for Africa said in a news release.

The International Rescue Committee (IRC) also posted a statement on the case.

"The IRC is extremely alarmed by this development, but our teams in Uganda have been training and preparing for this possibility, working in infection prevention and control and training health clinics in the country to recognize symptoms and safely triage and transfer suspected cases to Ebola treatment centers," the IRC said.

For now, Aceng said Ugandan front line workers will continue to receive the VSV-EBOV vaccine to protect themselves from the virus.

WHO emergency panel on standby

On Twitter, WHO Director-General Tedros Adhanom Ghebreysus, PhD, said the WHO was "contacting members of the International Health Regulations Emergency Committee & asking them to be on standby."

The WHO's emergency committee has met twice to weigh whether the DRC's Ebola developments should constitute a public health emergency of international concern (PHEIC). At the group's last meeting in April, lack of international spread was among the reasons the group held off on recommending a PHEIC declaration.