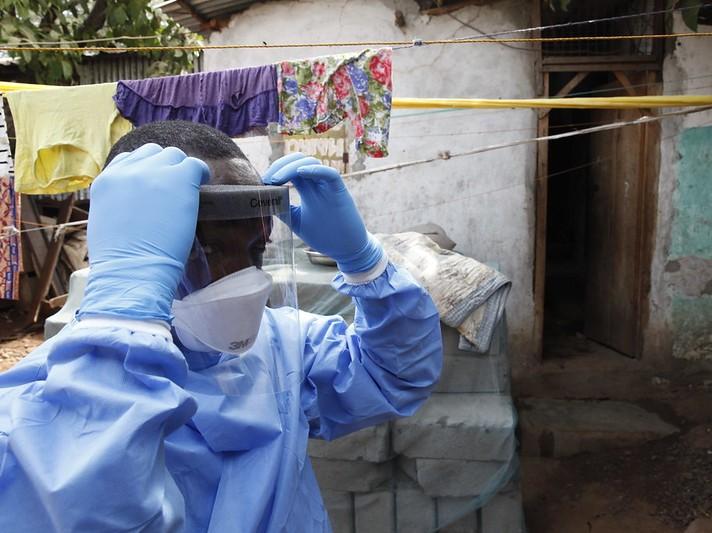 As Ebola cases steadily rise in Uganda, with a spate of cases recently reported in Kampala, the World Health Organization (WHO) said the latest developments increase the risk to Uganda and the surrounding region.

Uganda's health ministry is now reporting 128 lab-confirmed cases, up from 109 last week. Also, officials said 34 people have died from their infections, reflecting 4 more since last week. During the early days of the outbreak, officials reported at least 20 suspected cases, all of them fatal.

The most recent two cases were reported from Kassanda district, one of seven affected areas, according to a situation report from the WHO African regional office.

The WHO said in its latest outbreak update, based on information as of Oct 26, that the case fatality rate among lab-confirmed cases is 27.8%.

It said though Uganda has experience responding to Ebola outbreaks and has taken quick actions, the lack of treatments and vaccines for the more rare Sudan Ebola strain that's fueling the outbreak poses a serious public health risk.

The WHO is revising its formal risk assessment, but said given the geographical expansion to urban settings, the risk to Uganda has been elevated from high to very high, and the risk to the region has been increased from low to high. It added that the global risk remains low.

Six neighboring countries have stepped up their readiness actions, including Burundi, the Democratic Republic of Congo (DRC), Kenya, Rwanda, South Sudan, and Tanzania.

In Uganda, outbreak responders are monitoring 1,656 contacts in 10 districts, with a follow-up rate of 88%.

In other outbreak developments, Uganda's education ministry has banned school tours and parties for students graduating from primary and secondary schools, due to recent concerns about potential Ebola transmission in schools, according to the Uganda Daily Monitor.

Last week, health officials said six children from three schools in Kampala tested positive for the virus. All were contacts of a man who traveled from Kassanda district to Kampala, where he died from Ebola in a local hospital.

Also, Uganda's health ministry on Oct 28 announced that all contacts of confirmed cases are barred from local and international travel for 21 days. It said of the five initially affected districts, transmission has been interrupted in all but Mubende and Kassanda, both of which are under 21-day movement restriction.