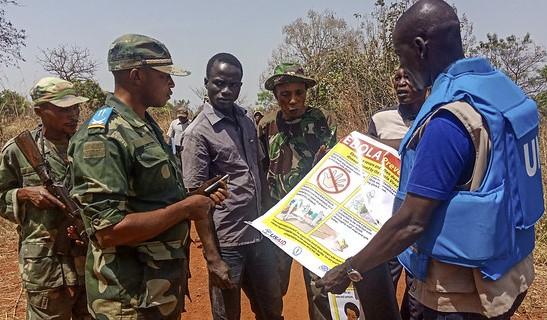 After yesterday's warning by the World Health Organization's (WHO) African regional office to not be overly optimistic about a recent drop in Ebola cases in the Democratic Republic of the Congo (DRC), the agency today reported 15 new infections on its Ebola online dashboard.

The new cases raise the outbreak total to 3,145, including 2,098 deaths; in addition, 493 suspected cases are under investigation.

The spike in cases could be linked to the halting of response work in Lwemba, located in Mandima, one of the current virus hot spots. According to the WHO's latest situation report, violence and vandalism erupted in Lwemba earlier this week after a healthcare worker died from Ebola. All surveillance activity has been suspended since Sep 14.

"Since Mandima is one of the current hotspots for the outbreak, we can expect a rise in cases in the coming weeks due to the disruption of response activities, including contact tracing and vaccination activities," the WHO said.

The WHO added that minor security incidents affected burial and vaccination activities in Mambasa and Komanda in the past week.

In encouraging news, the WHO said in the last 21 days, 14 health zones that had previously reported cases have not reported a case, which suggests transmission has been stopped in those areas.

The case-fatality rate of the outbreak stands at 67%, with 56% of cases involving women and 29% in children. Five percent of cases have occurred in health workers (159 cases).

Today the DRC's multisector Ebola response committee (CMRE) said the single case confirmed yesterday was in Biena, while two new deaths were in Beni and Komanda. The CMRE also said the total number of people vaccine with Merck's rVSV-ZEBOV is now 222,730.