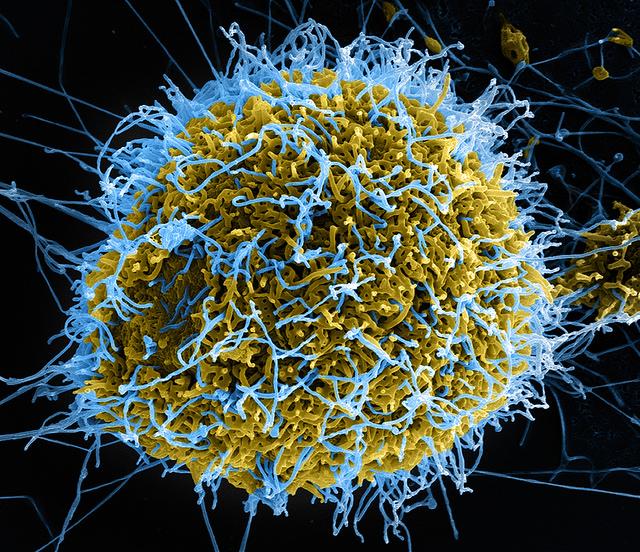 An outbreak of Ebola virus disease (EVD) in Western Africa that is already history's deadliest has reached 888 cases, with 44 new infections—and 21 newly reported deaths—the World Health Organization (WHO) said in an update yesterday.

The new EVD infections, which include lab-confirmed, probable, and suspected cases, were reported from Jul 6 to 8. About three fourths of them are in Sierra Leone, which reported 32 new cases. Guinea reported only 1 new case.

In addition, the United Nations Children's Fund (UNICEF) said today that rumors and denial are fueling the outbreak.

Sierra Leone reported 32 new cases and 15 new deaths, the WHO said. Disease activity has been focused in Kailahun and Kenema districts in the southeastern part of the country, both of which border Liberia.

Liberia, meanwhile, had 11 new EVD cases with 4 deaths. Its hot spots are Lofa in the far north, which borders both Sierra Leone and Guinea, and Monserrado on the Atlantic Ocean.

The WHO said in today's update, "The epidemic trend in Liberia and Sierra Leone remains precarious with high numbers of new cases and deaths being reported. . . . The respective Ministries of Health are working with WHO and its partners to step up containment measures."

In the WHO's previous update, released Jul 8, Sierra Leone had 34 new cases and Liberia 16.

That situation contrasts with Guinea, which reported just 1 new EVD case, along with 2 newly reported deaths. Guinea had reported no cases in the Jul 8 WHO update.

"WHO does not recommend any travel or trade restrictions be applied to Guinea, Liberia, or Sierra Leone based on the current information available for this event," the agency reiterated in its update.

UNICEF said today that it is focusing on combating rumors, fears, and misconceptions about the EVD outbreak.

"Rumours and denial are fueling the spread of Ebola and putting even more lives at risk," said Manuel Fontaine, UNICEF regional director for West and Central Africa, in a UNICEF news release. "Some people still deny that the disease is real. Others believe that it doesn't have to be treated.

"If we are to break the chain of Ebola transmission, it is crucial to combat the fear surrounding it and earn the trust of communities," Fontaine continued. "We have to knock on every door, visit every market, and spread the word in every church and every mosque. To do so, we urgently need more people, more funds, more partners."

UNICEF is stepping up its efforts in four West African countries in addition to those reporting EVD cases—Guinea-Bissau, Senegal, Mali, and Gambia—to prevent further spread of the virus. It is focusing on mobile messaging and other communication initiatives.

In its weekly communicable disease threats report today, the European Centre for Disease Control and Prevention (ECDC) reported on a cluster of cases in Guinea with an unexpectedly high survival rate.

"Medecins Sans Frontieres (MSF) [Doctors Without Borders] reported that 16 of the 21 EVD cases admitted to its treatment centre in Telimele in northern Guinea made a full recovery, compared with only 20-40 per cent of victims in Gueckedou," said the ECDC.

"This outlier event is being investigated. An unusually high false positive rate for the diagnostic test used in Telimele is among the possible explanations.

"Other explanations include a mutation of the virus and genetic resistance to the disease in the local population. Because the sample size is small, the event could also be explained by random variation in disease outcome."

The ECDC also called the risk of infection for international travelers very low "since most human infections result from direct contact with the bodily fluids or secretions of infected patients, particularly in hospitals (nosocomial transmission) and as a result of unsafe procedures, use of contaminated medical devices (including needles and syringes) and unprotected exposure to contaminated bodily fluids."