WHO: Ebola vaccine could be deployed within a week 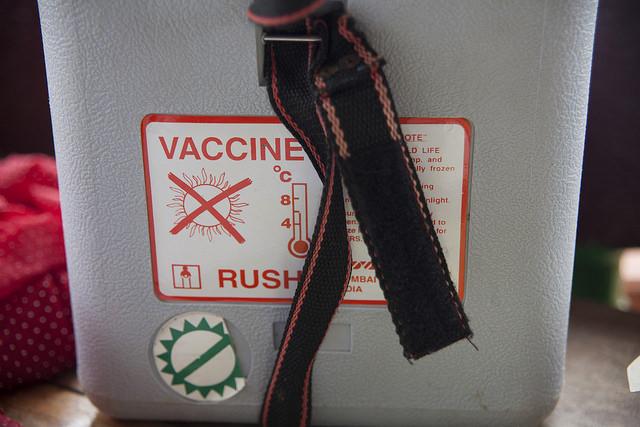 In a telebriefing today on the Democratic Republic of Congo's Ebola outbreak, World Health Organization (WHO) officials said while the country has yet to make a formal request for the Ebola vaccine, such a requisition could be fulfilled within 1 week.

Peter Salama, MBBS, MPH, WHO executive director for the health emergencies program, joined by Matshidiso Rebecca Moeti, MD, WHO regional director for Africa, said, "We could potentially mount a campaign within a week if all of the conditions are met and personnel, financing, and logistics are in place."

Throughout the briefing both officials emphasized the extreme remoteness of the Lakati health province, the epicenter of the current outbreak. They said there are less than 20 kilometers of paved roads in that corner of DRC, and no telecommunication infrastructure. Moreover, the area is not politically stable, and there are reports of activity by the Lords of Resistance Army.

"The challenge is getting to the cases," said Moeti, when addressing the possible risk of the virus spreading to other parts of the country.

Salama said that there were currently 18 suspected cases of Ebola, resulting in three deaths, and two cases of laboratory confirmed Ebola. He offered no new details about the index case, a 39-year-old man who died en route to a hospital, but noted that a person caring for the man in addition to the motorcycle driver transporting the man have both perished from the disease.

Salama said that while it's best to "never, ever underestimate Ebola virus disease," the risk on a global level from this outbreak was very low given the remote location, which is approximately 1,400 kilometers north of Kinshasa. Yesterday, the first Ebola treatment center opened in the Lakati public hospital.

"DRC has a strong experience in dealing with these things successfully and a proven track record of dealing with Ebola outbreak," said Salama. "But as of now, we do not know full extent of the outbreak."

Salama offered more details about a possible vaccine campaign, which would be modeled after the 2015 ring campaign used in Guinea. He said the vaccine must be kept at a temperature of -80 centigrade, a challenge in an area without wide-scale electrification.

Salama and Moeti also fielded questions concerning a mysterious cluster of diseases reported near Azande and the South Sudan border.

"There is another outbreak being tracked," said Salama, but noted that the reports of over 30 cases of deadly diarrhea could be caused by Shigella.

Finally today, encouraging news from researchers in the United Kingdom: Despite reporting several "near misses" and possible exposures, foreign health care responders who traveled to West Africa during the 2014-2016 outbreak had almost no Ebola antibodies in oral fluid samples. Of the 268 samples collected, 266 were negative for Ebola. Of the two with reactive oral fluid samples, one was negative on further blood testing and the other had conflicting results on follow-up assays. Neither had been sick, and the authors said Ebola infections were unlikely.

The results of this cross-sectional study were published in PLoS Medicine. Forty-three study participants reported having had incidents with risk of Ebola transmission, including five intermediate-risk and one high-risk exposure.