WHO notes 19 suspected Ebola cases in the DRC 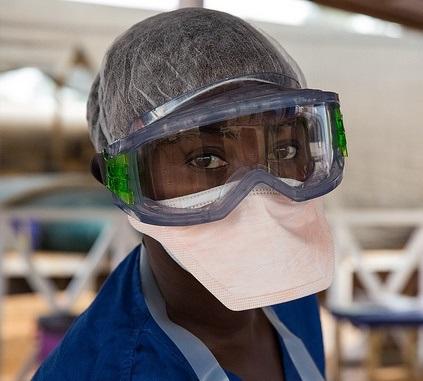 Today the World Health Organization (WHO) said there were an additional 2 new cases of suspected Ebola virus disease in a remote northern region of the Democratic Republic of the Congo (DRC). This raised the total number of cases to 19, with 3 deaths likely caused by the deadly disease.

In a situation report, the WHO's African regional office provided more details on the presumed index patient: a 39-year-old man who died en route to the Likati Health Center on Apr 22. His motorcycle taxi driver subsequently died on Apr 26 after developing Ebola symptoms on Apr 24.

As of yesterday, the WHO said the case-fatality rate is 15.8%. The cases reported are from three areas in northern DRC: Nambwa (10 cases and 2 deaths), Mouma (3 cases and 1 death), and Ngay (6 cases and no death). A total of 125 contacts of the 19 suspected cases have been identified and are being followed daily. The external report said there are six patients currently hospitalized, and that WHO and local health officials were working to disinfect materials and homes of patients and put in place safe burial practices.

Only five samples from suspected patients have been subjected to laboratory testing, with two confirming infection with the Ebola Zaire subtype.

No concrete plans for vaccine use

There is no mention of a vaccine implementation plan in the external report. Today, Stat reported that that GAVI, the Vaccine Alliance, was preparing doses of the Ebola vaccine rVSV-ZEBOV to deliver to the DRC.

When asked by CIDRAP News if there were plans to vaccinate health care workers or those facilitating burials, WHO spokesperson Tarik Jasarevic said the WHO and its partners are "completing the epidemiological investigation to better understand the extent of the current outbreak and who are potentially at risk of Ebola.

"If pertinent, ring vaccination, as used in the phase 3 study in Guinea, would be the recommended delivery strategy," Jasarevic said. Ring vaccination focuses on inoculating those who had close contact with a patient first, then moving out in concentric, widening circles of contacts.

"In the meantime, preparations have been accelerated to ensure that vaccine and equipment be available on site. Moreover, appropriate ethical and regulatory authorization have been sought." The vaccine has not yet been approved for use in the DRC.

The Africa Centers for Disease Control and Prevention on May 13 activated the Emergency Operational Centre to monitor the current Ebola outbreak. They released a statement the same day.

"The Africa Centers for Disease Control and Prevention has activated its Emergency Operation Centre to closely monitor the situation. A team of experts is on standby for deployment to respond to the emergency based on the needs on the ground as we work on the modalities with the government authorities in the DRC and coordinate with the WHO and partners," said John Nkengasong, MD, the director of the Africa CDC.

In other Ebola news, there are two new developments that stem from the 2014 West African Ebola outbreak, history’s deadliest. Japanese researchers have developed the world's first self-donning system for surgical gowns, eliminating the risk of environmental contamination.

"The notable feature of this gown is that there is practically 'zero splashing' of infectious substances from the gloves as the wearer can take off the gown while wrapping the gloves inside-out at the same time, as opposed to a conventional gown where the wearer needs to take off the gloves first in order to undo the strings and the belt," said a press release from Osaka University.

The second development was a new information gathering tool developed by a team at Penn State, which pinpoints missing information during an outbreak that would help management make decisions. The method is described in the current issue of the Proceedings of the National Academy of Sciences (PNAS)

According to the researchers, the new tool offers "value of information" analysis, which identifies critical questions that must be answered before decision making. The method is used in economics and wildlife management.

May 15 WHO situation report