WHO official highlights Ebola security challenges: 'We are so close' 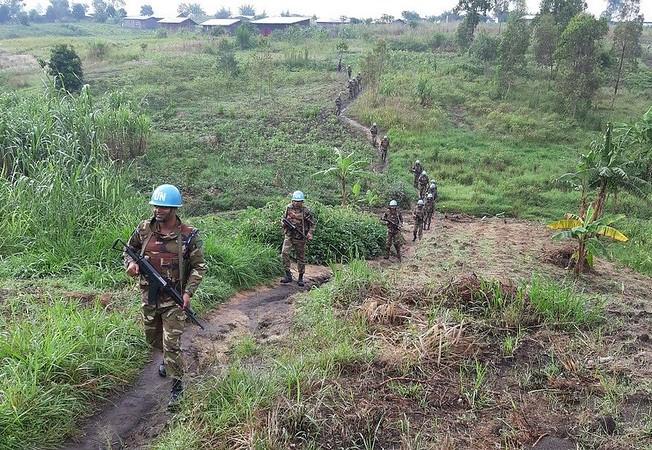 Today Mike Ryan, MD, the World Health Organization (WHO) executive director of health emergencies, spotlighted recent violence in the Democratic Republic of the Congo (DRC) and its impact on the Ebola outbreak response and issued a dire warning.

"We just want to express how alarmed we are that a lack of access and security is now preventing us from ending the outbreak," Ryan said. "At this stage of the outbreak, one case matters, one case can reignite the outbreak, and means the virus can get ahead of us again."

Over the past weeks, the number of new Ebola cases in North Kivu and Ituri provinces have dropped significantly, and transmission chains have been winnowed to a select handful carefully followed by DRC and WHO response workers. As of today, only five health zones in the DRC have confirmed Ebola cases.

But violence between the DRC military and local member of the ADF, the Allied Democratic Forces, a rebel terrorist organization, have increased.

Ryan said in the past 2 weeks 40 civilians have been killed as a result of these skirmishes, including 11 over the past weekend in the area of Beni.

"In very key areas, the footprint of violence and insecurity has once again aligned itself with the footprint of Ebola," Ryan said. In Beni and Butembo, outbreak response has stopped because of local protests against the ADF and military violence, and in Oicha and Lwemba, response has been hindered by military action.

Ryan said the relationship between the WHO and DRC remains well-aligned, and health workers are continuing to track 4,000 alerts and validate 500 cases per day.

But a recently confirmed case in Oicha stretches the limits of outbreak response, Ryan said.

"The Oicha case has high-risk contacts," Ryan said. "It's active transmission in an area with active military engagement."

Ryan said health workers are currently doing their best to track the 205 contacts listed around the recent case in Oicha, with 60 of those contacts (29%) deemed high-risk. Only 19 contacts have been located so far. The Oicha case also produced 159 contacts in Kalunguta.

"Just when we need unlimited and unfettered access in key areas, we have lost it," Ryan said. "I don't believe we are going to see an explosion of cases, but we are so close and have the opportunity to finish. Security has become the major obstacle to do that."

Today the WHO's Ebola dashboard reflects 1 new case, raising the outbreak total to 3,299, including 2,196 deaths. A total of 423 suspected cases are still being investigated.

From Nov 11 to 17, nine new Ebola cases were confirmed in three health zones in North Kivu and Ituri, the WHO said.