WHO pushes back against Ebola-related flight bans 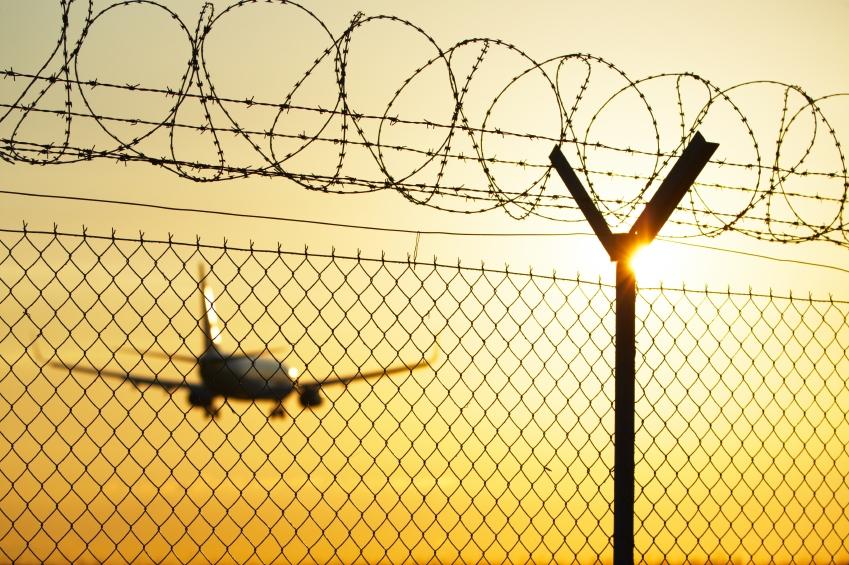 With some airlines suspending flights to West Africa's Ebola outbreak region, the World Health Organization (WHO) today restated its position that the risk of disease transmission during air travel remains low, as a few doses of an investigational drug reached Africa.

Korean Air Lines (KAL) announced today that it would suspend flights to Nairobi, Kenya, starting Aug 20 to prevent the spread of Ebola virus disease (EVD), according to a report today from Reuters. KAL operates three return flights from Nairobi each week. Kenya has not reported any Ebola cases and does not border the affected area, though the WHO has urged it to take extra precautions, given the volume of travel between it and the outbreak countries.

Earlier this month, British Airways said it was suspending service to Liberia and Sierra Leone because of the EVD outbreak. Emirates Airlines, based in Dubai, has also suspended flights to Guinea.

So far, only one travel-related illness has been detected, in an airline passenger from Liberia who was sick upon his arrival in Nigeria, an event that sparked a transmission chain in the capital, Lagos. However, some airlines are concerned about the safety of passengers and staff who might need to seek care in a medical facility in outbreak countries.

WHO repeats advice against flight suspensions

Isabelle Nuttall, MD, director of the WHO Global Capacity Alert and Response, said in a WHO statement today that unlike flu and tuberculosis, Ebola doesn't spread through the air. "It can only be transmitted by direct contact with the body fluids of a person who is sick with the disease."

The WHO added that on the small chance that someone on a plane is sick with Ebola, the likelihood of other passengers and crew having contact with their body fluids is even smaller. Typically, when a person is sick with Ebola, they are so unwell that they can't travel. Health experts also say people who are infected with Ebola can't shed the virus until they have symptoms.

Last week the WHO's emergency committee on Ebola said the outbreak developments in West Africa qualify as a public health emergency of international concern (PHEIC), and it recommended a set of measures to curb the spread of the disease. The panel urged no bans on international travel or trade and that countries make sure they have the capacity to identify and care for travelers from Ebola-affected areas who arrive at travel hubs or destinations with unexplained fevers or other symptoms.

On its Twitter account today, the WHO said international airlines in affected countries are putting systems in place to screen passengers for possible infections. Global health officials have said exit screening in outbreak countries is likely to be more effective for flagging illnesses than entry screening in destination countries, because nonstop flights from African countries aren't the most common route, and it's more difficult to track passengers when they take multi-leg flights.

The WHO also tweeted that it is disappointed when airlines stop flying to West Africa: "Hard to save lives if we and other health workers cannot get in."

In treatment developments, the first three doses of the experimental drug Zmapp arrived in Liberia last night, with two of them earmarked for two of the country's doctors who are in an isolation center at a hospital in Monrovia, the capital, AllAfrica reported today.

A Liberian health official said the government negotiated with the company, with the approval of the US Food and Drug Administration (FDA), to explore how the drugs could be given to the patients in Liberia. He also said negations are underway with other firms developing experimental Ebola drugs, including the Canadian company Tekmira, which makes the only Ebola treatment that has entered clinical trials.

Meanwhile, the president of NewLink Genetics Corp., which is developing an experimental Ebola vaccine based on technology developed by Canadian government researchers , said at least two contract manufacturers have been found to produce "tens of thousands" of doses in the next month or two, according to Reuters.

Charles Link, MD, told Reuters that the company's subsidiary has received funding from the US Department of Defense to speed up clinical trials and manufacturing. Canada's government recently announced that it will donate 800 to 1,000 doses of the vaccine that it has on hand to the WHO for use in battling the outbreak.

In another move that could speed development of an experimental treatment, BioCryst Pharmaceuticals, based in Research Triangle Park, N.C., announced yesterday that it has received an additional $4.1 million from the National Institute of Allergy and Infectious Diseases (NIAID) to conduct a phase 1 clinical trial of an intramuscular treatment for Ebola and other viral hemorrhagic fever diseases.

The additional funding for the treatment, called BXC4430, will also cover studies in nonhuman primates to gauge effective dose ranges and schedules.

The NIAID made its initial grant to BioCryst , valued at up to $22 million over 5 years, in September  2013.

In other developments, the FDA today warned consumers about online companies that are selling products to prevent or treat Ebola. In a statement it said it has received consumer complaints about a variety of products.

Though Ebola vaccines and treatments are under development, in early stages with very limited supply, there are no approved products that have been tested for safety or effectiveness, the FDA noted. The agency added that by law, dietary supplements can't claim to prevent or cure disease.

The FDA also mentioned that the CDC doesn't view the outbreak as a significant threat to the US public and noted that during outbreaks, fraudulent products that purport to prevent or treat the disease often appear on the market.

Guinea's government has declared a national health emergency to tamp down the spread of Ebola, BBC News reported today, based on information from Guinea's state radio. The action is meant to trigger tighter border controls, order the immediate isolation of people with suspected infections, and prevent the movement of dead bodies from one town to another.

Sierra Leone has lost its second top doctor to EVD, Dr Modupeh Cole, who died yesterday at a Doctors Without Borders treatment center in Kailahun, the New York Times reported.

The health ministry said he was exposed to the virus while working in a hospital in Freetown, the capital, according to the Times report.

Nigerian health officials also today reported another death of a health worker, a nurse who had helped care for the country's first EVD case, a man whose illness was detected in Lagos after he had flown in from Liberia, the Associated Press (AP) reported today.