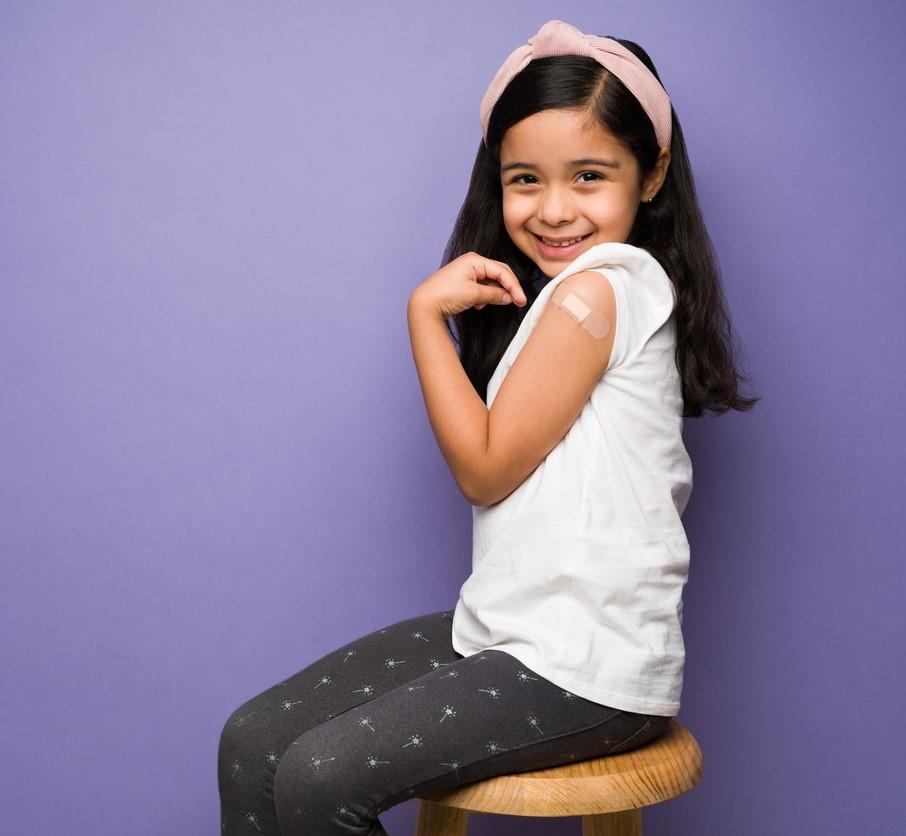 The Food and Drug Administration (FDA) today announced that it has authorized for emergency use updated bivalent (two-strain) COVID boosters for children as young as 5, and shortly after, the Centers for Disease Control and Prevention (CDC) announced its recommendation, which paves the way for the shots to be given.

In global COVID developments, cases on a whole continue to fall slowly, but some countries in Europe and Asia are seeing the start of new waves.

Aiming to protect kids this winter

In its announcement, the FDA said the emergency use authorization (EUA) extension is for the updated booster to be given at least 2 months following the primary series or the last booster dose. The Moderna booster is approved for kids as young as 6 years old, and the Pfizer version is now authorized for kids down to 5 years old.

The new booster is designed to shore up waning protection and target the BA.4 and BA.5 Omicron subvariants.

In the FDA statement, Peter Marks, MD, PhD, who directs the FDA's Center for Biologics Evaluation and Research, said kids' return to school and people resuming prepandemic behaviors and activities increases the risk of virus exposure and spread. He said though children's illness tends to be less severe, throughout COVID waves, more children have gotten sick and been hospitalized.

A few days ago in its weekly update, the American Academy of Pediatrics (AAP) said COVID cases in kids for the week ending Oct 6 slightly increased from the previous week, with nearly 40,700 cases reported.

"Children may also experience long-term effects, even following initially mild disease," Marks said, as he also urged parents to consider the primary series for their kids, followed by the updated booster.

Just hours after the announcement, CDC Director Rochelle Walensky, MD, MPH, signed off on the use of bivalent boosters in kids ages 5 though 11. On Twitter, she said, "This is a critical step in our fight against COVID-19. An updated vaccine can help bolster protection for our children this winter. Talk to your child's healthcare provider for more information."

For the US population overall, uptake of the new booster has been low, with about 11.5 million having received it. The Biden administration is planning to work with medical societies and other trusted messengers to get the word out about the updated boosters, according to Politico.

And yesterday, White House COVID-19 Coordinator Ashish Jha, MD, urged Americans to get the updated booster by Halloween to maximize protection against the virus by Thanksgiving and the winter holidays, according to the Associated Press.

Global cases fall, but waves build in some nations

The global decline in COVID cases continued last week, with illnesses down 10% compared to the week before, the World Health Organization (WHO) said today in its weekly update on the pandemic. Cases dropped in all six world regions but remained similar in Europe compared to the previous week.

Of the more than 2.8 million cases reported to the WHO, the five countries reporting the most were Germany, China, France, the United States, and Italy.

Deaths stabilized last week, with about 9,000 fatalities reported. The drop was felt across all regions except for the Americas, which reported an 11% rise compared to the previous week.

In related developments, top health officials in Europe today warned that another COVID wave has begun. Officials from the European Centre for Disease Prevention and Control (ECDC) and the WHO European regional office urged countries to protect vulnerable groups by coadministering flu and COVID vaccine whenever possible.

Aside from rises in several European countries, a few countries in Asia are also experiencing increased activity. In China, a rise in COVID cases in the wake of holiday week travel has prompted mass testing, school closures, and targeted lockdowns in parts of major cities, according to Reuters.  And in Singapore and Bangladesh, the XBB Omicron subvariant is fueling small surges in cases, according to Fortune.

At a WHO briefing today, Director-General Tedros Adhanom Ghebreyesus, PhD, said the COVID emergency committee will convene tomorrow in its regular meeting to review the latest developments. WHO emergency committees typically meet every 3 months or more often as needed.

In vaccine developments, an intranasal version of AstraZeneca's COVID vaccine didn't meet its protection goals in a phase 1 study, researchers from the University of Oxford said yesterday. Meanwhile, Novavax, in a meeting presentation today, revealed that its recombinant nanoparticle COVID vaccine—when used as a booster—induced robust antibody titers against Omicron subvariants, including BA.5.