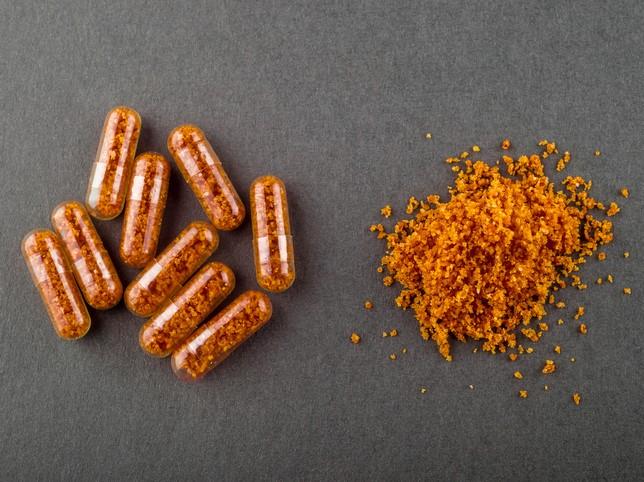 Editor's note: This story was updated on Mar 13 at 4:15pm with additional information from OpenBiome.

The US Food and Drug Administration (FDA) yesterday issued a safety alert about the potential risk of serious, even life-threatening, infections linked to fecal microbiota transplantation (FMT) after six patients were infected with diarrhea-causing Escherichia coli following the procedure.

"FDA is informing patients and healthcare providers of the potential risk of transmission of pathogenic bacteria by FMT products and the resultant serious adverse reactions that may occur," the agency said. "Patients considering FMT for the treatment of C. difficile infection should speak to their health care provider to understand the associated risks."

STEC is a pathogenic form of E coli that causes abdominal pain, bloody diarrhea, vomiting, and mild fever. EPEC generally doesn't cause any symptoms, but some strains can cause diarrhea.

The stool used in the procedures all came from Boston-based OpenBiome, the country's largest stool bank. The company said in a press release yesterday that the cases are the first reports of likely transmission of pathogens by FMT involving stool that came from OpenBiome, which has shipped more than 50,000 FMT treatments to physicians since 2013.

The FDA says bacterial isolates from the patients' stools are not yet available to determine if the STEC or EPEC organisms are genetically identical to the organisms from the stool donors—a finding that would confirm that the donor stool was the source of the infection.

In response to the safety alert, OpenBiome says it is immediately implementing changes to its screening program in collaboration with the FDA.

While the company has previously screened donor samples for STEC via enzyme immunoassay, and says the donor involved in the STEC cases tested negative at all screens, OpenBiome will add polymerase chain reaction (PCR) testing for STEC to its screening process. PCR tests on retained donor samples conducted after Openbiome was notified of the infections were found to be positive for STEC.

The retained stool samples from the donors linked to the EPEC infections were found to be positive for EPEC upon further testing from OpenBiome. The company says it has not previously screened donors for EPEC, a position based on international and national guidelines, but will immediately implement EPEC screening by PCR into its donor screening protocol.

"In addition to updating and implementing STEC and EPEC screening into our quality and safety protocols, OpenBiome is also working with FDA to implement retrospective screening of units to ensure that available material meets these new standards," the company said.

After reporting the infections to the FDA, OpenBiome received information that two additional FMT recipients who received stool from the donor linked to the STEC infections had died. The company said in an update today that the treating clinician for one of the patients determined that the patient had died from underlying cardiac causes, and testing for STEC was not performed. In the second case, testing of donor material was negative for STEC.

"Therefore, it was determined that the death was unrelated to STEC," the company said.

The idea behind the procedure is to introduce healthy bacteria from a donor into the gut microbiome of a sick recipient and restore the balance between good and bad bacteria.

But this is the second safety alert issued by the FDA regarding FMT. In June 2019, the agency warned of the potential for dangerous infections after two FMT patients developed drug-resistant bloodstream infections and one died, and the agency halted a number of FMT trials until additional screening measures could be put in place. A subsequent paper in the New England Journal of Medicine revealed that the two patients, both of whom were enrolled in clinical trials at Massachusetts General Hospital in Boston, had extended-spectrum beta-lacatamase (ESBL)-producing E coli in their blood.

The two patients had both received stool from Mass General that came from the same donor. While the hospital had screened the stool for C difficile and the presence of drug-resistant pathogens by the hospital, it had not screened it for ESBL-producing E coli. The authors of the paper could not conclusively attribute the infections to FMT, but suspected the patients likely acquired the pathogen from the procedure.