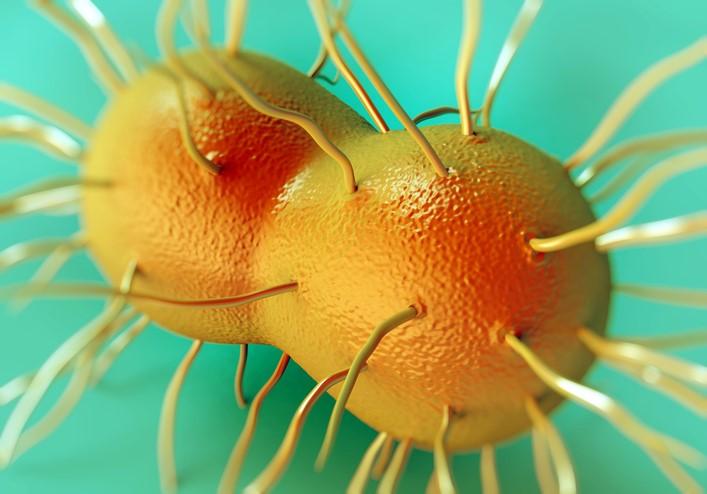 A comprehensive genetic analysis of gonorrhea strains in Europe is providing a clearer picture of the distribution of antibiotic-resistant strains of the sexually transmitted infection throughout the continent.

The surveillance study, published today in a report by the European Centre for Disease Prevention and Control (ECDC) and summarized in the Lancet Infectious Diseases, used whole-genome sequencing (WGS) in conjunction with epidemiologic data and antimicrobial resistance (AMR) profiles to analyze the gonococcal population in 20 European countries. The results show a wide diversity of gonorrhea strains both within and among countries, with certain genotypes and clones predominant, along with changes in the epidemiologic profiles of certain strains.

The authors of the report note that while the results need to be interpreted with caution given the variation in sampling strategy and the number of isolates collected in different countries, they demonstrate the important role that this method of DNA fingerprinting can play in gonorrhea surveillance.

"We show that whole genome sequencing gives a true picture of where sensitive and resistant strains are circulating, which will allow doctors to quickly spot the emergence of new, antibiotic resistant gonorrhoea strains," first author Simon Harris, PhD, senior scientist with the Wellcome Trust Sanger Institute, said in a press release.

To get a better understanding of the spread of antibiotic-resistant strains of gonorrhea in Europe and assess the public health relevance of WGS analysis, scientists from the ECDC, the Wellcome Trust Sanger Institute, and the Centre for Genomic Pathogenic Surveillance analyzed 1,054 samples of Neisseria gonorrhoeae collected from hospitals and clinics in 20 European Gonococcal Antimicrobial Surveillance Programme (Euro-GASP) countries in 2013. They compared their results to a previous surveillance study conducted in 2009-10 that used other molecular typing methods, including N gonorrhoeae Multi-Antigen Sequence Typing (NG-Mast).

The results of the analysis showed that the multidrug-resistant NG-MAST genogroup G1407 (174 isolates) was predominant and widely distributed throughout Europe, as it was in 2009-10. This genotype was associated with resistance to cefixime and ciprofloxacin and with intermediate susceptibility to azithromycin. In addition, six of the G1407 isolates were resistant to ceftriaxone, which is part of the recommended first-line therapy for treating gonorrhea (ceftriaxone plus azithromycin). "Accordingly, the continued predominance of G1407 isolates in many EU/EEA Member States is worrying, given their potential to be therapeutically challenging," the authors write in the report.

But the results also show that the prevalence of G1407 has decreased since 2009-2010—from 23% to 17%—and is being replaced by more cephalosporin-susceptible genogroups. In addition, while G1407 was associated with men who have sex with men (MSM) in 2009, in 2013 the strain was associated more with heterosexual patients, indicating that the risks of potential treatment failure aren't limited to a particular group.

Other prevalent genogroups identified in 2013 included G21, G51, G2400, and G4995, none of which were common in 2009-10, a finding the authors say illustrates the instability of the gonococcal population in Europe and demonstrates why constant monitoring of the population is essential. While some of these strains were isolated more frequently in MSM, others were more prevalent in heterosexual patients.

The researchers conclude that using WGS to analyze gonococcal DNA, and combining that information with epidemiologic data and antibiotic resistance profiles, enabled them to identify the clinically important strains of antibiotic-resistant gonorrhea more accurately than other molecular typing methods. Other advantages of WGS include the ability to identify mixed infections and contaminants in samples and accurately predict AMR in many cases.

"The use of molecular typing to predict AMR profiles has clear public health benefits, as it contributes to the understanding of the dissemination of resistance within a population, and facilitates development of targeted intervention strategies, particularly if the association between molecular type and epidemiological characteristics is well defined within the study period," the authors write.

They also suggest that if WGS can be shown to reliably predict drug resistance in gonorrhea strains, that could help clinicians identify the most effective antibiotics for each region.

As part of the study, the researchers have established an openly accessible genomic database that will enable real-time surveillance of gonorrhea and monitoring of changes in resistance patterns.

Gonorrhea is the second most commonly transmitted sexually transmitted infection in Europe, with more than 75,000 cases reported in 2016. Concerns about the spread of extensively drug-resistant gonorrhea were highlighted in March, when a strain that was resistant to both ceftriaxone and azithromycin was identified in a heterosexual man in England. Since gonorrhea has developed resistance to most other antibiotics, the dual therapy is the currently recommended treatment in EU/EEA countries.