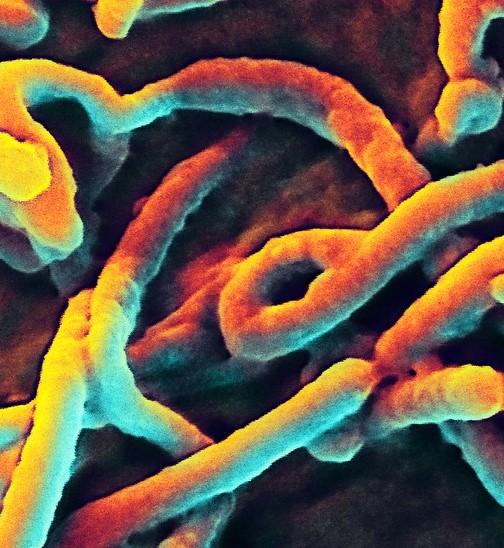 Editor's Note: This story was updated on Feb 15 to specify identification of the Zaire subtype based on new information from a WHO briefing.

Health officials in Guinea yesterday reported an Ebola outbreak in the southeast, marking the first reappearance of the virus in the country since West Africa's massive outbreak that spanned 2014 to 2016.

Also, another illness was confirmed in the Democratic Republic of the Congo (DRC), which is battling a flare-up in North Kivu province, the epicenter of a 2-year outbreak—the world's second largest—that was declared over in June of 2020.

The World Health Organization (WHO) office in Guinea said yesterday that the outbreak is occurring in a rural community of Goueke in N'Zerekore prefecture in the country's southeast, the region where West Africa's earlier outbreak began. The area is also near borders with Liberia and Sierra Leone, the other two countries majorly affected by the 2014-16 outbreak.

The early investigation revealed that a nurse from a local health facility died on Jan 28, and after her burial, six people who attended the funeral experienced Ebola-like symptoms. Two died, and four are hospitalized. Guinea's national lab has confirmed three of the cases.

Funeral rituals, some of which involve handling the body, are known to amplify the spread of the virus.

Matshidiso Moeti, MBBS, who leads the WHO's African regional office, said in a statement, "It's a huge concern to see the resurgence of Ebola in Guinea, a country which has already suffered so much from the disease. However, banking on the expertise and experience built during the previous outbreak, health teams in Guinea are on the move to quickly trace the path of the virus and curb further infections."

WHO staff are in Guinea to help with the outbreak response and to assist with getting Ebola vaccine into the country. The agency said efforts are under way to beef up surveillance in border areas and to notify other countries in the region that are at risk.

At a WHO media briefing today, Michel Yao, PhD, director of strategic health operations, said the samples belong to the Zaire subtype, the same one that fueled the earlier West Africa outbreak. He added that samples have been sent to the Pasteur Institute in Senegal for full-genome sequencing to determine if the virus represents a new introduction or is related to earlier spread.

West Africa's earlier outbreak, which began in Guinea and spread to Sierra Leone and Liberia, resulted in about 28,000 cases, more than 11,000 of them fatal. Smaller related outbreaks occurred in Nigeria and Mali, with a few secondary infections reported in health workers in the United States and Spain.

Elsewhere, DRC officials have confirmed a fourth case in an outbreak in North Kivu that was announced about a week ago, according to Reuters. No details were available about the patient.

The first patient is a woman who died in Butembo, which was one of the main hot spots in the DRC's 2018-20 outbreak. That outbreak was the world's second largest, after the earlier West Africa Ebola outbreak.

The woman whose case appears to have sparked the new DRC event was married to an Ebola survivor, and genetic tests on her samples are being conducted to determine if her illness represents a new introduction of the virus from an animal or other source or if it is linked to the earlier outbreak.

Survivors can harbor the virus in "immune-protected" areas of the body, such as the testes or the eyes. Sporadic cases in the months following Ebola outbreak have been traced to contact with body fluids of survivors.

The WHO said last week that it expected more cases to be reported, given several high-risk exposures among the first patient's contacts, including an unsecured burial.

On Twitter today, the WHO said an Ebola vaccine campaign has launched in Butembo, just 1 week after resurgence of the virus. Health workers at Matanda health center, where the first patient was treated, were the first to receive their doses.