UK flu study: Many are infected, few are sick 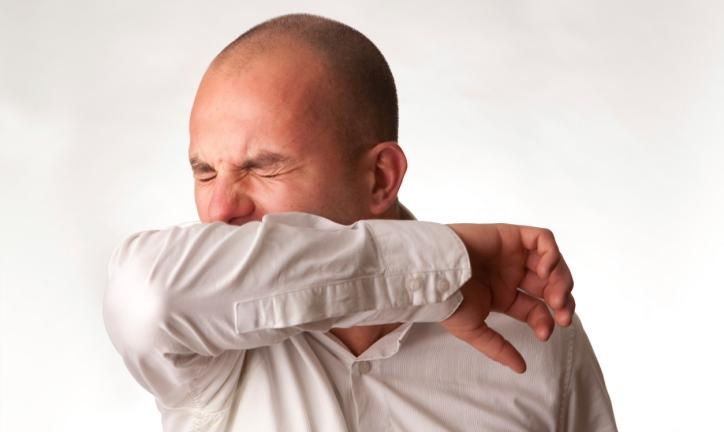 British researchers who tested people for influenza antibodies before and after each flu season for 5 years found that an average of 18% of them appeared to have contracted a flu infection each season, but only 23% of that group got sick, according to a report in The Lancet Respiratory Medicine.

The scientists also found that further tests confirmed flu in only 25% of those whose serologic tests indicated infection, and most of those with confirmed infections didn't seek medical care. The findings were much the same during the 2009 pandemic and non-pandemic flu seasons.

An additional finding of the Flu Watch cohort study, which focused on people who did not receive flu vaccination, was that the pandemic H1N1 (pH1N1) virus caused milder illness than seasonal H3N2 infections.

The authors, led by Andrew C. Hayward, MD, of University College London, say flu cases detected by national surveillance systems represent only the tip of a very large iceberg. "Underestimation of the number of community cases leads to overestimates of severity," they write.

Though the findings may sound surprising, they are generally in line with previous studies, the report says. A federal US flu expert echoed that observation and called the study valuable.

A companion commentary by another expert says the findings raise the concern that people with mild or asymptomatic flu infections may help spread the virus.

Participants provided blood samples for serologic tests before and after each season, and weekly telephone and online surveys were used to gather information on any "cough, cold, sore throat, or flu-like illness" in the household. Volunteers were also asked to keep daily symptom diaries during respiratory illnesses and to submit nasal swabs on the second day of each illness.

Polymerase chain reaction (PCR) was used to detect flu and other common respiratory viruses in the samples, and hemagglutination inhibition was used to measure serum antibody titers.

About 10% of the invited families agreed to participate in the study. The effort yielded 5,448 person-seasons of observation and 3,295 paired serum samples, of which 2,737 (83%) were in unvaccinated persons.

On average, 4% of the cohort had PCR-confirmed flu each season, which included 3% during the pre-pandemic seasons and 5% during the pandemic winter seasons, the report says. The highest rates came during the third pandemic wave (9%) and the 2008-09 season (6%).

In assessing hospitalizations potentially attributable to flu, the authors counted 1 among the 133 PCR-confirmed flu cases and 2 among the 226 serologically identified cases for which data were available. There were two respiratory deaths in the cohort, both of them in vaccinated persons who were older than 65.

The team says the incidence of confirmed flu cases was on average 22 times higher than the incidence reported by the UK's sentinel surveillance system (the Royal College of General Practitioners Sentinel Influenza-Like Illness/Virological Surveillance Scheme).

Another finding was that the pH1N1 virus caused "markedly less severe symptoms" than the H3N2 virus. For example, patients' self-reported symptom scores showed that headaches accompanying H3N2 infections were 2.72 times more severe than those occurring with pH1N1 infections.

However, the report also acknowledges that the 2009 pandemic featured a shift in the age distribution of deaths, "leading to an increase in years of life lost . . . compared with some seasonal periods."

The authors comment that their findings are not without precedent: "Our finding that only 23%. . . of infections are symptomatic is lower than is sometimes assumed, but is consistent with findings from other studies of seasonal influenza and human challenge studies.

Noting that reported flu cases are only the tip of the iceberg of all cases, they write, "Surveillance does not aim to capture the totality of community cases, but low ascertainment means that changes in consultation and reporting behavior during periods of increased concern can make interpretation of trends highly problematic. It is also likely that propensity to consult if ill might vary by country, making international comparisons difficult."

In an accompanying commentary, Peter William Horby, MBBS, of the Oxford University Clinical Research Unit in Vietnam agrees that the findings "reaffirm earlier reports that there are high rates of serological evidence of influenza infection without corresponding disease."

Given the high rates of subclinical disease, Horby adds, "An important unanswered question is the extent to which mild and asymptomatic influenza infections contribute to transmission. . . . A large number of well individuals mixing widely in the community might, even if only mildly infectious, make a substantial contribution to onward transmission."

The findings were welcomed by Joseph Bresee, MD, chief of the Epidemiology and Prevention Branch in the Influenza Division of the Centers for Disease Control and Prevention (CDC).

"This study is quite valuable because I think it's the first study in a long time that has followed so many patients and looked for patients both by antibodies and by isolating the virus from the airway. And what it shows is there are more infections than we otherwise know about," he told CIDRAP News.

He said the findings contain no big surprises, but the proportion of asymptomatic infections is a little higher than was suggested in similar previous studies. Some research done in the late 1960s and early 1970s suggested that about 50% of infected individuals might have no symptoms (as opposed to 77% in the new study), he said.

Bresee said the results don't necessarily have implications for how flu surveillance is done, commenting, "I think in flu surveillance we're mostly concerned about the timing of flu, where and when it occurred, and the disease burden. In those cases we're really looking for illnesses."

However, he added that the data could be useful in studies that involve modeling flu transmission and the impact of new viruses, since people who have flu antibodies have some protection against infection with the same virus.

As for the possible role of asymptomatic carriers in spreading flu, Bresee commented that symptoms correlate with the amount of virus shed. "So my presumption is that asymptomatic infected people will shed less virus than people who are symptomatic, and therefore will contribute less to community spread," he said. "But I'm not sure how much data there are for that."