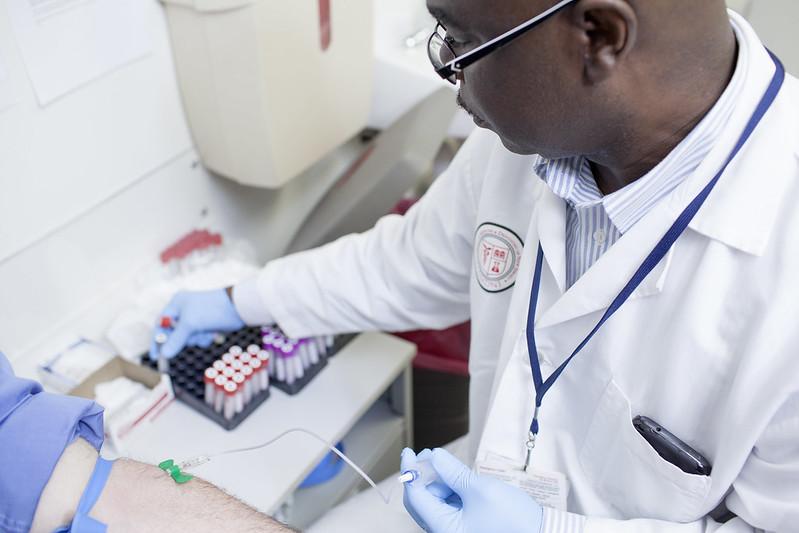 The world made significant progress last year in finding and treating people with new tuberculosis cases, but overall progress is still well below what is needed to achieve the goal of halting the global TB epidemic by 2030, the World Health Organization said in its annual TB report.

The report, released yesterday, says 7 million of the estimated 10 million people with new TB cases in 2018 were diagnosed and treated, up from 6.4 million the year before, and the death toll dropped to 1.5 million, from 1.6 million in 2017. The 7 million figure matches a goal set by the United Nations last year.

As in past years, the report paints a very mixed picture, with considerable progress in some categories and some regions and countries, but with many gaps persisting.

"Today we mark the passing of the first milestone in the effort to reach people who’ve been missing out on services to prevent and treat TB," said WHO director-general Tedros Adhanom Ghebreyesus, PhD, in a WHO press release.

"This is proof that we can reach global targets if we join forces together, as we have done through the Find.Treat.All.EndTB joint initiative of WHO, Stop TB Partnership and the Global Fund to Fight AIDS, TB and Malaria."

Goals for beating the disease

About a quarter of the world's population is infected with Mycobacterium tuberculosis, the cause of TB, and therefore faces a risk of getting sick with the disease, the report notes. Progress in stopping the disease is being measured against a set of ambitious goals adopted in recent years.

The intention to halt the global TB epidemic by 2030 is one of the United Nations' sustainable development goals (SDGs). Specifically, the aim is to reduce TB deaths by 90% and new TB cases by 80% by 2030, compared with rates in 2015.

The WHO's End TB Strategy also includes interim goals, or milestones, en route to the 2030 goal, including a 35% reduction in TB deaths and a 20% reduction in new cases by 2020.

At a September 2018 conference, the United Nations issued a political declaration on fighting TB, which reaffirmed existing goals and added new ones, the report notes. The declaration called for treating 40 million people for TB in the 5 years from 2018 through 2022 and providing 30 million people with preventive treatment for latent TB in the same period.

The WHO said its estimate of 10 million new TB cases annually has been "relatively stable" in recent years, though the toll varies greatly by country. The agency estimated there were 1.2 million TB deaths among HIV-negative people last year, a 27% reduction from the 1.7 million in 2000. For patients with HIV, an estimated 251,000 died, which is down 60% from the 620,000 deaths in 2000.

Most of the TB cases occurred in the WHO's Southeast Asia (44%), Africa (24%), and Western Pacific (18%) regions, the report notes. Eight countries accounted for two thirds of the global total: India, China, Indonesia, the Philippines, Pakistan, Nigeria, Bangladesh, and South Africa.

On the brighter side, the European region is on track to achieve the 2020 milestones for cases and deaths, and those numbers are falling "relatively fast" in the African region (14.1% and 5.6%, per year, respectively), the report says.

A diagnosis and treatment milestone

The detection and treatment of 7 million new TB cases in 2018 meets one of the goals set by the UN last year, because the aim of treating 40 million people between 2018 and 2022 requires treating about 7 million in 2018 and about 8 million in ensuing years, the WHO said.

Most of the increase in new case detections is explained by trends in India and Indonesia, which rank first and third in new cases per year, the agency reported.

The report cites some improvement in treatment outcomes: The global treatment success rate in 2017 was 85%, up from 81% in 2016, thanks mainly to progress in India.

Drug-resistant TB down a bit

The WHO estimates there were about 484,000 new cases of rifampicin-resistant and multidrug-resistant cases of TB (MDR/RR-TB), down about 10% from the year before, but it said both of those numbers have "wide uncertainty intervals." About 78% of the cases were in the MDR category.

Some progress was made in detecting and treating drug-resistant TB between 2017 and 2018, according to the report. In 2018, 51% of people with bacteriologically confirmed TB were tested for rifampicin resistance, up from 41% the year before. A total of 186,772 cases of MDR/RR-TB were detected and reported in 2018, compared with 160,684 in 2017, and the number of case-patients enrolled in treatment also increased. But the WHO said only about one in three people with new resistant cases were enrolled in treatment.

There was some good news on the prevention front: Sixty-five countries reported starting TB preventive treatment for 1.8 million people living with HIV, up from just under 1 million in 2017. The 2018 number suggests that the goal of 6 million in the 2018-2022 period, set at last year's UN meeting, can be met, the report says.

On the other hand, among people starting HIV treatment in 66 countries, only 49% were started on TB prevention treatment.

"The fight against TB remains chronically underfunded," the WHO said in its press release. It estimates the shortfall for TB prevention and care in 2019 at $3.3 billion.

Last week at a conference of the Global Fund to Fight Aids, Tuberculosis and Malaria, donors pledged $14 billion to battle the three diseases over the next 3 years. The WHO said today that the money "will be critical to strengthen international financing" for the TB fight.

The agency also said money is urgently needed for TB research and development, in the face of an annual shortfall of $1.2 billion. The greatest needs are a new vaccine or effective preventive drug treatment, rapid diagnostic tests, and "safer, simpler, shorter" drug regimens.

In its own press release, the Global Fund praised the report's findings on detection and treatment of new cases. "Efforts to find and treat people with tuberculosis are showing remarkable progress, with 7 million people with TB found globally in 2018, including 600,000 more people than in 2017, the organization said. It said the number of new cases missed by health systems has dropped to around 30% from 40% over the past 3 years.

"It's great to see that concentrated efforts to find people with TB are yielding results," Peter Sands, executive director of the Global Fund, said in the release. "We still have a long way to go on TB, but with strong political commitment and smart interventions, we can close the gap."

The TB Alliance, a nonprofit organization that promotes TB research and development, in a press release also hailed the improvement in finding and treating TB cases and the decrease in deaths. Nevertheless, it said the 1.5 million deaths "remains an intolerable number of deaths from a disease that, under the right conditions, can be prevented and treated, especially with new diagnostics and treatments now becoming available."

The alliance emphasized the need for technological improvements: "The war against TB can only be won with breakthroughs, enabled by sustained investment. Complacency cannot end an emergency."