Amid widespread flu, CDC calls for more antiviral use 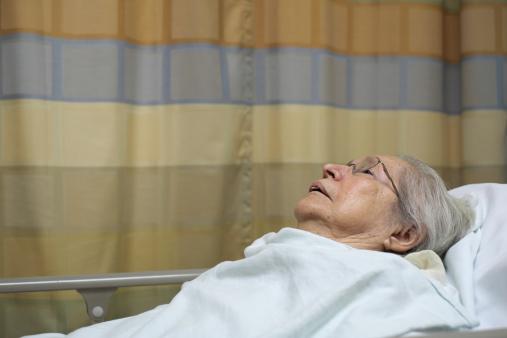 With signs of a rough influenza season continuing to accumulate, the Centers for Disease Control and Prevention (CDC) today said doctors too often are failing to use antiviral medications that could help high-risk flu patients.

"They work, but they aren't being used nearly often enough," CDC Director Tom Frieden, MD, MPH, told reporters at a briefing. He referred to the neuraminidase inhibitors, including oseltamivir (Tamiflu), zanamivir (Relenza), and peramivir.

Frieden said flu is widespread over almost the entire nation, and influenza A/H3N2 continues to be the predominant strain. Those factors and others point to a bad season.

He also reminded reporters that about two thirds of circulating H3N2 isolates don't match well with the H3N2 component of this year's vaccine, noting, "Protection with vaccination against this drifted H3N2 virus will probably be reduced." (Some experts, however, have said there is little correlation between vaccine match and effectiveness.)

The flu season is now 7 weeks old, and a typical season is 13 weeks, he said, adding, "There are signs that flu activity might be declining in some states where the season started early. But it's too soon to say if we've peaked."

The CDC's weekly flu activity update, issued today and covering the week ending Jan 3, shows generally high activity, but a few markers are down a bit from the previous week.

For example, 26 states reported high flu activity, compared with 29 states the week before. On the other hand, 46 states reported geographically widespread flu, up from 43 states a week earlier.

The share of clinic visits prompted by flu-like illness was estimated at 5.6% last week, down a bit from the 5.9% a week earlier. The proportion of respiratory samples that tested positive for flu also was lower: 24.7% versus 30.4%.

The CDC reported 5 flu-related deaths in children, as compared with 6 the week before. That brought the season's total to 26.

The fraction of deaths attributed to pneumonia and flu last week was 7.0%, a notch above the epidemic threshold of 6.9%. In the previous week it was, at 6.8%, slightly below the threshold.

Frieden said the CDC issued a Health Alert Network (HAN) advisory today encouraging the use of antivirals for high-risk flu patients. The advisory says flu should be high on the list of possible diagnoses for patients, given the high level of flu activity, and that all hospitalized and high-risk patients with suspected flu should be treated as early as possible with one of the three antivirals.

"In the context of a less effective vaccine, treatment with an antiviral drug is even more important than usual," Frieden said, referring to the H3N2 mismatch.

He said many people don't know there are prescription flu drugs available, and many doctors don't prescribe them. One study, he said, showed that only 1 out of 5 high-risk patients who should have received antiviral treatment actually received it.

He speculated that some clinicians may be unaware of the CDC guidance on flu antivirals, while others may wait for a positive flu test or may think that it's too late to treat if a patient has been sick for more than 2 days. The CDC advocates not waiting for test results in high-risk patients and says treatment begun more than 2 days after illness onset may still be beneficial.

"If people with underlying conditions who have flu or flu-like illness got treated, we could prevent potentially tens of thousands of hospitalizations and thousands of deaths," Frieden said.

In response to questions about the effectiveness of oseltamivir, he said studies have consistently shown that when treatment is started early, it helps reduce the duration and severity of flu illness. One study in hospitalized flu patients, he added, showed they were much less likely to end up in intensive care if they were treated.

Frieden said a few spot shortages of antivirals have been reported this season, but no major supply problems. "You may have to call around to a couple pharmacies," he said. "There's no overall shortage."

In response to a question, he acknowledged that the cost of antiviral drugs can be a barrier for some people. But he observed that the number of Americans with health insurance has surged—an apparent reference to the Affordable Care Act—and that the copay for a prescription is far lower than that for hospitalization.

A reporter asked CDC officials what people should do if they have possible flu symptoms at a time when clinics and emergency rooms are crowded with possible flu patients.

"We want to see in the clinic especially people at high risk for severe flu, said Joe Bresee, MD, chief of epidemiology and prevention in the CDC's flu division. "We don't want people to avoid seeking healthcare if they have flu and high-risk conditions. Nurse triage lines are a good idea."

Frieden added that it's important for sick people to call their doctor. If they have an uncomplicated case, the doctor may be able to order a prescription without seeing them first, he said. If symptoms are more serious, it's important for the person to seek care.

"We're working on newer ways to get treatment out more promptly," he added. "We may have more information on that next week."

In other comments, Frieden said the CDC expects to have a preliminary estimate of the effectiveness of this year's vaccine in a week or two. He encouraged people to get vaccinated if they haven't yet, as the vaccine is expected to provide good protection against influenza B, which can surge late in the season.

Flu rises to high levels across most of US